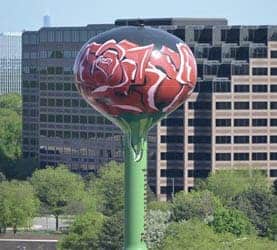 After a too-long hiatus since our last major event in June, the pre-pre-show anticipation of the upcoming ANA has been in full force for about 10 days now, manifesting itself in several ways:

In and around which we have been figuring out how many cases we’ll have at the show, and thus how many coins we’ll be displaying, sorting said inventory, pricing it, laying it out in our display trays, planning where to put our marquee-est marquee items (you know, those highfalutin coins that no one else has that dealers always want to display at a show like this) and generally trying to do as much of this as possible in advance because we know all hell will break loose and there will be no time for any of this when we do eventually get to Rosemont.

Which for us will be first thing Monday AM, slightly later than some other guys (we know this because they have been emailing us over the last two days showing us pictures of various things they already saw / bought / have / want to sell us).

So we will be primed and ready for action when we hit the ground running mere hours from now.