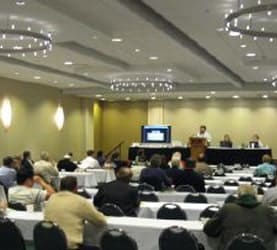 We felt compelled to write this week’s Coin Commentary as a sort of numismatic public service announcement after watching all kinds of people buy all kinds of coins at auction over the last couple of decades.

Now, before the inevitable emails we’ll get from people claiming we are biased, or conflicted, or only trying to get people to eschew auctions and instead pay more for coins from us, we’ll be clear right from the start:

1. Sometimes coins purchased at auction are a really good deal.

2. Sometimes coins purchased at auction are a terrible deal.

3. And often they are in-between.

Before we delve into the ‘Hows’, lets talk about the ‘Whats’ – as in ‘What’s in a typical auction’? We think it breaks down like this:

• Heavily conserved and enhanced coins (which might just be the fresh, eye appealing coins properly or conservatively graded which sold in the last auction).

• Ugly, unappealing and/or overgraded coins which someone is just looking to get rid of and so has dumped them in an auction. We know about these, because sometimes we consign such coins which we have acquired as part of a collection, or which we took as part of a trade, and which are just not good enough for us to put on our website.

If someone knowingly buys a coin which has been heavily conserved, but pays a correspondingly low price, that could be a good deal. Or if he buys a fantastic, eye appealing original coin for top dollar, that could be good too.

Problems usually arise when a buyer misjudges the coins he’s bidding on. Or just flat out overpays. Or both (that ‘both’ can be a real killer).

Never buy a coin sight unseen.
OK, we know this is obvious, and its hardly new news, but an awful lot of people still seem to do it. If you try to bid on coins you have not seen, you’ll end up having to bid ‘safe’ numbers, and if you do that, you stand an excellent chance of getting all the lousy ones, and very little chance at all of getting any good ones.

Don’t ‘wing it’.
While you are winging it, there are going to be experts in the room who have studied the coins, know exactly what’s been conserved or repaired, have detailed information about recent comparable sales prices, know what similar items are in dealer inventories, etc. If you compete with these experts, and you haven’t done your homework, on which coins do you think you will be the high bidder?

Don’t buy stuff at auction you can get for less elsewhere.
A lot of coins that sell in auctions are actually available for less elsewhere, and again we know this from personal experience. We’ll sometimes have a coin in stock for a while with no takers, eventually consign it to an auction unreserved and see it sell for far more than we were asking for it. Now, we realize that many people have no idea who we are and have never seen our website, but probably have heard of Heritage – but we are not the only coin dealers who have observed this phenomenon. We have no explanation for this other than some bidders not doing enough homework (see above), or some people who have convinced themselves to only buy at auction because its ‘cheaper’. Here’s a tip: Often it isn’t.

Never assume all of the other bidders are fools.
If an MS65 coin is in an auction and you bid by phone, sight unseen, and snag it for what seems a bargain price, do you think it is more likely to be because a) all of the experts who flew in to view the lots and carefully study the coins simply missed the boat? Or b) it was an inferior coin for the grade?

Never assume all of the other bidders are not fools.
If you buy a coin at auction, do not assume that the price you paid is safe, or indicative of actual market value simply because there was another guy one increment below you. Sometimes the under-bidder has absolutely no idea what he’s doing. And, even if he was ready to buy the coin for a little less than you at the auction, these guys have a way of evaporating after the sale. Or of going out in the hall outside the auction room afterward and telling everyone that the coin went for too much money, and that they are relieved that they didn’t actually win it (we cannot tell you how many times we’ve seen this – it happens at literally every auction).

Heck, never assume anything.
The catalog description must be correct, right? And the grade on the holder should be accurate, shouldn’t it? And the catalog photo must be a pretty good representation of the item being sold, don’t you think? And there must be a whole bunch of people on the other end of that bank of phones along the wall, right? And that bank of phones is actually plugged in, isn’t it? And surely you are bidding against other live bidders, and not simply the owner of the coin (who might actually be the auction company itself), his proxy, or his reserve, aren’t you?

Don’t get caught up in the excitement of the moment.
Have you ever gone to an auction planning to bid a maximum of $x on a lot, and ended up winning it at $x + 20%? It’s easy to do. Sometimes you’ll see someone catch auction fever, or possibly just revel in the thrill of bidding huge money in front of a room full of people and feeling like a big shot. In our experience, this feeling of euphoria tends to dissipate quickly when the auction bill arrives.

At a live session, never employ the ‘Statue of Liberty’ bid.
Ever go to a live session and see a guy bid on a lot by thrusting his card in the air and then just leaving it there? Did you know that there are people at every auction who might bid against you in that scenario just to make you pay a little more? Or maybe they are having a friend protect a consigned coin. Or maybe they own another example of that same type and see an opportunity to boost the value of their own piece. Whatever the case, broadcasting to the world your intention to keep on bidding is not a good idea, and isn’t likely to save you money.

Don’t ‘ride’ someone else’s bids.
Some people feel a sense of confidence if another more knowledgeable person is also bidding on a particular lot, and adopt an ‘I’ll bid if Mr. X bids’ approach. Problem is these knowledgeable people are knowledgeable for a reason, which is that they are pretty smart, they don’t like people riding their bids, and they will sometimes take an opportunity to ride you directly into paying too much for something. Or, perhaps they are executing a bid for a customer who “must” have it, and is willing to pay some crazy number to buy it.

Do not cut your bid.
If you do identify the right coin to bid on, and set a reasonable maximum, then don’t shoot yourself in the foot by cutting your bid. Instead, familiarize yourself ahead of time with the standard increments that most (but not all) coin auction companies use, choose a maximum bid that falls on a ‘regular’ increment, and then plan your strategy so that, if the bidding gets that high, you land squarely on your maximum number. It’s not easy, and it takes some planning, but it’s worth it to avoid cutting a bid and thus clearly announcing to everyone in the room (usually with the help of an extremely loud auctioneer) that ‘Hey everyone, one more bid will beat me!’

There are other ways not to buy coins at auction, but we think this list is a decent start – in the meantime, we recommend a liberal helping of caution at auctions, along with a heaping side order of common sense.