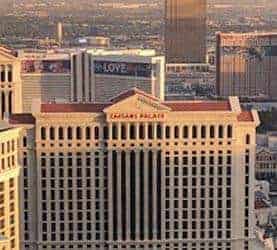 Greetings Road Report reader and welcome to this exciting installment during which we describe our first numismatic trip to fabulous LV, NV since 2012.  2012??!!  How could it have been that long?  That’s an excellent question to which we can’t really provide an adequate answer except to say that we’re really sorry, and will try to do better from hereon out.

Starting Wednesday, at which time Team CRO will be setting up like crazy, offering selections from our current inventory and displaying a lot of cool new coins, including some mega-items which have not seen the light of day in a very, very long time.

We’ll also be buying up a storm (we hope), so if you are coming to the show and have CRO-style coins to sell, we’d love to make you an offer.

Plus we’ll be doing our usual high-quality schmoozing, show-and-telling, trading, grading and pretty much everything else coin related we can think of while we’re here.

And then blogging about all of it each and every morning of the show right here in this space.

Your author enjoys walking as much as anyone.

And that’s good, since this Ceasars Palace venue was built on a scale approximately 10% larger than the actual Roman Empire itself, with multiple towers, restaurants spread as far as the eye can see, massive corridors leading to other massive corridors, and the nearest cup of coffee from our room approximately a 20 minute walk inside the building, past some interpretive wall art: 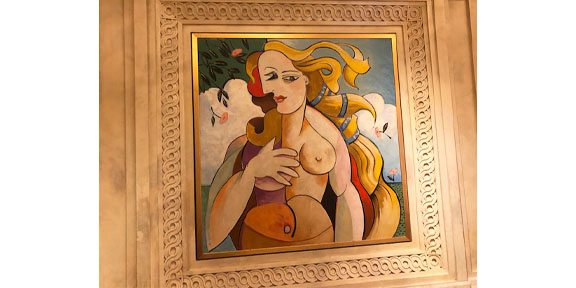 And then some ornate statuary: 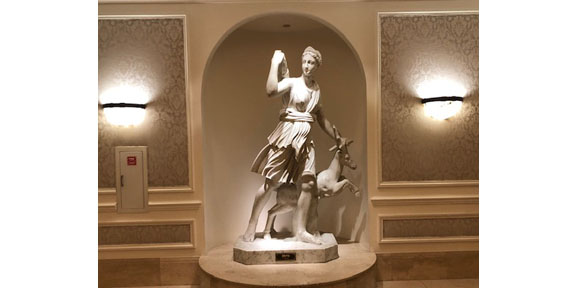 Before finally skirting the people parked at the slot machines smoking like chimneys (sorry, no pictures).

Still, that was a lot closer than the gym, which requires circumnavigating the entire facility (in your shorts) before proceeding up a “Gone with the Wind” staircase to the entrance where you will need to pass through two (2) reception desks (one can assume this level of security is necessary to prevent the hoards of extremely fit tourists from breaking in to use the treadmills).

Fortunately, the show itself is located within the same tower as our hotel room, and in theory should be easily accessible. But even that is down 24 levels and reached via two airport-sized hallways interrupted by dozens of other partly filled ball rooms, hundreds of other people wearing name tags and an occasional massive Washington D.C. subway system-length escalator leading to somewhere.

But whatever you do, do not attempt to find a shortcut back to the lobby, since I tried that yesterday and ended up walking a frankly astonishing distance only to reach a dead end, forcing me to backtrack and start the whole trip over again.

So of course the obvious questions one might have formulated so far are as follows:

To which the answers are kind of, and for sure.

With our day actually beginning pre-show when another dealer sent a text at 7 AM asking if we had anything new.  And since the answer was a resounding yes we of course zipped right over to his room for what turned out to be some nice mid-5 figure pre-breakfast sales.

Before eventually heading down to the aforementioned bourse room at 9, getting set up and then perusing everyone else’s wares.  Which proved useful to the tune of 10 cool NEWPs during the day, most old-holdered, all solidly CRO-style items which will transition directly to our next EB.

Where they will be joined by some of our show grading here, with the first batch coming back pronto in the mid-morning and others trickling out throughout the day. Outcomes made possible by us sending these coins in to PCGS last week for show grading here, which moved them into an early-ish spot in the grading queue. And while that prompt service is always nice, results coming back as we expected is even better, and so far that’s pretty much been the case.

We also managed to sell a few more coins during the course of the day, including some to other dealers, and 3 to collector visitors in the room.

With this satisfying commercial activity interrupted only by the appearance of the epic breakfast and lunch buffets provided by PCGS, some high quality numismatic schmoozing with attendees and one final look at a mock-up of the 2019 PCGS calendar in which we will of course have a month, and will again be featuring a coin totally unlike what anyone else will be showing in any other month.

And then all of a sudden it was 5:30, so we headed out and eventually met up for dinner with a dealer friend at Mr. Chow, a fantastic and totally cool Chinese restaurant in the hotel known for excellent food and a massive 26’ in diameter, 3800 pound kinetic sculpture known as “The Moon” which is suspended (I hope securely) from the ceiling and moves into different configurations while you dine: 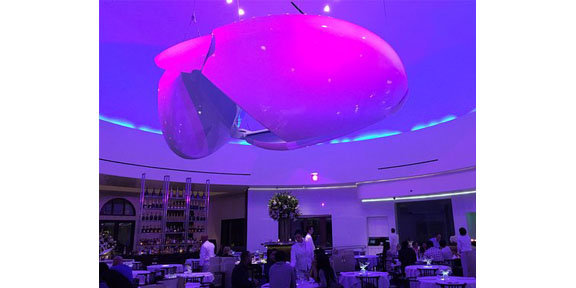 Except last night, where it just sat there.  Which was really the only disappointing thing I can say about that place.  Seriously – if you come here, go there.

After which we finally called it a night in anticipation of what we hope is another good day on Thursday.  With whatever happens to be described right here in just about 24 hours from now.

We’ll be beginning Thursday’s RR with some urgent business, as your author will need to respond to an email from reader R.M. in Glastonbury, CT who stated (and I quote) “I have stayed at Ceasars Palace in Las Vegas, and I believe you are exaggerating the size of that facility”.

To which we respond with this Fitbit photo snapped just as I returned to our hotel room last night and which clearly indicates that I took more steps than one would expect to accumulate at a merely average-sized hotel: 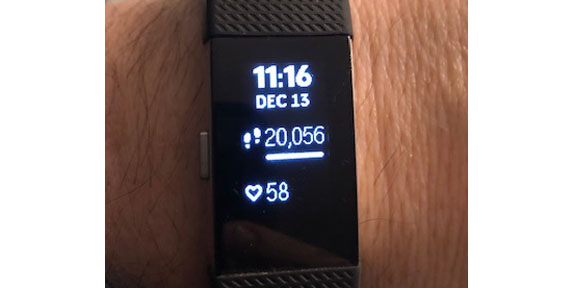 I would also include a photo of my sore feet, but frankly nobody wants to see that here.

More importantly, the question is what did we accomplish with all of that hoofing, to which the answer is quite a lot, actually: 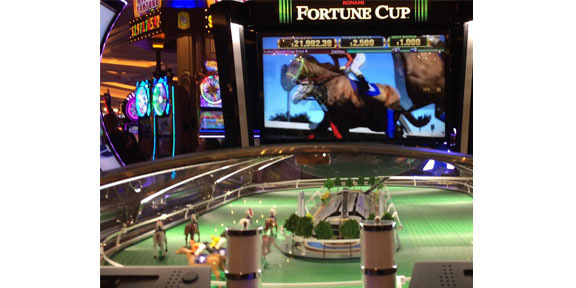 And then called it a (long) day so that we could be ready for an even longer one on Friday, which will include the exact same show schedule for us, followed by a redeye flight back to New England.

From where we will eventually pen Friday’s RR which will, I promise, contain not one single mention of the size of this building, or the steps required to traverse it.

Now back in New England after an exhausting, overnight and extreeeeemely bumpy flight home, we are finally sufficiently recovered to recap this event in a concise, no nonsense Q & A format:

Was it worth coming?
Yes – though that’s not surprising to me, since I always feel that way whenever I attend any show, big or small, anywhere, since we always seem to find some neat NEWPs, sell some cool coins, make some new contacts, etc.  Plus we also got to view all of the Legend lots for the upcoming sale which was a really good use of time.

Will you come back?
Of course – but given the length of the flight from New England, and our show schedule for the year, we can’t do every PCGS Las Vegas show in 2019. Instead we’ll pick our spots at this venue and in New Orleans during periods where there is otherwise a lull in our action.

How was grading?
Pretty much as expected, with a couple higher or lower by a marginal amount.  In other words, very useful, and allowing us to bring everything to market about as we planned.

How was attendance?
In my experience these events are never really crowded, but the people who do attend are quite serious and most are realistic buyers and sellers of the kinds of coins we offer. So it works for us.

How was business?
Excellent.  We sold more than we expected to, and bought about as much as we could reasonably hope to find at a show like this – including way more CRO-style old holders than we normally see at these events.

What’s the scuttlebutt on the changes at PCGS?
As in any changes of this nature, there was no shortage of opinions, with the prevailing view being general optimism and no reluctance at all from anyone to submit coins as per usual. Including us.

So whats’s next for CRO?
A couple of local shows and one more planned Early Bird before year’s end, though time is getting tight and we’ll need to get a move on to make all that happen before we get too deep into the holidays.  So we’ll need to stop doing this and start planning that, right now.