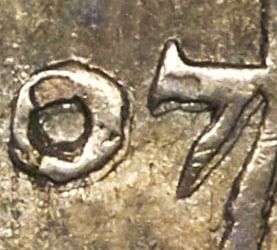 As another exciting numismatic year winds to a close, it is appropriate that we look back and reflect on the new friends we made, the coins we bought and sold, the fun we had, the memorable meals we enjoyed, the wonderful grades we received, the bad bus rides we took and the myriad other events which, in total, conspired to make this the finest and most enjoyable year ever in the history of CRO, ever.

And so, without further ado, let us begin:

Coolest Coin Handled
There were many possibilities, but in the end we believe one piece stands out above all others; the Libertas Americana medal in silver that we purchased at the ANA and sold about two months later: 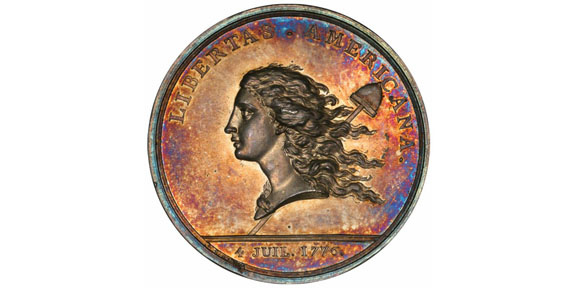 A beautiful, historically significant, rare and important piece, and one that Dave and I firmly believe will be worth multiples of its current value a few years down the road. And at that time, we’ll look back and say “Hey, we used to own that!” (and then swiftly kick ourselves for not keeping it).

Largest Numismatic Cow Averted
This was a more clear-cut case, since we are not prone to having cows unless it is absolutely necessary, and therefore there was only one nominee. I speak, of course, of our famous missing lot from the Bowers and Merena Auction just about one month ago in Baltimore. Our readers may remember that we bought a coin in the Bowers Auction, but when we went to pick it up it was gone, and no one knew where it went. Frankly, we assumed the worst; coin stolen, coin given to the wrong person, some sort of backroom deal to sell it to someone else, etc. – any one of which might have caused us to have a cow of epic proportions. But in the end, Steve Deeds and Bowers came though, locating the coin (which had apparently been inadvertently returned to the consignor for failing to meet its reserve), buying it back from him at a premium and then returning it to us at the (lower) auction price. In the end, we really appreciate the consideration shown by Mr. Deeds and the effort to make things right.

That Coin Golliwogs me Biscuits!
This category used to be called the ‘Most Unusual Conversation Had’, but we have chosen to rename it in honor of the 2007 winner: Dave’s conversation with a foreign coin dealer at the Bay State Show. Though it was entirely in English, Dave had not the most remote idea what had been discussed, what he had agreed to, what was supposed to happen next, or where. And, by the end of the conversation, he was so exhausted he couldn’t bring himself to clarify the stated price for one of the dealer’s coins (a piece worth roughly $800 for which he had been quoted the price “26”. $26? $260? $2,600? 26 Pounds? To this day we have no idea, and frankly that Golliwogs our Biscuits.

Most Memorable Meal
Sure, we could recount all sorts of wonderful meals with good friends at shows all over the country, but the winner in this category was well deserved. And while Dave may lose a friend in relating this story, a Year in Review blog without it would simply be incomplete. Plus the person who is the star of this anecdote has a real good sense of humor. We think. Anyway, Dave and two other dealers headed out to a nice restaurant across from the West Palm Beach Convention Center one evening after a show. When the waitress took their drink order, one of Dave’s dinner companions ordered, “One very large glass of ice water, and as many cut up lemons as you have.” She replied, “OK, so you want 2 or 3 lemon slices in it then?” He said, “No, no, no. I would like 20 or 40 cut up lemons – more if you have them.” 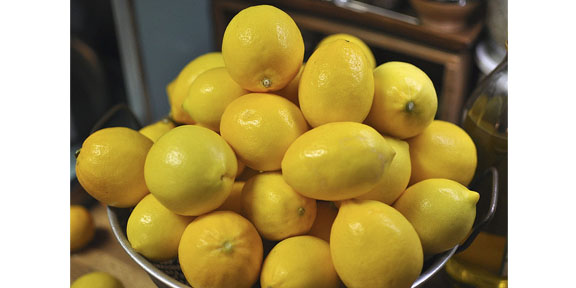 Every time she came to the table she would dutifully bring a bowl full of cut up lemons, and each time she came, he would ask for more. Towards the end of the meal, she was reduced to sneaking the bowl full of lemons under a towel, so as not to attract the attention of her manager. As they were leaving, Dave slipped an XL ‘hazardous duty pay’ tip under the bill. It probably was not enough.

Most Fantastical Flight
There were many nominees for this category, but the no-doubt winner was Dave’s 2 hour flight to Chicago in June which was delayed for 6 hours, causing him to miss an important Stack’s auction session and go just a little bit crazy. And while Dave was steaming as he sat on the tarmac in Hartford, what he did not know at that point was that the airline (whose name we will not mention) was also hard at work losing his luggage: 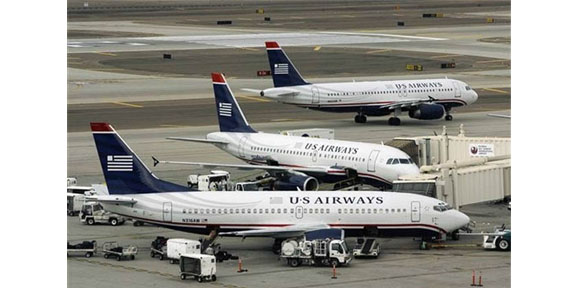 Fortunately, the only thing inside was a dozen absolutely irreplaceable out-of-print reference books and catalogs with two decades worth of hand scrawled notes in the margins which, because they were not made of underwear, were specifically excluded from the airline’s reimbursement policy. None were ever seen again.

Most Interesting Collecting Trend
That would of course be the ‘Boomerang’ phenomenon, as the average collector hold period for rare coins has seemingly shrunk from generations, to decades, to years to merely months of late. Perhaps it is a reflection of today’s shorter attention spans, or higher prices of coins in general, or maybe it is fueled by a desire to explore different series at different times, but we have seen collectors in all series buy coins of all shapes and sizes and then look to either trade them in or sell them back to us just a few months later.

Least Favorite Bus Passenger
Little debate about this one, since we rode exactly one bus during the entire year – the free ‘People Mover’ City of Long Beach shuttle. Lucky for us, we chose the one with the “Angry Passenger” on it. At least he looked angry, with his black combat boots, black knit cap, black shorts and pained expression. Either that or he was about to vomit, I’m not sure which. In any case, he spent the entire ride staring at the various other passengers with an evil pained look on his face and writhing like an eel, which, for my money, added immeasurably to the enjoyment of the ride.

Grading Coin Grading
Our assessment of grading in 2007 was a lot like previous years, which is to say that it was decent – solidly in the B+ range. We had a few frustrations, but by and large we get what we think we deserve. We also note that, at most shows, when lots of other dealers are complaining about every result, we are usually not having the same experience. We think it’s mostly because 1) We generally submit pretty decent stuff, 2) Our expectations are realistic, and 3) Our business model is not predicated upon buying crappy XFs, cracking them out, working on them, and turning them into AUs – if it was, we’d probably be a lot crankier.

And with that, we officially close the book on 2007. We wish to thank all of you who helped make this a wonderful year for CRO, and we look forward to doing it all over again next year (except for that part about the lost luggage, and that guy on the bus).