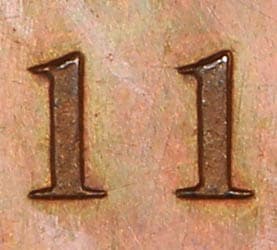 If this is the end of December, it must once again be time for an epic installment of TYIR (even though it feels like we just finished writing the 2010 version).

In reality, that was 15 shows, 107 auctions, 18 Early Bird email lists, 119 new, first time customers, 2 destroyed suitcases, 58 CRO ads, and just under 9,000 coins ago, assorted highlights of which are assembled here for your reading pleasure:

Coolest Coin Handled
While at first this seemed like a difficult decision (since we handled a stunning Pine Tree Shilling and many other high end colonials, some superb early copper, more gem old-holdered US type than you can shake a stick at and some wild esoteric material this year) in the end, the choice was obvious – this other worldly world coin which we carefully placed in our show case at the 2011 ANA in Rosemont and sold about 6 minutes later: 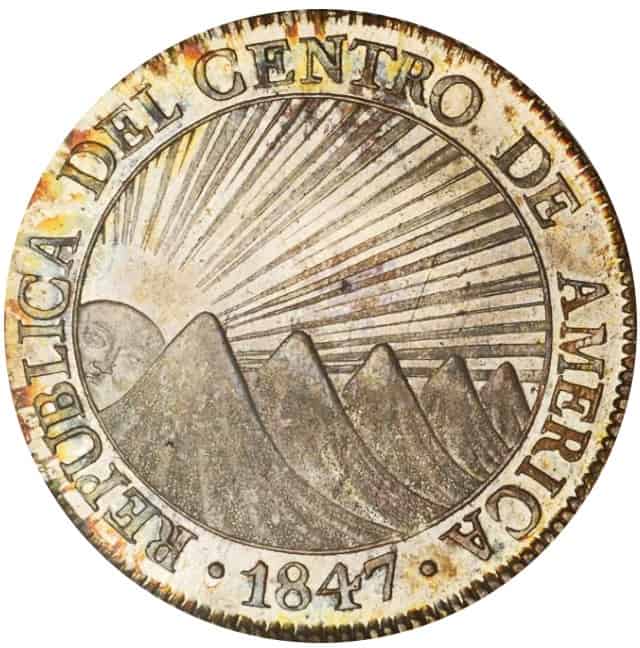 Longest Numismatic Endurance Test
The clear winner here (and the only nominee, actually) was the 8-Day ANA World’s Fair of Money held in Rosemont, IL in August.  And while we are delighted to have survived that experience, our fear, of course, is that someone will conclude that if 8 days is good, 9 would be even better in 2012!  So we’d just like to say (to anyone reading this who has any influence over these things) that we do not think it is a good idea to ever have a coin show which extends across 2 weekends (particularly during the middle of the golf season).

Worst Grading Result
While we had some coins come back graded lower than we expected (like everyone else who has ever submitted any), those results were absolutely stellar in comparison to the coin we submitted back in the spring to a grading service (who shall remain nameless) which flat disappeared (gone, vamoosed) during the grading process never to be seen again.  Of course, the grading service did compensate us extremely fairly for the item, but that is still not exactly ideal from our perspective.

Most Significant Business Trends
Heading into 2011, we made a conscious decision to increase our inventory by a factor of about 3 (and including all sorts of coins that are not intended for the website).  The result has exceeded our most optimistic (i.e. ridiculous) expectations, particularly in the area of attracting new customers, leading Dave to conclude the following:  1) The more coins you buy, the more coins people offer to you, and 2) The more coins you have, the more you will sell.  Sort of a virtuous numismatic circle, as it turned out.

Biggest Frickin’ Soap Opera
Did we mention that we hate soap operas?  We do – which made the ANA turmoil his year particularly unpleasant for us (and lots of other people we know, and certainly others we don’t).  With luck, this will be the last time we mention the ANA in this context, and all involved end up better off than they were before any of this happened.

Best Long Lost Coin Pedigrees Rediscovered
There were some big ones this year, but two stand out as most significant, and ironically they were both the same coin type:

Least Elegant Coin Pick-Up
That would be in October when attempting to pick up a coin from a customer in downtown Boston I circled the block near his office 13 times unable to find a parking spot (on the street, in a garage or anywhere else) before finally giving up, calling the customer, leaving my car idling in a loading zone, conducting the meeting right there on the sidewalk, exchanging the coin for an invoice, racing back to the car and peeling out in a scene any bystander must have assumed was something illicit, but which I assure you was not.

Greatest Exhibition of Coin-Doctoring
This would of course be Dave’s self-diagnosis (using a Google search) and then remedy (using a technique first demonstrated by Detective Martin Riggs in the movie Lethal Weapon) of the shoulder he dislocated during a hard fall at the otherwise problem-free ANA National Money Show in Sacramento in March.  Of all the things to like about the internet, this one is extremely underrated in my opinion (since if Dave hadn’t figured out what the problem was on his computer, I’d have had to take him to the emergency room at 3 AM). 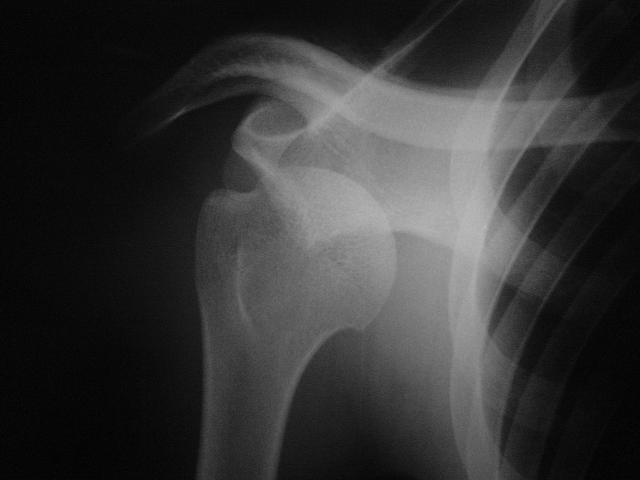 Most Miraculous Christmas Miracle
In a scene fit for a hokey TV Christmas Special (the kind with those creepy little puppets), your author was shocked (in a good way) to discover 3 coins we forgot we owned lying sideways in the back of our “coins to do something with later” box, the coin dealering equivalent of finding a $20 in your pants pocket after getting them back from the dry cleaner.

Biggest Big Deal
For the 2nd year in a row, our biggest single deal of the year took place in the month of December, in this case involving the trade of over 100 assorted world gold coins (slabbed and raw, including one with someone’s initials carved into it) for a very nice, mostly complete collection of choice US type coins in grades ranging from F to AU.  A deal which took about 4 months to construct, negotiate and finally finalize just this week.

Allowing us to end yet another year on yet another high note, just in time to begin preparations in earnest for what we expect to be yet another fantastic FUN show kicking off yet another excellent numismatic year.

But before that, there are a significant number of Xmas cookies to eat and many toasts to be made, including one that goes something like this:  We wish all of our friends, customers and colleagues a happy and healthy 2012!