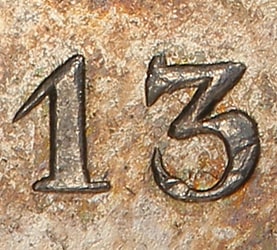 With mere hours to go before the start of 2014, it is once again time to pause, take a deep, cleansing breath and reflect on the always interesting, occasionally exceptional, sometimes record setting, unfortunately unappetizing, deeply heartening and often entertaining things that happened to us in 2013.

And, like all previous years, there was a lot of stuff to choose from, since we attended our usual compliment of major shows, bid in auctions all over the world, handled another amazing array of colonial, federal and world coins of all grades and price points, had 323 new people click on the gold Early Bird button on our home page and add their name to our mailing list, sampled a wide variety of cuisines, started a new wholesale business venture, submitted a veritable ton of coins to the grading services, made six certified CRO mega-trades (in which we receive an XL pile of coins for items in our inventory) and generally worked about 18 hours a day on coin-related activities.

But, as usual, we were able to sort through everything and whittle it all down to a concise list that will begin right at the end of this sentence:

Coolest Coin Handled
In a year in which we bought and sold more cool, rare, unusual and interesting items than ever before, we think this 1787 George Clinton Cent pedigreed to the Green-Prann-Roper-Steinberg-Royse collections was the coolest for 3 reasons: 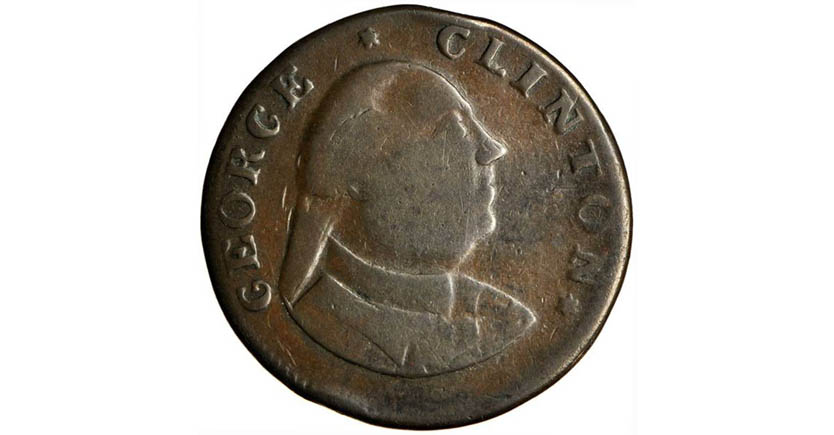 But while that might have been the coolest coin, it was not the most popular. That honor goes to this fantastical MS68 Ike Dollar which we featured in our October 13th ad where it generated no less than 14 orders (including one just this week from a customer who apparently just received this issue of CoinWorld and saw our ad for the first time). Alas, we only had 1 to sell: 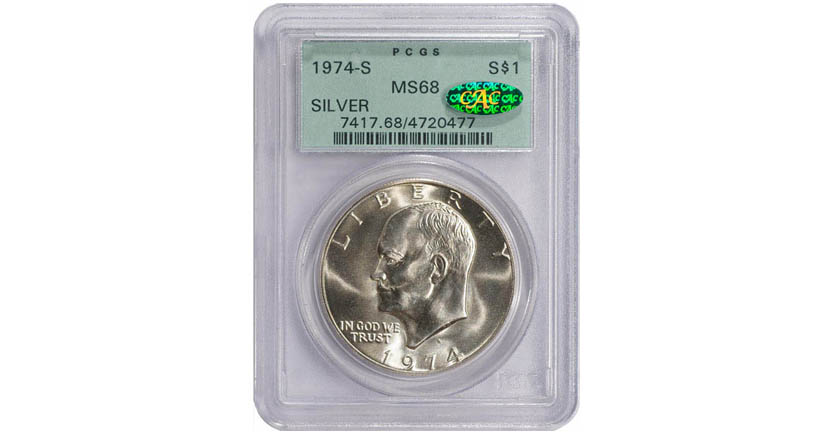 Most Nightmarish Meal
In our various travels through the years, we’ve had our share of lousy meals and poor service, but our awful dinner in May at the Oceana Grill in New Orleans was quite literally a Kitchen Nightmare (something I only learned a few weeks later when I was watching TV and happened to catch foul-mouthed chef Gordon Ramsey on an episode of his show Kitchen Nightmares screaming at employees and hauling rats out of the kitchen at this very same restaurant). Eight months later I still feel queasy when I think about it. 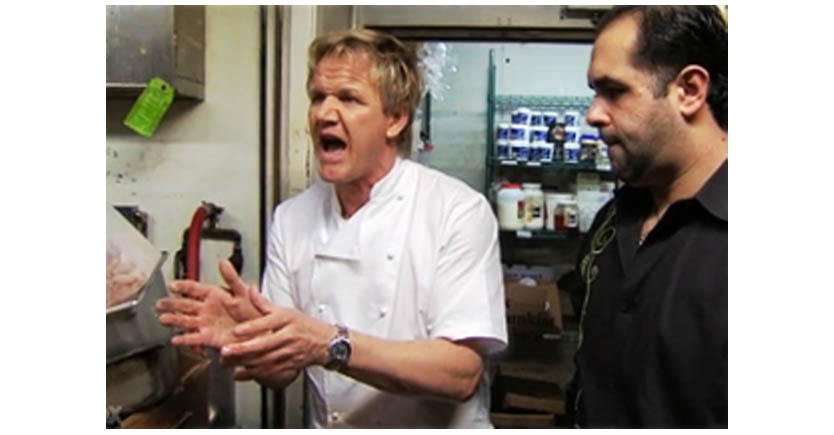 Best Numismatic Argument for the Star Trek Transporter Beam
That would be the day in October that I woke up at 3 AM, caught an early flight to Charlotte, then on to New Orleans, met up with a customer to deliver a mid 6-figure coin, had lunch of turtle soup and stuffed mirlitons (a considerably better meal than the one described above and thus total redemption for the French Quarter) and then turned around and headed home, arriving back in New England around 8 PM. Which by my count was ~15 hours of traveling in order to have a 30 minute meeting and eat lunch (though I would of course do it all over again tomorrow if necessary).

Coolest Auction
Actually in this case I am referring to temperature. And while we sat through a ton of auction sessions during the year, Stack’s-Bowers’ marathon evening auction at the Chicago ANA was the clear winner, with the A/C blasting for no apparent reason causing the people in the row in front of me to dress like Nanook of the North: 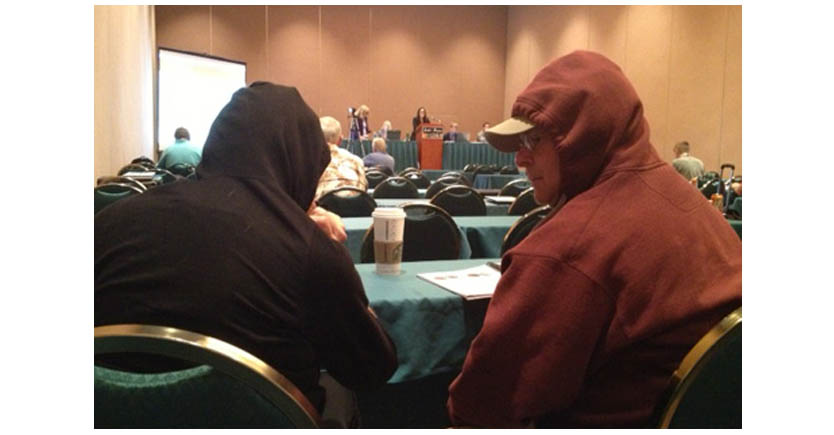 Most Creative Insult Received
Sure, we receive our fair share of insults around here (including those from people who think there is too much levity on this site, and apparently not enough stuff that sounds exactly like what every other dealer writes), but the best one this year would be the collector I met for the first time at the EAC show in April who told me that, based on the tone and tenor of our Road Reports, he had always assumed I was a “Crotchety old man like that character in the animated feature Up!” So that was nice: 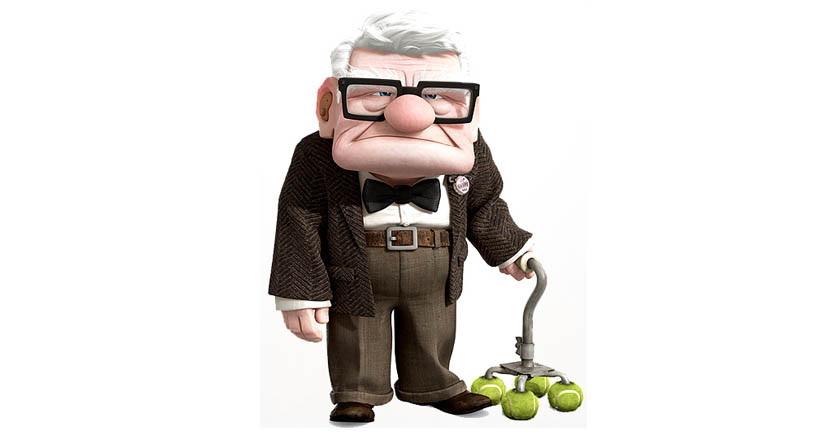 Most Prolific Non-Rogue Trader
As in previous years we were thrilled to consummate a number of significant deals in 2013 in which collectors traded us coins toward pieces in our inventory, a win-win arrangement in which the collector can obtain new items they might not have been able to afford otherwise, and we get new inventory which has been off the market for a while. With our largest such deal this year a trade in April in which we gave 6 rare colonial coins on our website + $12,300 in cash to a collector in exchange for 31 federal coins valued at $311,000 and made both parties very happy in the process.

Best Reason to Take the Stairs
Aside from the obvious health benefits of cardiovascular exercise, taking the stairs would have allowed us to avoid the slightly terrifying experience of being trapped in an elevator at the Sheraton Hotel in Baltimore last March with a woman who repeatedly screamed “I REALLY HAVE TO GO THE BATHROOM!!!!” into the emergency telephone. Fortunately they got us out of there before anything really, really bad happened. 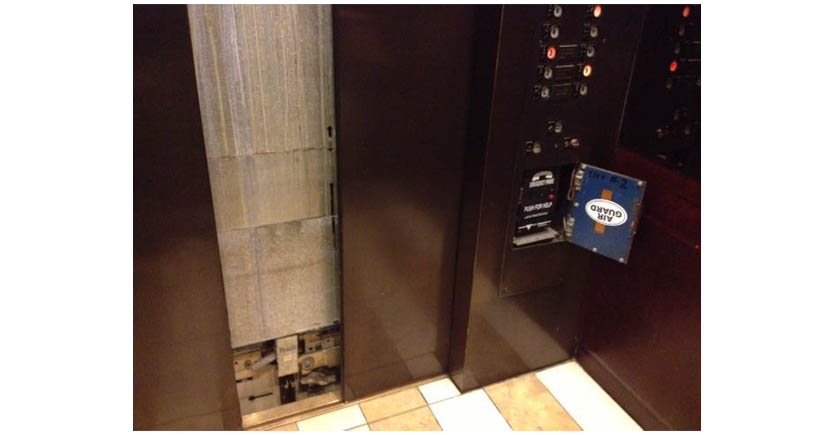 Faith in Humanity Restoration Award
That would of course be the tale of our collector friend who purchased a coin at the FUN show back in January, managed to lose it somewhere in his hotel, feared it was gone forever but then received a call from a lady who found the coin in the hotel and was able to trace it back to him. And not because had his name and phone number on the slab – the coin was actually in a flip with the original auction tag, which the lady who found it used to do a Google search, find the item in the selling dealer’s online inventory, call him and then track down the name and number of the actual owner. Let us only hope that if we lose a coin, someone just as honest finds it.

Biggest Big Deal
That would be our sale in March of 9 coins in one fell swoop to a collector which took not more than a day from the first discussion until we shook hands, delivered the coins and received a wire transfer for the balance.

Which was a significant contributor to our overall 2013 results which we would officially describe as “crazy good”, with a sales total that by mind-November had already exceeded our previous record for a year.

A delightful outcome for which we owe our sincere thanks, as always, to all of our numismatic friends, coin colleagues and, most importanly, our loyal customers  (even the ones who tell us that they thought we were like that old guy in “Up!”).