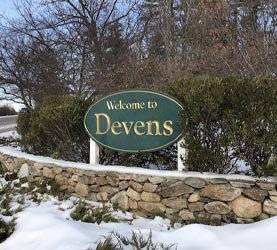 Having enjoyed a relaxing flight from LB, and then moving effortlessly from the airport to Devens in a freezing rain, Team CRO was operating at peak efficiency, with near-military precision and without a hitch.

Except for the part where we were only about 2 miles away from the show when we suddenly realized we forgot to bring the keys to our showcases.  So after I was done swearing, and knowing it was too far to drive home and get them, we decided to borrow every other dealers’ keys in the room and see if they would work in our locks too, finally giving up after about 75 tries and then resorting to trying to pry the cases open with a butter knife (using a technique recommended by another dealer).  Spoiler alert:  That doesn’t work either.

So while we were of course overjoyed with the realization that our cases are virtutally impregnable, there was the small matter of what to do with our coins.  A problem solved in one fell swoop by show organizer Ernie Bott who let us use one of his for the day.

At which time we were back in business and ready for almost anything, which would consist (initially, anyway) of your author buying some weird bank shaped like a WWI artillary shell, followed (thankfully) by some coins.

And then lots of conversations with some long-time local customers and new, never-before-seen visitors to the table, all looking at lots of coins and buying a few.

During what turned out to be a pretty decent event despite the notable absences of 4 or 5 dealers who normally set up here.

But by 1 PM or so your author’s near-total lack of sleep the previous evening was starting to catch up with him, and so we packed up a tad earlier than usual, headed home and immediately crashed so I could be sufficiently rested to start crafting our next Early Bird which, if all goes according to plan, will be launched at noon, as always, on Tuesday.

So I really need to stop doing this and start doing that.