January 18, 2007: Should Coins be Purchased as an Investment? 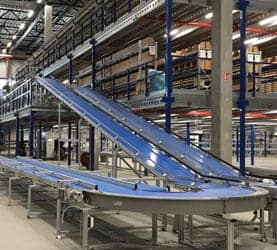 You’re in for a treat today, especially since Dave and I totally disagree on this topic. Which means this will be our first Point-Counterpoint Coin Commentary, almost certain to be filled with polite disagreement possibly culminating in pure, unbridled acrimony with computer YELLING in all caps.

I’ll start, and for the avoidance of any confusion, my thoughts will appear in blue, Dave’s in red:

Q: Should coins be purchased as an investment?
JA: Gee, I sure hope so, since I’m in the business of 1) buying coins and 2) trying to sell them for a profit.

Frankly, I’ve never understood the seemingly disingenuous advice given by some coin dealers that coins should be considered strictly a hobby and not an investment when they themselves are buying coins with the specific intent to sell them for more than they paid. Isn’t that the very definition of investment? Let’s check:

1. The action or process of investing money for profit or material result.
2. A thing that is worth buying because it is profitable or useful in the future.
3. Archaic. The surrounding of a place by a hostile force in order to besiege or blockade it.

Well, other than that last one, I think I’m right.

I love coins. Coins have been very, very good to me, from a number of standpoints, not the least of which is that I make my living buying and selling them. But I don’t think anyone should buy them as an investment.

Hey, wait a doggone minute, you say. Since I – David John Wnuck – make my living buying and selling coins, doesn’t that mean that I am proving each day that coins are indeed a good investment?

Well, I have a good friend who buys and sells used machinery for heavy industry. And he makes a decent living. But I don’t see anyone writing articles in Money Magazine about the hot investment market for enormous conveyor belts and massive pneumatic drills. The fact is that he provides a service, and (on a good day) earns a fee by bringing together a seller and a buyer. Ditto for coin dealers.

When I was Young and Impressionable

I didn’t start out by discouraging people from coin investing. Quite the opposite. While a teenager, I actually wrote an article extolling the virtues of investing in coins. That particular article won me the American Numismatic Association Junior Literary Award for 1978, and a scholarship to the ANA’s Summer Seminar to boot. In fact, I was so enthused about this investing angle during the 1980’s that I designed a full color brochure about investing in coins (I think I have 4,000 copies of that brochure still in storage somewhere if anybody wants them).

Q: So what changed my opinion?
A: Viewing the actual ‘coin portfolios’ that investors brought in to sell me through the years.

I saw all sorts of portfolios assembled by all sorts of people, but they all shared one thing in common: They were horrible investments. And I mean HORRIBLE.

I’m not talking about portfolios sold by the ‘boiler room’ operators, who peddle coins of dubious value to people who should know better – don’t get me started on those crooks. I’m talking about coins sold by reputable firms to smart people who have money to invest.

JA: First of all, I don’t appreciate being called ignorant.

And while I am sure you did see a lot of failed coin investments through the years, one can hardly condemn an entire activity simply because some people aren’t good at it. Heck, some people lose their shirts in the stock market, but I assume you are not similarly opposed to investing in stocks, right?

DW: What I am saying is that people who approach numismatics with an investor mentality have very little chance of actually making any money.

Which brings me to my main point. The people who buy coins for an investment aren’t choosing them as a collector would. They usually choose them because that is what is available at the time and they want to ‘take a position’. Right now, as in immediately.

The coins in investment portfolios aren’t chosen by a collector’s eye, or with a collector’s mindset. A collector seeks nice examples of what he or she collects (whatever ‘nice’ means in that particular specialty), stays away from coins that don’t appeal to other collectors, and pays up when they find an unusually nice or rare example in their specialty. Not because their treasured new possession is a better deal than pork bellies or orange juice futures are on that particular day. No, they buy it because they’ve been seeking one – sometimes for a long, long time – and this item is especially nice and fits into their collection.

Nothing Could Go Wrong, Right?

The coin investor, on the other hand, often ends up with coins like, say, a rare date Seated Quarter in MS67 with a population of five and none graded finer. Sure they paid a lot for the coin, but hey, it is tied for the finest! How could one go wrong?

Here’s how: Almost no one collects Seated Quarters by date and mint in superb gem mint state. So, normally the only buyers for such coins (and there are many, many expensive coins that fall into this category) are other coin investors. Nevermind that the coin is often overgraded and sometimes doctored to boot.

The trouble with all of this is that in the final analysis the only reason that a coin is worth over face value or over melt value is that a collector desires to own it. In down markets – when investors desert the coin market like rats off a sinking ship – there are almost no investors left. Those coins shrivel in value during hard times.

JA: Let me try to summarize your argument:

“Investing in coins is bad because investors buy all the wrong stuff”.

Who is to say that an investor cannot be educated, and careful, and thoughtful, and purchase what you believe to be the right coins (i.e. the same kinds of coins that a collector would buy)?

DW: They can, I suppose. But patiently waiting for just the right pieces to appear is contrary to a typical investor mentality.

And then there’s that pesky second part of the collector mindset, which has people holding coins for the long term and not trying to flip them right away and cash out.

But does that mean that even investors with a ‘collector’ mentality and a willingness to hold coins for the long term are assured of making money? No. Collectors sometimes buy coins with hidden problems that aren’t worth the price paid. Or coins that are overgraded or overdescribed or doctored. Or sometimes coins that turn out not to be quite as rare as advertised. It happens more than you might think.

JA: I hate to break the news to you, but investors in most anything are not guaranteed to make money. Not in stocks. Or bonds. Or real estate. Or even used industrial machinery.

But in my view, investors with the right mindset (i.e. the same mindset as a collector) have as good a chance of making money in coins as any investor does in any other area of human endeavor. And I’ve got at least one famous person on my side.

No less than Q. David Bowers was quoted in the September 18, 2006 CoinWorld saying that ‘. . . in more than 50 years in professional numismatics I am not aware of a single serious collector who has done otherwise than make a profit’.

DW: Mr. Bowers wasn’t advocating investing in coins in that article, he was pointing out that long term collectors tend to do well over the long term. Actually, he is saying 100% do well, which is astonishing, but if Mr. Bowers says it, I believe him.

But JA, perhaps our disagreement is over semantics, not substance.

I am saying that participating in numismatics solely for investment is not advisable. But a collector may make money over the long term if he does things right.

You are saying that investing in coins is a good idea, but only if you have a collector mentality, think long term and do things right.

I’m not positive, but I think we have a meeting of the minds!

And I’m sorry I called you ignorant.