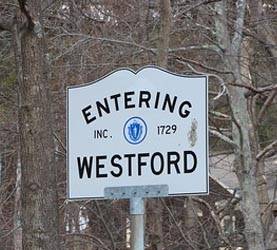 No, we do not normally write a Road Report about a local show that we did not even take a table at, but this time we figured what the heck, let’s do it.

With our story beginning at about 8 AM, traveling the back roads of snowy (though not as snowy as NJ) Massachusetts en route to a non-descript suburban hotel which looks like any other suburban hotel except that this one has a little red and yellow COIN SHOW sign out front once a month.

Including today, where I paid the outrageous (sarcasm) $1 entry fee and then expeditiously toured a floor which contained, by my estimate, 50 dealer tables with only a few notable absences which could be blamed on the weather (since some of the guys were coming from places that got meteorologically slammed).

Now, at a show like this, it seems like half the tables contain coins that I might have expected to see at a show in 1975, including rows of Morgans and Walkers and the like in cardboard 2×2’s on which Gem BU! is written on about 30% of them, some raw modern foreign issues that seemed to be mostly clad coinage, some scattered proof sets, a few of those giant coasters that look like Indian Cents, and the like.

But there are always a few cool CRO-style coins at any of these events, and those are of course the ones I’m seeking.

And today I sought successfully, buying a grand total of 9 such items, including one I saw when I first walked in, passed over and then went back to get at which time it was, of course, already sold to someone else, in this instance to another dealer who I then had to track down and who was only too happy to flip it to me straight away for a few bucks more.  Which I was delighted to pay, since I should not have passed initially: 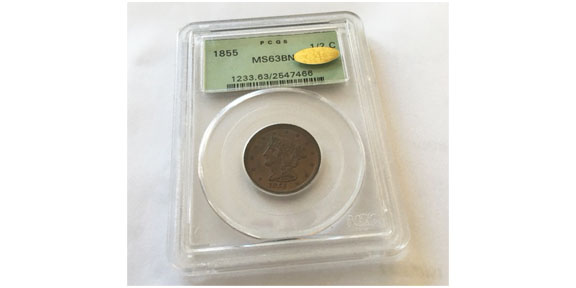 I don’t know how many times this has to happen to me in my numismatic life before the lesson is finally learned, but I’m getting there.  Fortunately, this one ended on a happy note, unlike the majority of times where you go back and the coin is already sold to some guy who then vanishes like D.B. Cooper.

Anyway, I spent about an hour in the room, bought more than enough to make the trip worthwhile, met up with some friends, had some good barn and antique house renovation talk (a requisite part of any New England coin show) and then headed home feeling useful and productive.

Our next show will be bigger, of course, and longer, and will hopefully contain no stories at all about coins we saw, passed on, and then went back to try to buy later.