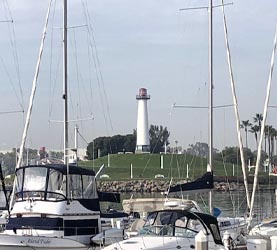 And this time, we are all Guinea Pigs.

Well, sort of, as we descend upon SoCal for the Long Beach Expo just as we always have. But, unlike every other time I have ever been to this show (and it is a lot of times), there will be no major auction held here at the show.

What does this mean? Truthfully, I have no idea.

Certainly there have been those who have said that the increasingly large auctions at many coin shows has siphoned money off the bourse floor and hurt business overall.

And others who believe that the auctions are a significant attraction and draw many additional attendees, thus increasing business activity for all.

So here we have an excellent experiment in which your author and everyone else who shows up can find out exactly what difference it makes.

Of course, this is just one show, and that the results here may not exactly prove anything, but it will be interesting to see.

And whatever we do see will be posted right here every day in what is STILL the only real time, daily show report in all of numismatics.

Wednesday I woke up early, headed over to the convention center, walked past the room where Heritage would normally conduct lot viewing, glanced inside at the scattered empty tables and chairs (one of which was on its side as if flung there during a bar fight), felt a momentary pang of auction-withdrawal, and then continued on to the PCGS grading room to submit a ton of coins.

And this was a good event to submit your coins early (like before the show even started), since here PCGS is running a free NGC crossover program in which you only pay for grading IF your coins cross. If they don’t cross, you get them back as is with no charge.  None.  Nada.

Even so, I was pretty selective and only chose to try coins above a certain price point, but I know of a number of other people submitted every NGC coin in their inventory thus guaranteeing that the graders here will be extreeeemely busy and meaning I probably won’t get my own stuff back until the very, very end of the show.

After I finished filling out grading forms, it was time to join what seemed like a slightly smaller than normal queue at the bottom of the escalator waiting for the bourse doors to open. And then racing to our respective tables to set up as quickly as possible, spread out vast swaths of new coins and then scour the bourse floor looking for cool things to buy.

Where I experienced the following:

Personally, I expect this show to be pretty good, more so if enough of the missing dealers are at their tables on Thursday when the public arrives.

Anyway, I stayed late, well past the free beer and Mexican food, and did some last minute business before going out for sushi at Tokyo Wako with a dealer friend and then heading back to the hotel early to get a decent night’s sleep before the show starts in earnest on Thursday.

I would like to report that Thursday started with a bang, and that people swarmed the table buying and selling coins in a chaotic (though polite) numismatic frenzy.

That didn’t happen though during a very quiet morning with just a few visitors and a couple of small deals.

Best I could tell, the majority of activity taking place elsewhere in the room was of the dealer to dealer variety, more so than in previous LB’s. I don’t know if the aforementioned lack of a Heritage auction here was the cause but I would guess it probably was, as a lot of the local collectors I normally see here didn’t come (at least not yet).

A situation which got better in the afternoon mostly on the back of one large retail sale and a couple of other decent ones.  Still not what I would call ‘busy’ though.

But while retail activity was slower than I expected, buying was frankly worse as I scoured the room repeatedly and yielded just a few cool colonial and US coins. Notably, several of my good local sources for world and esoteric pieces really didn’t have anything interesting this time. That could change over the next couple of days and you never know what might walk into the room, but so far I have bought much less than I planned (so if you live in So Cal and have something cool to sell, please bring it to the show tomorrow and offer it to us).

Finally, I would only add that activity at the PCGS table here is, not surprisingly given their crossover promotion, about as busy as I’ve ever seen it, with people lined up most of the day and none of my coins coming back yet. Hey, maybe tomorrow.

So, in all, it was a relatively quiet day which ended with dinner at our old favorite 555 with a few dealer friends and the hope of all sorts of good things happening on Friday.

And if they do, or even if they don’t, it will be reported about it right here on Saturday AM.

I flat give up predicting what’s going to happen at these shows, or in this business.

How come? Well, let’s start out on Friday which, for CRO, began with the same tepid show traffic and lackluster results of previous days up until about noon, at which time I officially concluded that this was just going to be sort of a clunker of a show and began practicing phrases like “Oh well, you can’t win ’em all” and “At least the weather was nice“.

I even chatted with another dealer at about 1 PM where he mentioned that, aside from the lack of an auction here, maybe the timing of this edition of the LB Expo (being held a week+ earlier than last year’s show) was just too soon after the FUN show, meaning that collectors didn’t have as much time to recharge after spending money at that show and auctions, and dealers didn’t have as much time to acquire interesting NEWPs. I had not thought about that before, but maybe there is something to that.

At least it was relaxing, allowing me to stroll around the room, buy a few more coins and take note of interesting dealer displays, such as this never-before-seen (by me, anyway) method of selling toned coins: 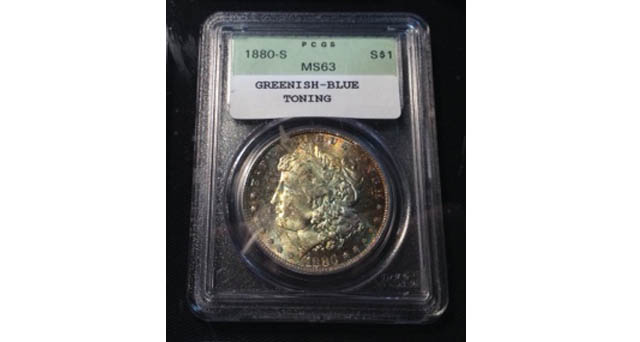 But then, gradually, things started to pick up a bit and we had some nice activity at the table in the mid afternoon as I started to see many of our local SoCal regulars who were just arriving at the show for the first time.

And then, at about 6 PM, against all odds, it turned into the FUN show all over again where I had some frenetic activity at the table and sold a bunch of coins to collectors and dealers right up until they closed the doors at 7PM for the evening.

I just did not see that coming at all. It also made me wonder what I had missed on the previous days, since I admit that, with not much happening, I left at 6 or 6:30 PM on Wednesday and Thursday to go to dinner. I will say that it was significant encouragement to stay ‘til closing time at all shows from hereon out.

After which I had a lovely dinner at Michael’s with some industry bigwigs who scared the hell out of me with discussions about health issues, and absolutely convinced your author never to eat any cheese fries (not that I ever have anyway, but for sure I’m not going to start now).

And then we looked up and realized it was nearly midnight and time to head back to the hotel to get some rest to be ready for a Saturday during which I have totally, completely and absolutely no idea what is going to happen.

But whatever it is, I am going to write about it right here on Sunday AM.

And when it was over, we could proclaim that the Jan-Feb 2014 Long Beach Expo would heretofore be known as the “Throw it in Reverse” show, since it started extreeeemely slowly and really got rolling at the end (the opposite of pretty much every other show I have ever attended).

Indeed, from your author’s vantage point at Table #614, Saturday was the busiest day of the show with a robust crowd filling the aisles until mid-afternoon.

And while we did not set a new sales record this week (or come even close, actually) the end result was surprisingly decent on both the selling and buying side, the latter topped off with the acquisition of some cool federal type coins and a mega-world coin that walked up to the table at about midday Saturday.

And what about grading, you ask? The grades were very reasonable IMO, making me wish I had submitted more NGC coins for the PCGS crossover promotion, as well as the few straggler raw coins I had placed in our back case to grade at this show and then completely forgot about.

From the looks of things, however, none of the other submitters had forgotten anything, as evidenced by the fact that PCGS was continuing to grade and deliver coins to submitters all afternoon (unlike previous shows here where they stopped at about noon or so), eventually relocating their base of operations from the bourse floor to the second floor of the convention center and handing out newly graded coins from there until after 6 PM (at which time your author finally left). Hey, maybe they are still handing out coins now . . .

By then, however, I had mentally checked out, packed up and headed to the airport with a dealer friend where we had a carefully crafted plan to drop our bags at the terminal, and then enjoy a futuristic dinner at the iconic Encounter Restaurant: 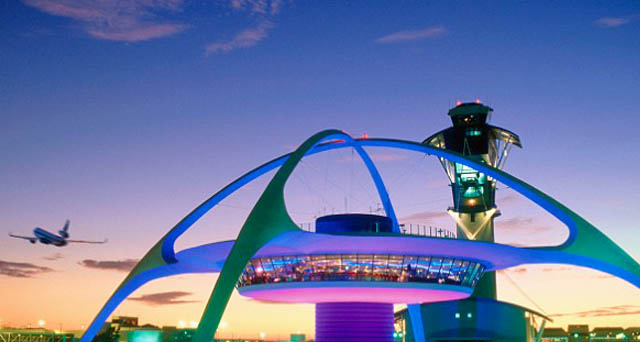 Where we would sit on this vintage 60’s furniture illuminated by lava lamps: 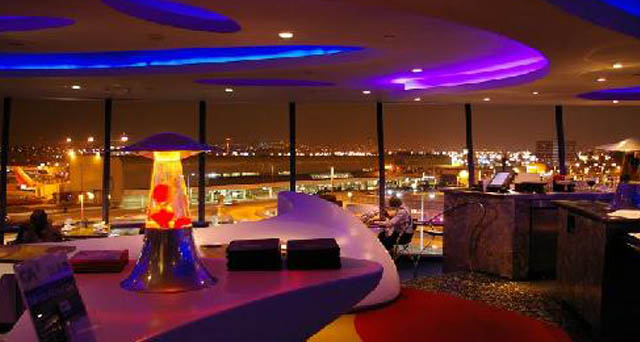 Which sounded like a great idea mostly because neither of us had read this recent article in the LA Times:

So, disappointed, we schlepped all over the airport looking for another place to eat, eventually gave up and headed to our respective gates where your author sat down, took an invigorating 6 minute nap and then typed this Road Report which contains the numismatic truism that there is only one thing that you can predict about any coin show: If you don’t attend, you will not buy or sell anything interesting there.

Which is why we have upped our show schedule this year to include as many major events as we can physically do while still maintaining the website, including the ANA Money Show in Atlanta in a few weeks.

But before that, we will unleash a new Early Bird on Tuesday which I am going to start working on as soon as I am done typing this sentence.