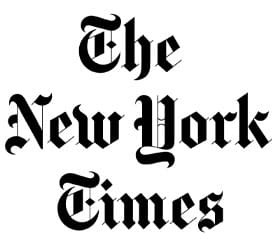 A Guest Commentary by C. Sloan

For daily solvers of the New York Times crossword, coins and money are frequently encountered topics.

Capital of France = Paris, you say? Um, no. The answer is four letters long: EURO

However, crossword-solving coin collectors were rocked on Friday, January 26, 2018.

There, plain as day, in the mainstream “All the News that’s Fit to Print” New York Times, the quaint little world of coin collecting was exposed for all to see.  17 Across, clued as “Numismatist’s Collection”:  A nine-letter answer in the upper left corner of smudged newsprint.

Immediately, I thought there is no way that Will Shortz would allow DIRTYGOLD to appear in his puzzle. Plus, who collects that junk anyway?

This solver needed a few of the “crosses” to unlock the answer.  Curiously, the first letter “R” was intersected by 1 Down: WORDVOMIT; second letter coincidentally by the “A” in INANIMATE.  Hmmm. Ever so slowly, the “I-better-get-this-or-I’ll-be-an-embarrassment-to-my-coin-collecting-self” answer became apparent: