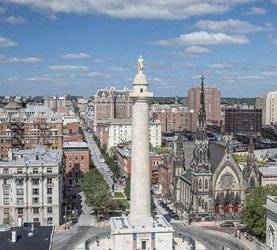 I don’t want to get all emotional here, but I love the Baltimore show.

The venue is good, the the turnout is strong and the mood is excellent, people are buying and selling with gusto and there are, generally speaking, a lot of nice coins from which to choose. For us its our favorite venue, hands down.

Now, having said that, its important to note that this was the summer session, sort of a Baltimore-Light if you will, with a little less dealer participation and, with all due respect to the folks at Bowers and Merena (who were the official auctioneers) not the greatest auction I’ve ever seen. Ahem.

Nonetheless, our sales were brisk, with a high level of activity in early type, colonials and esoterica.

We scoured the place for coins to buy and found a few neat things, but in general we didn’t buy as much as we wanted to, or really needed to, which means we need more choice coins. So if you have some to sell, call us. Please.

A few other tidbits of interest:

Our next major event is the ANA in Denver, with a couple of smaller shows in between and an auction or two which figure to be pretty handy.