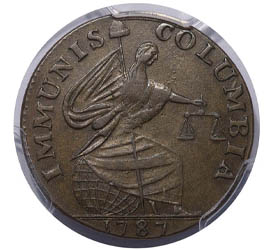 After an action packed early summer which has taken us from Long Beach to Mexico to Kentucky to Edinburgh, Scotland, we are pleased to be back just in time to write this looong overdue installment of the CC.

Which will begin by trumpeting (in a good way) some of the neat World coins we have picked up of late, including an historic Elizabeth I Crown (which I surreptitiously added to the website just this morning): 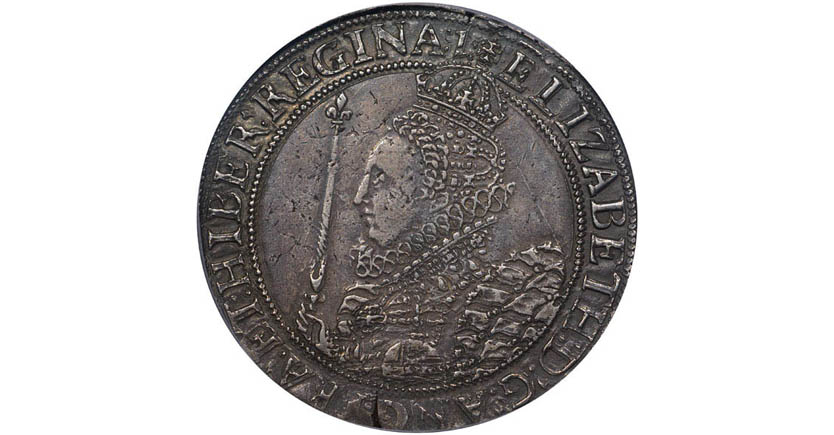 Plus more of the Pillars and Portraits we are known for and, in a totally unexpected move, our first ever Indian coin: 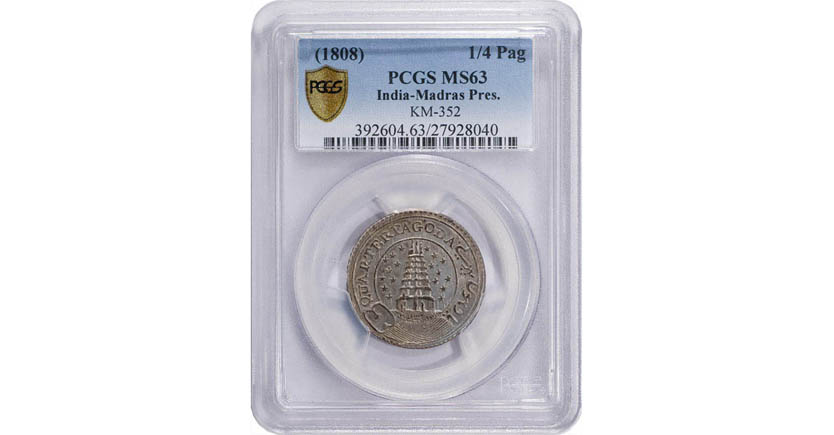 Speaking of World issues, we are delighted that PCGS has just started to grade Conder tokens, and have already added our first conservatively graded PCGS example to the site (which, like the Crown noted above also features Elizabeth I, though this time at a different angle): 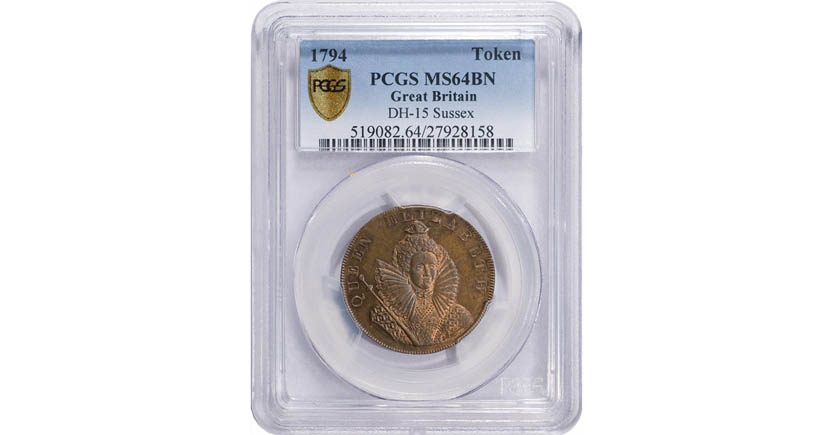 With, of course, more Conders to come shortly . . .

Not to say that colonial and federal issues haven’t been strong too, which prompted me to respond to reader J.T.’s recent inquiry as follows:

J.T.: Does it seem like the coin market is in very slow motion play to you too, or is it just me. I’ve heard of the summer coin doldrums, but this seems like a dry dusty ghost town, or a huge overdose of SleepyTime Tea. Just curious what your thoughts might be. Just seems a lot doldrummier than the usual Summer doldrums.

J.A.: Not seeing that at all, actually. I have been traveling of late, but the stream of emails and activity was about like it always is while I was away. Now that I’m back, this week has been pretty busy with most of my time spent shipping orders.

It seems to us that the notion of a summer slowdown is pretty much an obsolete concept, with the internet allowing sellers to find buyers 24/7/365.

We had an interesting experience which began at the ANA show in New Orleans and which, surprisingly, did NOT involve beignets. Instead, this story centers around the 1787 Immunis Columbia colonial graded PCGS AU58 CAC we had in our showcase at that event. We were originally asking $17,500, negotiated with a customer down to our best price of $16K, rejected a counter-offer at $12K (which the customer had apparently devised based on the then too-low PCGS price guide value of $11,500), and then decided to just go ahead and consign it to Heritage’s Summer FUN auction where is sold for $22,325, a figure that we were really not expecting.

The upcoming ANA in Rosemont figures to be a barn burner, even for those of us who have decided not to take a table at the “Pre-Show”.  Hey, we like coin shows as much as anyone, but there is no way we could man a table for 9 days without running out of gas long before the regular show ends (and that would not be good for anyone). Instead, we’ll be there rested and ready for action when the ‘regular’ ANA begins.

And until then, we will be hard at work adding as many cool new coins as possible so we can unleash them in a numismatic torrent at the show.