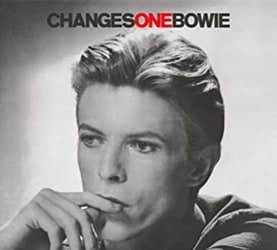 Note that today’s Coin Commentary is presented in CRO’s familiar Point-Counterpoint format with JA’s comments in blue and DW’s in red.

JA: It is with a combination of sadness, optimism, satisfaction, and appreciation for what we think was a pretty darn good run that I announce that, after working together for 7 years, attending 132 shows, bidding in a gazillion auctions, doing some really big deals and helping to assemble more than our fair share of exceptional collections, Dave and I will be parting ways as of July 30th of this year.
DW: Yes, that is correct. While it would have been nice to continue together for the next several hundred years (at least), we knew from the start that that was unlikely, and that eventually, like all good things, our partnership would come to an end.

So what’s the deal? Will CRO be closing their doors?

JA: Au contraire, my good man (er, I think our moderator is a man), CRO will continue on as it was. I have bought out Dave and will be operating CRO going forward with the same approach, focus, mindset, phone number and web address, though our physical office location has moved to Massachusetts (as now indicated on our home page):

DW: True. I have sold my half of our business to John in a deal that I would describe as a win-win (pretty much like all the deals we did together through the years), as friends, done on a handshake, consummated in a restaurant, toasted with a hot sake (though unlike most other times we conducted business over dinner, John did not accidentally elbow the sake, dump it all over the table and wipe out some important documents in the process).

Why are you doing this? What’s the real reason?

JA: I wish we had a really exciting explanation, but I think the best answer is to say that the time was right for both of us, given the stage in our lives, family commitments, and both of our long term goals.
DW: When the time is right you know it, and for us that time was now.

So is Dave leaving numismatics?

DW: Nooooo, not at all. I will be heading in a new numismatic direction that will be announced shortly (actually later today) in the right venue, and in which John and I will continue to work together in new and different ways.
JA: Yep. And where we will continue to see each other about as often as we ever did. For those who may not have been aware, Dave and I have always lived in different states and have seen each other pretty much only at shows and auctions through the years.

What about my ongoing business with CRO?

JA: All deals which had been in place (coins consigned to CRO, lay-a-way deals in process with CRO, etc.) continue exactly as they were.
DW: And of course John and I will work very hard to make sure there are no loose ends or dropped balls and that all transactions that had been in the works will be finalized exactly as they were intended.

How will the CRO business and inventory offering change?

JA: It won’t. Well, the actual items will change, but the categories and types of coins on the site will stay the same.
DW: John and I shared coin selecting / bidding / buying responsibilities in colonial, federal, world and esoteric coins through the years, so my guess is you may not notice any difference in the offering.

Will you still be sending out those Early Bird lists?

JA: Yes – with the next one going out right after the upcoming ANA show.

What about those absurd CRO ads?

JA: Continuing, with possibly even more absurdity in the future.
DW: Yes. So do not blame me for anything wacko that you see from here on out!

And the Road Reports?

What about at shows? Will CRO be at the ANA? And Long Beach? And Baltimore, etc.?

JA: Of course. CRO will have the exact same table locations we had planned and which are listed under the EVENTS heading on the menu bar on our home page, including at the ANA show in a week.  At Baltimore, FUN and Long Beach, CRO will be at our usual spots going forward, so nothing will change in that regard (except that I will have to find another tall person to hang the CRO banner).

How will I reach you guys?

Anything else to add?

JA: Yes. I want to say that I have enjoyed working with Dave here at CRO more than anything else I’ve done in my professional life. I will definitely miss the camaraderie, the wheeling and dealing and the fun. Thank you Dave – it has been a blast.
DW: It has been my pleasure to work with you and to build a business where we met a lot of nice people and bought and sold a lot of great coins, but tried not to take ourselves too seriously in the process. John, we are both so lucky to continue to make a living in this great hobby. I know you will keep it going, handle cool coins and continue to make it fun for the collectors that it is CRO’s privilege to serve.