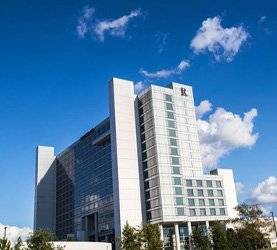 Actually, nothing at all has happened yet, but since we’ve gone a month without posting any Road Reports at all (during what is typically referred to as the ‘Numismatic slow-season’, or ‘June’), and have been going through some lack-of-travel-withdrawal, we figured we’d get a jump on things by describing what happens the day before we head out for a show:

Actually most of today was spent working on some upcoming print ads, including some for CW but also for a couple of other highly secretive CRO projects. These were especially exciting, as I got to download new fonts for Photoshop and was actually able to do so, successfully, without accidentally deleting anything important, or loading something into the wrong place on the hard drive and not being able to find it again (both of which have happened more than once in the past). But with the able assistance of our IT department (i.e. my 12 year old) we’re getting much better.

There was also the requisite fire drill, usually brought on when something arrives in the mail late in the afternoon and needs to be unpacked, repacked and sent to someone else pronto before the PO closes. Like it did today. Or when we discover we’ve screwed up an order for a customer. It doesn’t happen often, but when it does it is a really sick feeling that we try very, very hard to fix ASAP.

Then it was cleaning up every loose end possible, sorting inventory, packing everything we usually bring (invoices, price stickers, reference books, trusty loupe, CRO banner with requisite shower curtain hooks, etc.) and then leaving the suitcases directly in front of the door so that I can trip over them in the morning while racing for the cab.

Which will be in about 6 hours from now.

Well, since I arrived in town a day early and spent that time with relatives, I opted to NOT do a Road Report about dinner last night and so we skip directly from July 8th to dealer set-up day on July 10th, beginning right now:

First of all, it bears mentioning that the show this year has moved from its old location at the Stephen’s Convention Center in Rosemont, IL (a mediocre site with crummy amenities that is hard to get to but which features wickedly expensive parking when you do) to the spectacular Renaissance Hotel here in suburban Schaumburg, IL. And it really is nice – a big, gleaming, modern hotel with deluxe amenities (and free parking!).

We arrived about 9AM for a leisurely breakfast before the bourse opened at the Godly hour of 10, then filed in with almost every usual suspect (though a few big names were not here) and began to set up at our choice location facing the door.

But there wouldn’t be much traffic today – just a lot of dealer to dealer activity (not surprising on dealer set-up day) and the low hum of Early Bird (called ‘Professional Preview’ here) collectors who paid the big $$$ for the privilege of walking around before the show opens to the public on Friday.

One bright spot was lunch, as, surprisingly, I had what might be the best reasonably healthy sandwich I’ve ever had on a bourse floor. Seriously. If you get a chance to try that turkey caesar on sourdough, I strongly recommend that you do so.

All told, we would characterize the day as ‘a nice day’, featuring some decent sales of colonials and US type, an almost exactly equal amount of purchases (in value, not unit volume) and some socializing with other dealers we hadn’t seen since the Baltimore Show in early June.

Overall, though, it was quite quiet, and one wonders exactly how much retail traffic will materialize on Friday and Saturday (and how many people will be wandering around the old convention center in Rosemont wondering where everbody went).

These and other questions will be answered on Friday starting at 10AM.

Sometime During the 3rd Quarter:

We promised answers today, and answers we have:

The public did arrive – not in huge numbers mind you, but those that were here were evidently of the serious ilk, and there was a surprising level of activity.

We also got to see a number of long-standing local customers, meet a few PCGS chatroomites we had previously known only by their avatars and witness some guy trying to open a case at the table next to ours while the dealer was away – but he came back just as the customer was vigorously yanking on the handle repeatedly and I thought, briefly, that said dealer was going to take that guy’s head off.

I believe the moral of this story is that it’s not a good idea to try to open a display case if the dealer is not at his table (and it’s a good idea for dealers to keep their cases locked in such instances).

But really the day was about buying and selling, and we did a lot of both.

As an indication of something (not sure what), through end of day Friday we’ve sold the most expensive colonial we had with us and 2 of the most expensive silver coins on our list. That’s not always the case at these sorts of shows (where mid range material often does best), but in this instance what we had matched what people were looking for, which is pretty much how we draw it up in the weekly CRO strategic planning sessions. We also sold a number of more moderate pieces as well, so it wasn’t all highfalutin.

So, all that is pretty good.

We’ve also managed to buy a lot here, and will thus be heading into the ANA with a pretty good assortment of colonial and federal NEWPs (unless we sell a bunch of them before we get there).

By late afternoon things were winding down precipitously, and we figure Saturday will see a lot of dealers packing up and heading out by early afternoon. So if you are planning to come, it would be a good idea to come early for the best selection.

Let us hope that tomorrow brings more of the same (except for that part about the guy trying to open the dealer’s case).

Surely Saturday would be slow and uneventful, right?

That’s what we expected, figuring that serious collectors who planned to come would have shown up on Thursday and Friday (for first shot!), leaving us to cool our collective numismatic heels on Saturday before packing up to leave at day’s end.

But that’s not the way it turned out. No. In fact, it was another very good day in which we made some new customer contacts, had some good numismatic conversations, saw some cool coins during an impromptu show and tell at the table, bought a group of cool raw coins and had some meaningful sales in all categories.

We also got to meet a whole host of PCGS chatroom guys who we’ve known for years only in cyberspace, and we are pleased to report that nearly every single person seemed much more normal in person than they do in the forums (though, of course, their impression of us may have been the opposite). But in every case, it was fun to put a face to a name.

And then there were the reminders of what an interestingly inefficient business this is. Three different people at this show expressed interest in specific coins which 1) we own, 2) are not now nor have they ever been listed on our site, 3) we brought to the last two shows and 4) we did not bring here because we did not think they were likely to sell at this venue (and our insurance limit prevents us from bringing everything). I guess the conclusion is that if you are looking for something and do not see it in a dealer’s case – ask. It’s just possible that he does have it, but left it at home.

But then it was back to work – sorting out NEWPs for photography, preparing a whole host of raw coins for grading, boxing coins for shipment to customers, collecting checks and (in what is absolutely the worst part of this job) sifting through the medium sized mountain of paperwork we generate at every show. But the whole exercise was made far more enjoyable by the fact that we did almost exactly 3 times the volume at this show compared to last year’s MidAmerica. And that’s not bad.

But all good things must come to an end, and this one did at about 4:30 when we packed everything up and headed out for the flights home to New England.

In conclusion, it was a great show, and we loved the new venue. Now we just have to get home, unpack, gear up and get ready for the ANA extravaganza beginning with the pre-shows in an alarmingly soon 13 days from now.