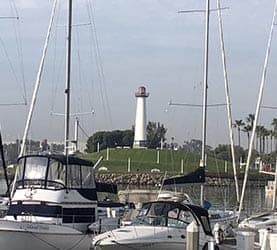 Team CRO arrived at the Long Beach Convention Center bright and early on Wednesday AM, headed straight to the PCGS submission room at the end of the hall, handed in a pile of pent up grading and then moved on to our second stop at the Heritage lot viewing room.

Where we powered through the entire catalog, circled about 30 coins throughout, eyed them at every conceivable angle and ultimately narrowed that select group to about a dozen serious bidding targets.

Then moved on to stop #3, a table out in the lobby where we would hold court, have a quick lunch and do a couple of deals of the pre-arranged variety before finally migrating into the bourse room as the doors flung open at precisely 12 PM.

Where we carefully set up our CRO booth #612, artfully displaying many coins that are currently listed on the site (of course), added a lot of cool new items that aren’t (in case you did not know we do that) and in total filled 4 display cases with what we think might be the best offering we’ve ever had at this show (and that’s saying something, since we have had some fantastic shows here through the years).

And then immediately selling this heretofore unlisted item to a buyer we frankly would not have considered a potential candidate: 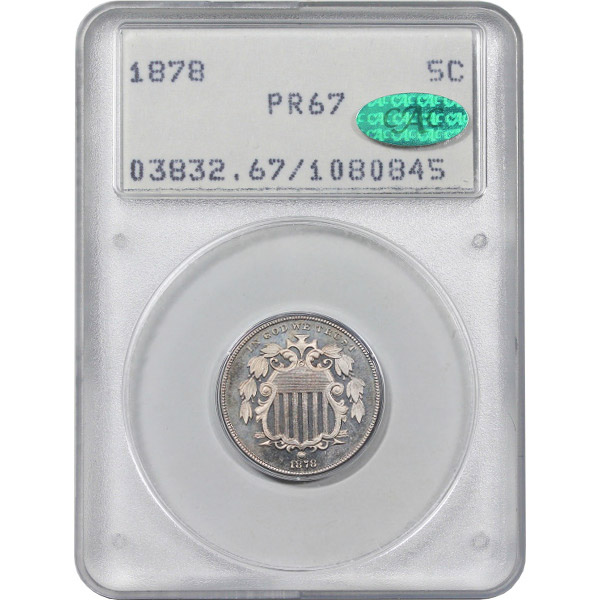 That’s a totally original über-gem coin in a PCGS White Rattler holder for those scoring at home, one of less than 20 documented survivors of this earliest PCGS slab generation.  How cool is that?  Very.

The first of a half dozen sales invoices for us on what turned out to be a pretty productive set up day.

Also including some neat new purchases of the “we stumbled onto this on the floor while walking around” variety, but also of the “this one was walked up to the table by someone who thought we might want it” type. Of course we are always delighted to buy coins in both categories (and every other one you can think of), as sourcing enough interesting new material for the website is an increasing challenge as the business has grown through the years.

With our last deals of the day the purchase of a neat, high grade, old toned, Capped Bust H10¢ and 10¢ pair from two different sources which will look really good together on the site (unless we sell one or both here or in Baltimore next week, which is also possible).

After which we packed up and headed out to dinner down by the water with our niece who lives nearby, affording us a rare opportunity to dine without discussing numismatics at all.  The last such meal we’ll have here in LB, since from hereon out it’ll be non-stop coins until we fly home on Saturday night.

With everything that happens to be described right here in this space, starting with our next installment of the RR to be posted in about 24 hours from now.

Enjoying one of the many benefits of this LB show venue, we would begin our Thursday with a long, invigorating walk along the ocean, passing the various shops and restaurants, checking out the many boats moored in the arena, imagining what name we would choose for our own boat (if we had one, which we do not), past the surprisingly low condos, and the EV recharging station, to the pier and back, a healthy hour and a half jaunt during which we encountered only a handful of crazy people talking to themselves.

Wow. That was a long sentence.

After which we had to hurry up and get to the show, arriving at about 9:45 so we could be ready to dive right back in to numismatic endeavors as the doors opened to the public at 10.

And it was amazingly busy for a while there, with a bunch of people at the table all viewing coins simultaneously in a way that we typically see at an ANA show and which would have been nearly impossible to manage had I been here solo.

With some good sales of all kinds, a couple of trades and some outright buys before noon.

Followed by the sale of a box of ‘regular’ US coins we acquired in a deal recently, blowing them out here on a wholesale basis since none were good enough for the website.

Then buying a series of coins that were good enough – including some cool colonials, wild toners, neat old holdered type, our requisite gold CACs and, of course, some wacko esoterica from a variety of different sources.

Also finding time to schmooze with other dealers and collectors, check out what other people were up to, see which coins from various recent sales were back in which cases, or had been upgraded or crossed since our last visits.  Of course we can’t possibly keep track of everything, but in our areas of specialty it’s really not that hard.

Returning to the table periodically to chat with customers, consider coins being offered, do some showing and telling and making some pretty good sales. Including one cool, heretofore unlisted colonial purchased as a graduation gift by a YN, the kind of transaction that does your heart good.

Followed by some bid prep for the evening session, evaluating an especially cool deal offered to us late in the day and finally packing up and heading to dinner with some dealer friends at L’Opera, one of our regular stops on these trips.

Then strolling past the still-going Heritage auction room on the way back to the hotel before finally calling it a relatively early evening so we could be ready to do it all again on Friday.

And then describe everything that happens right here on Saturday AM.

Achievements Achieved at the Show on Friday:

With, we hope, more local collectors to arrive and interesting adventures to come on Saturday before we pack up and catch our usual late flight home.

From where our final LB RR will be written on Sunday AM.

We were prepared for a high level of hectic-ness on Saturday morning, and we were not disappointed.

Starting again with some early ocean walking, then some mad dash packing at the hotel, followed by some intensive luggage schlepping and precarious fully-laden escalator riding as we dragged all that stuff over to the show.

Where we weren’t really sure what to expect after a good Thursday and a quieter Friday.

But things started nicely, with the arrival of a long time local customer at the table and the sale of a cool 5-figure item.

With a couple more good deals happening in rapid succession as chaos pretty-much ensued all around with many other dealers packing up and heading out during the mid-morning.  Leaving us – as the closest-to-the-door-fully-occupied-table attendees would encounter as they entered the show – to answer all the “Hey, where did everybody go?” questions from pretty much everyone.

On the other hand, that can of course be a real boon to the business, as the few of us who remained with full displays got outsized attention and some surprisingly even stunningly good business.

With our last sale of the day a superb piece snagged by a collector who came to the table in the late afternoon, pondered it for a grand total of about 2 minutes and then paid cash just like that.

Followed by our last purchase, a cool, original, long off the market Pine Tree 3p which walked up to the table at about 4 PM.

After which we got back into hectic mode, breaking down the booth, packing everything up, making sure we didn’t leave anything behind and heading to the Hyatt for our usual get away dinner in the lobby restaurant surrounded by 50% coin dealers and 50% members of a traditional Indian wedding party.  You could tell which ones were which fairly easily:  The coin dealers were the ones with the wheelie bags; the wedding attendees were the ones in the brightly colored Kurats and cool pointy shoes.

And then racing off to the airport to catch our standard redeye flight home.

Where we had just a few minutes to reflect on what turned out to be a very entertaining, richly varied, commercially successful endeavor here at the middle LB show, 2018.

And now, we have a luxurious 36 hours to relax, refresh, unpack, repack and head out to the Baltimore show from where our next RR will be penned just a couple of days from now.