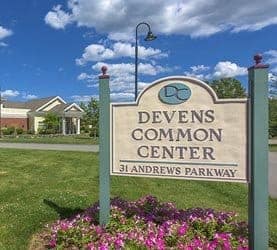 Sure, we were tired on Sunday AM, but that did not stop Team CRO from waking up early and heading out to Devens for the first show here since February.

Which meant that there would undoubtedly be some pent up demand, some fresh coins and with it some excellent opportunities for us to buy and/or sell cool coins.

And we are pleased to report that that was indeed the case, vaccuuming up a bunch of cool, old-holdered items around the room, some neat, raw medals from a new dealer at this venue, a couple of colonials and a deluxe piece of early copper.

With strong sales too, including this neat Draped Bust Quarter which would otherwise have graced our next EB on Tuesday:

With all of the action wrapping up at about 1:30, just after we bought a lovely, original OGH Large Cent which had delightfully walked up to the table.

And if that Large Cent could talk, it likely would have said something like “See, you never know what you’ll find at these shows (or any shows, actually), so you really need to be at all of them, all the time, lest you miss coins like me”.

And now, it’s time to dive into some serious EB prep for our list to go out at noon on Tuesday.