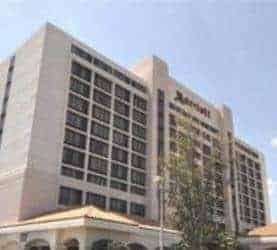 I hope no one has been waiting for a long and exuberant write up about the Palm Beach Show in which phrases like ‘white-hot market’ and ‘we had our greatest selling show ever’ would appear.

Now, in fairness, we treated this show like a second tier affair and that may have been something of a self-fulfilling prophecy.

We went down for a day and a half, intensely viewed auction lots, cruised the wholesale scene, speed-walked the bourse floor at a near world-record clip, and then left town.

Having said that, we did find a number of pretty nice coins in the auctions and that in and of itself is an interesting story. Our view was that consigning to the auction at this show was not likely to yield the strongest prices as the crowds and hype wouldn’t be there. We suspect a lot of big-time submitters felt the same way. As a result, what we saw in the auctions were some odds and ends likely submitted by smaller dealers or collectors and some of those coins were relatively fresh and buyable at reasonable prices. So we did.

Looking forward, this is just not a show that we’ll get behind in a big way. The timing and the location are perfect for golf and tennis, less good for buying, selling and talking coins.

And so, to quote Linda Ellerbee, it goes.

We expect Boston to be a bit more interesting, and Baltimore to be a hot-bed of all things coin.