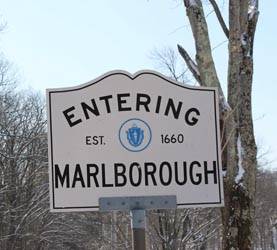 During the course of a year, most of the major shows we attend are in elephantine convention centers in large urban areas, like Baltimore, Long Beach, Orlando, etc.

But there are a few held in relatively quaint suburban venues, such as the Early American Coppers Convention which last convened in a hotel in Newark, OH, and this one, the Bay State Show held in a relatively modest hotel ball room in Marlborough, Massachusetts.

Where I rolled in on Thursday afternoon for the traditional late afternoon dealer set-up and encountered pretty much exactly what I expected:

But this one was a bit different than previous shows in that I also saw a few things that caught me by surprise: 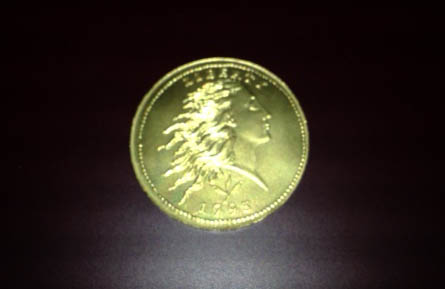 All suggesting that perhaps this edition of the Bay State Show is going to be more exciting than most.

And if it is, or even if it isn’t, we will describe what happens right here in what is STILL, 7 years hence, numismatics’ only real time, daily show report.

Your author was expecting (hoping, wishing . . .) that there would be a good crowd in the room on Friday, and, at least until mid-afternoon, this was indeed the case. With a lot of familiar faces we have seen through the years at various New England shows or national events stopping by the table, but also some long-time website customers, Early Bird list participants and new collectors I was pleased to meet in-person for the very first time.

Unfortunately, I am sure I missed some too, since I was away from the table for a good chunk of the morning chasing down as many coins as possible from the old holder deal described yesterday. Fortunately, we can say that all of the time invested in that project seemed to pay off, as I ended up with every single coin in that group that I wanted and will be pleased (thrilled, delighted . . .) to offer them soon on an upcoming EB.

But that was not nearly all that we bought here (so far) in what was a surprisingly robust (enormous, gargantuan . . .) haul of cool coins in all categories, raw and slabbed, PCGS and NGC, old holders and shiny new ones. In fact, the only thing I didn’t buy was a Canadian token that I saw, briefly considered, decided to go for but discovered was already gone when I went back to get it. That might have been a good thing, though, since I have literally no idea what it was.

And in and around all that coin shopping, we managed to have some surprisingly robust sales at the table, including some choice Massachusetts silver, a deluxe Fugio, some nice type coins and a few world issues which in total represented more than an optimistic dealer might have expected (predicted, estimated . . .) to sell here.

But all of that activity pretty much ended (petered out, went kaput . . .) at around 4:30 as the room cleared out.

And while I thought that there might be some ‘after work’ visitors (as was often the case at the Bay State show in its former Boston location), that did not materialize here.

So after a pretty long and productive day, your author packed up and headed out to rest up for what we hope will be a busy Saturday during which we fully intend to be parked at the table for the duration.

Actually, it was exciting, with what was the largest crowd of the week filling the bourse floor to capacity (or possibly beyond) with enthusiastic collectors from the local area looking, asking questions, making offers, show and telling and actually buying and selling coins pretty much all day.

Interesting observation #1:  I would say that 20% of the attendees at this show were female, which surprised me on the high side.  CRO was right at 50% (since my daughter was there assisting).

And activity at our table was brisk, possibly due to the fact that we had coins on display that no one else did. Indeed, if you wanted a toned Morgan you had your choice of hundreds of coins at 20 different tables or more at this show, but if you were looking for a wholesome piece of Massachusetts Silver, for example, it was only us. And that’s a position we like to be in, of course, offering cool coins you can’t find everywhere else.

With a number of attendees stopping by the table to show us interesting things, such as this piece of Persian ‘Hairpin Money’ (which your author first thought was a fine pair of tweezers): 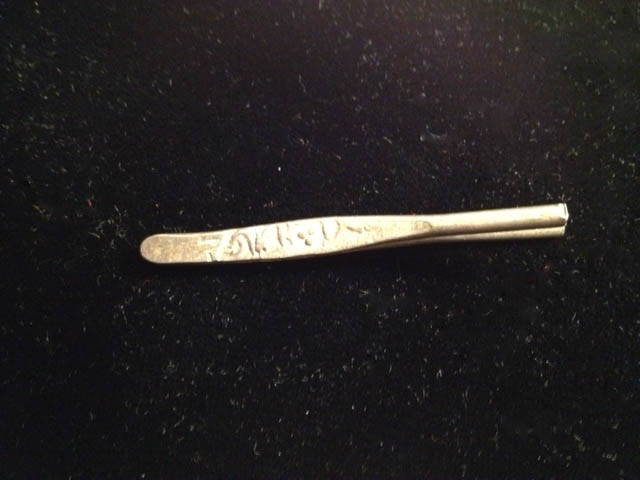 And then later another visitor produced this sock-knocking-off 1837 Reeded Edge Half Dollar which we snapped up in 11.5 seconds: 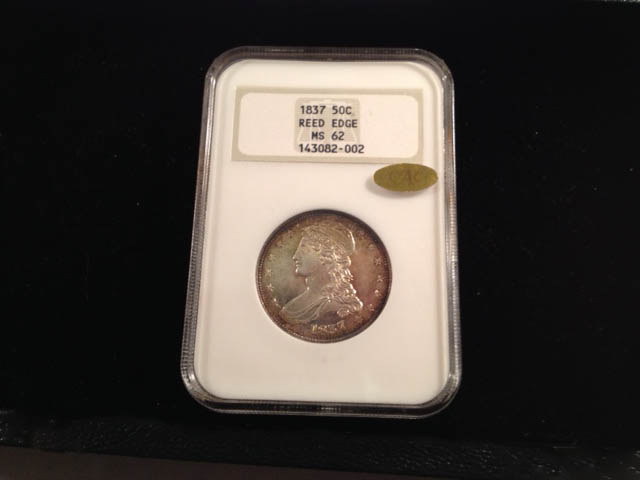 A coin which when added to our other purchases here during the week brought the total to an astonishing (for this show, anyway) 31 coins of all kinds, a group now variously destined for grading, CAC and/or photography, but not necessarily in that order.   Actually that bears further explanation, as we often will send a cool NEWP to photography and list it on an EB before sending to CAC, as otherwise the time to bring a new coin to market can extend too long for our liking.

Interesting Observation #2:  A lot of the local attendees I saw here came out both Friday and Saturday, which is somewhat surprising at a local event like this where people drive in (as opposed to a major show where many anttendees fly in and stay at a hotel for a couple of days).  I’m thinking repeat visitors must indicate a high level of numismatic enthusiasm.

Anyway, when all was said and done, the activity level here allowed us to conclude with confidence that adding this show to our schedule was a very astute move (if we do say so ourselves) which we will be repeating next year for sure. Heck, we’ll probably add some of the other local New England shows too just so we don’t miss anything there either.

And when it was finally over we packed up, headed out and started work on our next EB scheduled for this coming Tuesday, the size of which will hinge on the timing of our latest round of photography, but if it all comes together as I hope, it is going to be a good one.