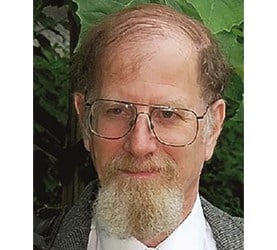 I am in shock.

My longtime friend, token and medal dealer extraordinaire Steve Tanenbaum, is no longer with us.

That fact is simply unbelievable to me.  He was killed last month in an utterly senseless way by someone he did not know.   He was 62 years old, healthy and likely had many more years to live.  It angers me when I think about how he died, however, I wish instead to focus on his life.

Steve became a full time dealer in 1981.  I believe prior to that he was an executive high in the ranks of the Xerox Corporation.  But he was always a collector first, aggressively but quietly building world-class collections in about 30 areas (his number, not mine) of numismatics.

I first met Steve in 1991 and came to know him very well in business.  Over time we became good friends.  And in all of my dealings with him during that time (and we did a lot of business together and spoke often through the years), three things stand out in my mind:

Steve’s legacy will live on for a long, long time, in the fond memories of those who knew him, and in the exonumia he sold through the years.  Most collectors who have any tokens and medals in their collection probably have items that went through Steve’s hands, even if they don’t realize it. His tiny, voluminous, precise writing on 2×2 coin holders – often in 2 colors – likely exist in collections in the tens of thousands.

I attended Steve’s memorial service, held just north of NYC, and am glad I went.  Many people in the crowd got up and spoke about what Steve meant to them, sharing amusing stories, and tales of his quiet generosity. His family – whom I had never met before – were all intelligent, funny, and genuinely nice people, just as I pictured they would be.

I’m not sure there are any lessons to be learned from Steve’s death.  Except perhaps that you never know when your time is up, so you must treat everyone you meet as you wish to be treated.  And you must live each day as if it were your last.

Paul Bosco, one of Steve’s token and medal dealer friends said at the memorial service: “We had Steve for 62 years. That’s not nothing, you know!”  He is right, of course.

I knew Steve Tanenbaum for over 2 decades. I wish I had known him longer.  And I will miss him very much.

Photo Credit: CoinWorld Magazine, with permission from the Tanenbaum family.

Note also that Steve’s family has built a website to share memories and photos of him.  You can find it at: http://stevetanenbaum.com/.