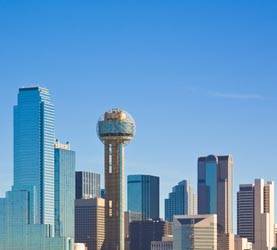 Good morning website visitor and welcome to this our first installment of the ANA RR written here at my airport gate while a guy seated across the aisle not 6 feet from me is devouring an Egg McMuffin like a scene from the water hole on Wild Kingdom.  Wow.  That’s unpleasant.

Fortunately I calmly ate before I got here and thus have ample time to unfurl my computer, respond to email, check my recent online auction wins and then dive directly into this prologue in which we say that we are looking forward to hitting the ground running in Dallas with dealer set-up scheduled crisply for later this afternoon.

Which will make for a long and action packed day with very little down time, a lot of schlepping, what we hope are no travel delays and many, many new and exciting opportunities to buy and sell coins.

Whatever we do, rest assured it will be posted in minute detail every morning of this show right here in this space.

After a thoroughly uneventful trip (except for that guy eating breakfast like a very hungry Hyena at the gate), I arrived at my hotel in Dallas at about 11 AM, checked in, stashed my bags and then wished I had slipped into some comfortable walking shoes for the looooong journey down massive airport-sized corridors to lot viewing at the convention center.

Where I calmly blasted through the Heritage session finding more coins of interest than one might have expected.

And then assembled en masse with other attendees for the 3PM entry onto the bourse floor for dealer set up. Which frankly I was slightly dreading, as I figured the booth would be configured all wrong, and I’d be missing cases and lights and things, which I was. This time, however, it didn’t take long to get squared away and I was up and running and open for business in an impressive (to me, anyway) 15 minutes.

Which was perfect timing as it turned out, since I then sold two coins almost instantaneously (if not faster), surely a harbinger of good things to come here at the show. And indeed there were, as we sold a bunch more and also found on our regular 43 circuits of the room some cool NEWPs from usual sources and dealers we’d never met before in an environment where not everyone was set up yet.

Which brought us right up until closing time as delicately hinted by someone suddenly turning all the lights off, forcing your author to lock up in the dark before heading out to a hotel restaurant with a dealer I’d never dined with before.

But by 10 I was fading fast after a nice, concise and relaxing 19 hour day. Phew.

Tomorrow we’ll be back at it bright and early, look forward to more sales, finding more cool NEWPs and then rolling into the first Heritage auction session at 1 PM.

With the results of all of that posted right here first thing tomorrow AM.

Your author slept in on Thursday, rolling out of bed at a luxurious 6 AM and thus leaving just barely enough time to get dressed, write yesterday’s RR, review and enter bids in the Heritage auction and have breakfast before beginning the unbelievably long walk from the hotel to the show.

And then after progressing about 85% of the way there I had a brief moment of panic when I discovered that my show badge was not in my pocket where I thought I had shoved it and that I might actually have to turn around, go all the way back to my room, find that stupid badge on the desk and do it all again. Fortunately it turned out to be in my briefcase, which as I’m sure you can imagine was a tremendous relief and set a positive tone right off the bat.

A feeling which would continue for most of a very unpredictable day in which sales were decent and purchases were crazy good with a robust haul of early type, cool toned pieces, and a plethora of world coins of all shapes and sizes (seriously – way more than I expected).

Also a lot different than I expected here was the grading, which I have found extremely tough at the office this last week but which here was doling out great results left and right. To other people. I know this because everywhere I went during the day someone would whip out a coin and tell me that they just scored some mega-upgrade.

Which of course made me realize that all of that stuff I sent to the office recently should have come with me to this show, though you never know that in advance and of course if I had brought it all here it was have caused some sort of cosmic tilt, the opposite would have happened and that office grading would have been heroic. So I try not to obsess about this (or anything else which is utterly out of my control). It does however argue for submitting coins at various venues through the year, and not saving them up for one giant submission which may end up being in the very wrong place at the extremely wrong time.

And then I bought a last flurry of coins before they shut the whole thing down at 6 PM, headed back to the hotel, had dinner and then answered email, talked to customers and then pored through the Heritage catalog, entered a gazillion bids and finally ran out of gas at about midnight after another long, action packed and pretty darn successful day here in Dallas.

With what I expect to be more of the same on Friday, possibly including our own super deluxe grading results coming back which would be very nice but which I frankly do not expect to happen.

Best retail traffic of the show, which is perhaps not too surprising since most people find it easier to play hooky on a Friday than in the middle of the week. Not to suggest it was busy – it wasn’t, but it was more than the previous days.

Best sales of the show, which we can safely assume was related to that last one, and including U.S. and world coins priced from $600 to the high 5-figures. And, as is often the case, the least expensive sale was by far the most laborious, as it was to a customer who arrived with a Graysheet in hand and could not understand why so many coins in the room were not priced at the levels show in print. Until we perused the auction records together online and he could see what other examples of the coin in question have actually been selling for, which I thought was pretty compelling and was pleased that he did too.

A couple of neat auction purchases of original, beautifully toned and uncorrupted old-holdered type of the sort that is fast disappearing from bourse floors, since most other people are cracking them out like crazy (maybe even right now, somewhere in this hotel).

Speaking of upgrades, the BBQ lunch was a solid B-, a huge improvement over the previous day’s limp salad.

More cool NEWPs from the bourse floor, including a fantastic early dollar and other choice type.

Grading, which shined so favorably on others earlier in the show, finally embraced CRO, as a lot of the coins that I thought were previously hammered were here graded at the levels I expected when I bought them. Hey, better late than never.

I finally got a chance to go see the numismatic exhibits here, which included a superb display of Jacques Wiener Medals which got my vote as the show’s best.

And then suddenly we had to switch back to auction mode for the 6 PM start of the Heritage evening session which would include more of the superb type we like.

Which kept us fully occupied until about 8:30, after which I had a late dinner at the hotel with a dealer friend where we were pleased to be seated next to some guy who entertained the room with high pitched screaming of the sort that gets everyone else to skip dessert and get out of there as quicky as possible. Including us.

By then I was pretty exhausted anyway, so we called it a night in anticipation of an even longer Saturday in which we’ll check out of the hotel, work a full day on the bourse floor, schlepp everything all over the place, catch a late flight and, if everything goes as scheduled, get home in the middle of the night.

From where our next (and final) RR will be penned from the comfort of my couch.

In for a penny in for a pound.

Is your author’s personal philosophy when it comes to coin show participation. Which means that if we attend the ANA’s National Money Show in Dallas, we are going to stay until the show is over at 4 PM Saturday, even as others are hauling out their inventory before lunch (unless they left the night before, like some people did).

And I have to say that I am extreeeeemely glad that we stayed, since Saturday turned out to be (from our vantage point) the best attended day of the show, with many of our long time local customers coming to the table, buying some neat coins, and in one notable instance selling us a wickedly cool 35-coin collection that was four years in the making.

We also jumped on a few more NEWPs at select tables around the room that I am pretty sure were not there earlier in the show unless I missed them, which I really do not think is possible, since I try to be very persistent (looking in the same cases multiple time during a show to see if anything new has been added), and very thorough (as evidenced by one world coin acquired only because I took the time to ask the dealer to flip it over so I could see what the obverse motif was).  Which is really what it takes to find cool coins at a show.

But that created an unanticipated problem, namely that we did not have room in our boxes for the 70+ new coins we bought here, so we made some last minute arrangement to ship some coins home with another dealer, sent in others to be reholdered at PCGS and NGC and successfully got things down to a manageable level.

So when it was finally time to head out we were ready, and feeling good about what we sold here, what we bought, new contacts we made, potential future deals we set in motion and generally everything we accomplished in an action packed, intensive, sleep-deprived 4 days in Dallas.

And now we’ll be lining up images to see if we are ready to do an EB this coming Tuesday, or if it will be going out a week later on March 15th.

With the final decision to be posted, as always, on our home page as soon as we know it. So you might want to keep an eye out for that.