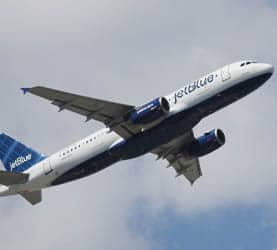 Ah yes, April, a generally pleasant month for most people, but always, A-L-W-A-Y-S (for reasons we cannot explain) the most jam-packed month imaginable on the CRO numismatic calendar.

Well let’s see.  We’re off to Baltimore in a few days for the Whitman Expo which will end on Saturday April 1st, so we can come home and then turn around and head immediately to the midwest for the 1st annual Chicago Coin Expo (a new world coin show), come home for a week, work really hard to do an Early Bird list and all the related follow up and shipping, then head to Philadelphia for the Early American Coppers Convention, then race back home for a local show the following day in Devens, MA, and then, just 2 days later, head to Schaumburg, Illinois for the Central States Numismatic Society Show to cap off the month.  Wow, I’m exhausted just thinking about all that.

I’m also thinking how nice it would be if some of those events had been scheduled for July, October and/or December (since we do not have any shows – none, not even one – planned for those months).

But the schedule is what it is and we will make the best of it, first by trying hard to sleep more than our customary 4 hours a night so we can survive this marathon, and by taking full advantage of what will assuredly be excellent, non-stop business opportunities in all those wholesale rooms, on the various bourse floors and in all the surrounding auctions.

So, when we’re not out playing road warrior we can relax around here, right?  Nope.  In the last week we’ve been as busy as ever, online, on the phone and, interestingly, meeting with 4 new local customers, none of whom we had met before this year.  Which I suppose is not too surprising given the rich and fertile numismatic ground here in Massachusetts.  Literally, as one of the customers showed me the Pine Tree 6p he had found metal detecting a few miles west of here which had sparked his interest in colonial coins.

But that was not the only long-lost coin discovered in recent times around here.  There were a few others in the Massachusetts State House time capsule, including a brilliant mint red New Jersey Copper surrounded by an RB Massachusetts Cent and an RB Chain Cent:

How cool is that?

Also cool:  The fact that of the 33 grading submissions we had at the services, we are down to just one still outstanding.  We means we have a lot of new, never before seen coins, some of which will be appearing in our next Early Bird in the middle of April, while others will be in our display cases at these upcoming shows.

So if any CRO CC readers will be in Baltimore, Chicago, Philadelphia, Devens or Schaumburg in April, we sure hope you’ll stop by and see us.