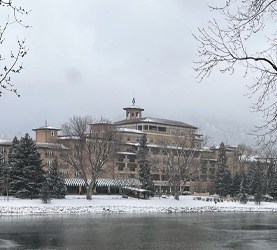 Time flies when you’re having fun, I guess, since it seems like just a few hours ago we were packing to go to SoCal for the LB show.

In reality that was a few weeks and hundreds of coins ago, as we’ve been non stop buying and selling pretty much everything that is not nailed down (though we also made deals on some of those coins too).

Which means we’ll be loaded for bear in Colorado Springs, with a ton of new coins representing the “Hey, that’s neat“, the totally cool and the downright highfalutin categories.

So if you’ll be in the area we hope you’ll stop by and see us.  And just because we’ve been buying up a storm lately, don’t let that dissuade you from offering us whatever you have to sell.  20+ years of track record says we pay strong and we’re easy to deal with.  We’re also pretty easy to find at table #428.

Of course if you will not be at the show, you can follow along with all of the action in our Road Reports posted daily right here in this spot with an insiders view of what happens on the bourse.

So you might want to keep an eye out for those –

After a loooooong travel day on Tuesday, Team CRO was comfortably situated at the Broadmoor Hotel here in wintry Colorado Springs which I am convinced is the single finest venue we have ever attended anywhere on the coin circuit. 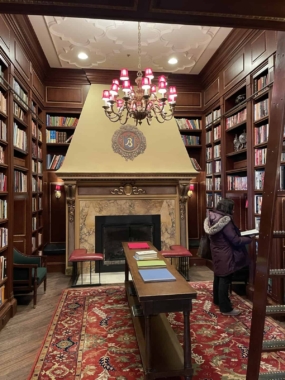 So by the time dealer set up rolled around at 1 PM on Wednesday, Team CRO was suitably pampered, extremely well rested and ready for action.

At which time we filed into the capacious Broadmoor Hall with a slew of dealer colleagues, quickly set up our table #428 and sold 4 coins that had been on the last EB before we had even plugged in a single lamp.

And that would be pretty much how it went all day (except for the lamp part), with steady sales of new and older coins to a variety of different dealers and collector/dealers necessitating us to refill the cases multiple times during the day.  Often using NEWPs we just acquired here of the US, world and esoteric variety in what turned out to be a pretty darn good buying environment.

Ironically, and despite telling MaryAnn on Tuesday I did not intend to buy any more esoteric issues at this show (since we are well stocked in that area after recent events), I of course vacuumed up a bunch more since there were some extreeeeeemely cool ones here on the floor.

With our last transaction of the day the sale of two coins at about 5:50 PM just before we secured the booth and headed over to the hotel bar with some dealer friends before going to dinner at another great place across the street.

Getting back to the hotel at about 10 PM and turning in quickly in anticipation of a busy Thursday here which we hope will not be too negatively impacted by the fact that it is supposed to be absolutely freezing out.  But we’ve come prepared for the weather, and we’ll be at the table all day looking to buy, sell, trade, grade and of course schmooze with all comers.  Including you, if you make it.

With everything that happens to be described right here in just about 24 hours from now.

On Thursday your author leaped out of bed at 4:38 AM based on some combination of enthusiasm, jet lag and the mattress being too soft, answered emails, wrote the blog, walked to the gym in 8 degree weather, got dressed, had breakfast and was off to the show after what had by then already been kind of a full day.

But of course we were just getting started as evidenced by the fact that we walked in just as the official ANA opening ribbon cutting ceremony was taking place with the requisite giant scissors and much fanfare.  Now, I don’t want to be a wet blanket here, but that seems like a tradition that maybe has run its course.  If they asked asked me (which they did not) I’d vote for just opening the door and letting everyone in like at every other coin show in America.  And no speeches.

After which we arrived at the table, uprighted our chairs, clicked on the lights and, just like the previous day, made a sale to a dealer who had been parked there waiting for us (possibly all night – I’m not really sure).

In any case, it was another good start to another good day during which we sold a lot of coins, bought another 15 or 20 which we found scattered around the floor or which walked up to the table, including even more of the esoteric stuff we said we would not buy at this show and then viewed a handful of upcoming Heritage auction lots we had pre-arranged for them to bring here for us.  Thanks HA!

A good run of activity culminating with our Deal of the Day, the acquisition of some wicked US coins from a long time local customer, one of many Coloradans who would swing by the table on this day to buy a coin, sell us something or just do some cool show and telling.

With our last sale at about 5:15 capping another excellent day on the bourse.

Followed by a drink at the hotel bar, and then dinner at the Golden Bee old timey British pub just down the street from which we returned early-ish and fell asleep soon after.

So we should be rarin’ to go on what we hope will be another busy day here on Friday.

It would be at a very civilized 9:30 AM on Friday when Team CRO walked up the long, red carpeted, slightly uphill hallway to the bourse floor, passed underneath the ANA National Money Show arch and made our way back to table #428 for what we hoped would be another strong day at the show.

And things would start off quite well, thank you, with the sale of a couple of US coins handled entirely by MaryAnn who I’ve always thought had a real knack for this coin thing.

Followed by a cash and trade deal with a long time customer for a cool world coin we were surprised had lasted as long as it did on our site, since I never see nice examples of that issue and now that’s it’s gone I don’t expect to be able to offer another one anytime soon.

After which I suddenly realized I forgot to go back and check on a coin that I first saw here on Wednesday in a dealer case, but was unable to buy since the kilted assistant working there at the time didn’t know the price.  So I raced over there, got the number, was glad it worked, and bought it posthaste.

Returning to find MaryAnn writing another invoice for yet another US coin, this a cool Bust Half we had acquired here just yesterday.

Then I got detoured into trying to quickly figure a giant US type set being offered by another dealer on the floor here, intact, for $315,000, but we could not get real close to that number and decided not to play.

Followed by another couple of sales at the table in what was turning into a solid and steady day.

Interrupted by a well known deadbeat coin dealer being hauled out by police, apparently to answer for some deadbeat activity in another state.  Can’t say I’m real surprised by that, nor was anyone else.

And then it was back to steady business until late in the afternoon, at which time the traffic thinned out, and it got quite quiet, almost to the point that we thought we might pack up, which would have been a terrible idea since a customer who was contemplating a US coin yesterday suddenly appeared at the table a few minutes later and wanted to do the deal.

Followed by my totally unexpected acquisition of a 5-figure coin from another dealer, and then another customer coming to the table, poring through almost everything we had before buying a couple of coins.

And then another customer came to the table and seemed to be following the same happy trajectory, alas what seemed positive there evaporated the instant he pulled out a copy of some drug store coin price guide to attempt to value the doily-holdered and gold stickered coins he liked.

But despite that disappointing (for both of us) ending, it was a great, late flurry of activity capping off another really good day here.

And then another nice dinner on site with dealer friends before turning in at about 10.

Tomorrow we’ll have one more partial day here on the bourse and then hope we can actually get home, though the weather is looking uncooperative in Boston and so our final ANA RR might be written from some airport hotel somewhere, and not the comfort of home on Sunday AM.

But wherever we are, we’ll be blogging, so you can check out that installment right here in about 24 hours from now.

So you want to be a coin dealer, eh?

Well today that involved a 4 hour delay leaving Denver based on the late arrival of our aircraft which we were told was stuck in Florida even though it would be coming in from Newark.  Got it?

Which would mean that we would be landing in Boston at precisely 4:19 AM on a flight which, aside from being late, featured a loud, non-stop, off-color argument between the couple(?) seated in front of us during which she called him a “piece of %@#&” at least 950 times, and both had to be told to put on their masks by the flight attendants almost as often.

To which Team CRO responded by putting on our headphones even though they were not plugged in to anything.  Honestly at some point I feared we were going to make the national news on this one, or possibly set down somewhere in Kentucky to deplane them as the rest of the passengers applauded in unison.

But that did not happen, we did make it all the way to Boston, waited just another 45 minutes for our bags, and another 15 minutes for a cab, finally whisked ourselves home and then reflected on what was another surprisingly entertaining last day on the bourse floor during which the following things happened:

But despite that minor inconvenience, and having to listen to those people in front of us, it was a good day and a fitting end to an excellent event overall and one well worth attending.

And now back home we’ll be racing to catch up with everything we missed here in the office last week, sorting NEWPs, shipping coins all over the country, finalizing our 2021 taxes and then starting work on our next EB which will go out one week from Tuesday on March 22nd.