May 1-3, 2014: The Early American Coppers Convention in Colorado Springs, CO 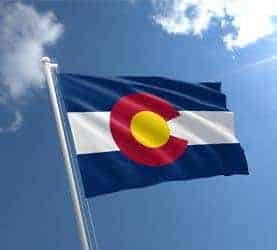 Greetings from sunny Colorado Springs, where your author delightfully finds himself for another exciting edition of the Early American Coppers Convention.

And despite a few challenges getting here (weather related delays, airplanes with no overhead luggage space, and a DoubleTree Hotel shuttle bus which could fit only 6 of the 11 people waiting for it at the airport upon arrival), I did eventually make it here to discover what has been in my experience, so far, the best run and most ‘ready’ EAC show I have ever personally attended.

Starting with dealer set up at 1 o’clock on Thursday where I found all the cases and lamps I had requested, a working electrical outlet to plug them in, and a big flat space on the wall behind me where I could affix the CRO show banner before anyone could say “Hey, smart guy, you cannot put that there.”

I also saw a lot of cool coins here, including some fantastic 1794 Coppers, the prohibitively rare Ryder-37 Vermont copper recently snagged off Ebay, a bevvy of killer early dollars, several pieces of very nice Mass Silver, and an extremely rare NJ variety which all shared one thing in common: None were for sale (at least not at this time), which your author found frustrating as all get out.

Also frustrating: Finding a cool, PCGS-graded Half Cent on the floor which was for sale, asking a price, thinking it might be $900 to $1,100 and being quoted $3,995, which is the sort of thing that generally only happens to me at this show where slab grades play second fiddle to EAC opinions and there is an 87.5% chance that anything you see will turn out to be a rare die variety (which was the case here to my disappointment).

Though I did eventually get over it in time for the traditional EAC reception, which this time included three (3) impressive ‘Cuisines of the World’ buffets with a number of totally delicious options and enough food to satisfy even this impressively large and apparently famished crowd.

Followed by the ‘EAC Happenings’, smaller groups variously discussing Colonials, Half Cents, Cents, JRCS early silver type and considerable kibitzing in the halls and bar area where people who like coins and drinking could do both to their hearts content.

I spent most of my time in the colonial room where we viewed some interesting coins, including a recently metal-detected example of a previously unknown die variety of a rare colonial pattern, and a coin believed to be a Gilfoil Copper by its abstentia owner.

After which your author called it a night in anticipation of an early start tomorrow and a long day of world class, high quality numismatic immersion.

All of which will be discussed right here tomorrow .

After an early morning, high-altitude trip to the hotel gym, I met a late-arriving collector friend for breakfast in the hotel lobby, then moseyed just around the corner to the bourse room, clicked on the table lights and prepared for a full day of EAC action.

Which would start soon after with the sale of a New Jersey copper I bought about a week ago, displayed for the first time at Thursday night’s Colonial Happening and which never made it to the website.

Followed by a federal coin of a type one might not expect to sell at a show like this, but which I brought with me anyway specifically because I figured (rightly, it turned out) there would be little or no competition in this area.

I also managed to buy a few things on the floor, including some mainstream colonials and a giant token that I know nothing about but which looked really cool and seemed like a pretty good deal.

But after a reasonably promising selling and buying start, the day got pretty quiet as a lot of the show attendees went on a trip to the ANA Headquarters leaving the dealers and a smaller group of collectors behind to trade among themselves.

And while that sort of schedule is not unusual for an EAC, with various show-competing activities and excursions planned during the days, this one was quieter than most.

Until very late in the day, when we sold another coin and bought two more before heading out to an elegant dinner with some collector and dealer friends at the Broadmoor, passing a bunch of bull-riding rodeo stars in the DoubleTree Hotel lobby on the way.

After which I was exhausted, so I skipped the evening’s presentations and went to bed in anticipation of what I hope will be a busier day on Saturday during which I hope to buy at least one of the cool but not (yet) for sale coins I saw on Thursday, before bidding in the EAC auction at night.

The results of which will be discussed right here on Sunday AM.

It was another strong start on Saturday as a number of local collectors I last saw waaay back at the ANA in Denver in May of 2012 came to the table, with most eye balling a bunch of coins and buying at least one.

But while sales were looking up, buying was very disappointing, as I was informed that two of the coins I first saw during dealer set-up and which I had hoped to buy here were in one case promised to someone else, and in the other finally offered to me but priced at a level that was akin to not actually being for sale afterall (at which I of course passed).

But then, just when it appeared that all hope was lost, I found a neat Large Cent on the bourse floor and then, waaaay better, was able to buy the rare NJ copper I saw Thursday. Yes, the one coin I figured was least likely to be available suddenly was in a full-circle transaction that started with an “I’m not sure I want to sell it” before finally turning into an “OK, it’s yours if you want it”.   And indeed I did.

Proving once again that you really never know what’s going to happen at these shows, so you really need to just be at all of them so you don’t miss anything.

Leaving me in a real good mood despite not much of consequence happening at the show after that, and then getting shut out in the well attended and very active EAC auction in the evening.

After which I went to bed in anticipation of a very early flight on Sunday which would arrive in New England at about 4 PM.

Which is where I am now, mostly exhausted, glad I went, but happy to be home where I can now catch up with everything that happened while I was gone and then gear up to start hammering out Tuesday’s Early Bird which will, in my humble opinion, be a very, very big one.