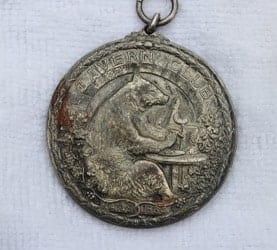 Today was an exciting day at CRO (at least by coin-geek standards), as Dave received our grades back on a recent submission and informed me that they included an unc. example of a colonial coin previously unknown in mint state. “Yes, this will be acceptable”, I announced to no one in particular.

Not quite as acceptable: Destinations we used to be able to ship to via the USPS overnight are now routinely taking 2 days or more. That may not sound like a big deal, but every day added here and there ultimately costs money.

We were recently contacted by someone who had inherited a Tavern Club Medal (like the one our site) from their grandfather, which is surprising, since there are just a few known.

On the other hand, we believe we can be pretty competitive for coins in our specialty, something we prove at most every show and auction – so if you have something cool to sell, please do offer it to us.

And while buying coins is nice, receiving new items via trade is quite appealing too, so we are delighted that our trade-in program (in which our customers can trade in their coins toward coins on our site) has been continuing at a real good clip, which would explain why Dave has been holed up in his office evaluating boxes of coins for a few hours every day.  Sometimes it might be a mixed bag of stuff we wouldn’t normally buy (a group of circulated ANACs holdered overdates and overmintmarks, anyone?), while other times we receive choice examples of the kinds of coins we normally carry and gracefully transition them to our website inventory.

Speaking of inventory, last Tuesday, for the first time ever, our on-site offering reached the 200 coin mark, which has been an internal goal at CRO for a while, and an approximate total we will endeavor to maintain.  We feel this figure represents a good balance of having a rich assortment of coins and price points in all categories from colonial to esoteric, but not so many coins that we’d have to compromise on quality or gum up the site.

Did he say gum up the site? Um, yes.  This has actually been a big issue here of late, but after some significant IT investments (and a slew of late nights) we believe that we now have the systems in place to handle our current volume (which is running about 3x higher than what we saw on the site 18 months ago), as well as handle our projected growth for a while.  And the new Early Bird set-up (which we have tested ad nauseum) is now equipped to handle the expanded customer list that imploded the old system.

We really need to find a better way to snag good images of coins that are sold off of our Early Birds, since a few more cool things went out the door this week that really deserve to be in our archive.

Though this has not stopped us from continuously adding other neat things as we get the chance, like this 1880 Morgan $1 in PF66 [PCGS-CAC Gold]: 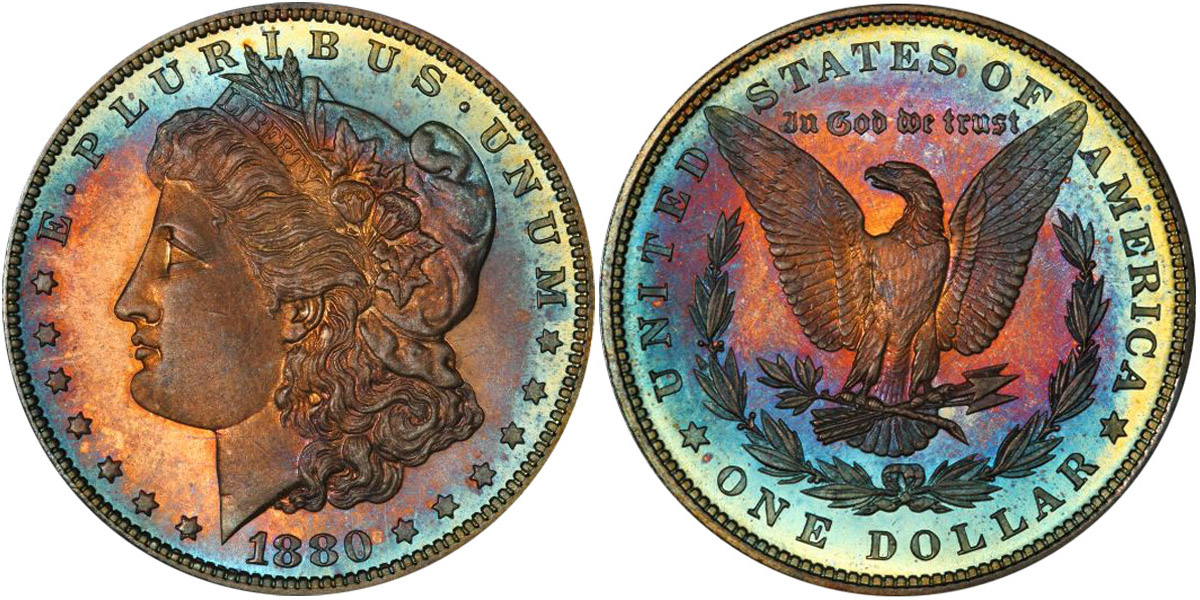 We sold that coin a couple of months ago and put in the archive, where another customer saw it and asked if we could find out if the brand new owner might be willing to sell it. Ultimately, and frankly against all odds, it worked, and we consummated a transaction in which everyone involved got what they wanted. So if you see something of interest in our archive, we can’t guarantee that we’ll be able to put a deal a together, but it cannot hurt to ask . . .

And now we are gearing up for our next event in Long Beach at the end of this month, where we have been angling toward a mega-trade deal that, if successful, might possibly be described in an upcoming blog right here in this section of the site.