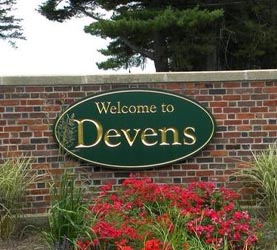 After a several week stretch away from the coin circuit, we were excited to be back at it today at our local show.

Where this time we’d be upping the ante, increasing our display space and inventory offering by 2x.  And our staff, as daughter Aleka would be joining me behind the table for this one.

So why did we decide to go big(ger)?  Several reasons:

We also tried to do a better job identifying who we are in a room in which there are no banners or booth signs, namely by making this “As seen in CoinWorld” sign for the case: 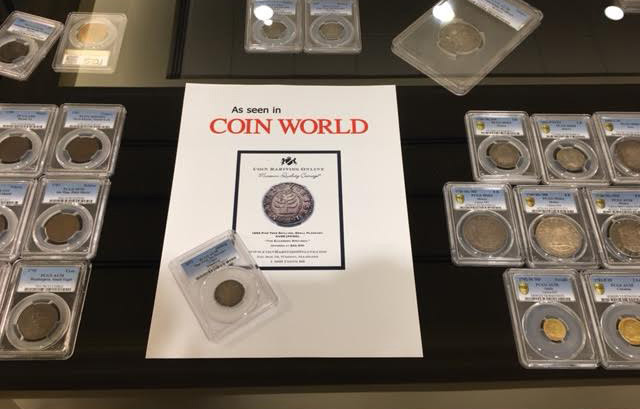 So how did it work out?

I’d call it an unqualified success, as we had good traffic at the table, met some new collectors who were heretofore not familiar with us, showed lots of coins to lots of people and enjoyed by far our biggest sales to date at this event, including coins in all categories to a variety of different retail and wholesale buyers.

While taking advantage of the help behind the table to scour the room for cool coins, of which we found a surprising number again in all of our categories, including a couple of wholesome colonials, some neat US type, a wicked Portrait 8 Reales and our usual assorted esoteric pieces. Though we did end up passing on a few other initially promising coins, including a few which didn’t hold up well under a loupe, and others priced just too far beyond what we wanted to pay. Oh well.

Snagging our last purchase at the show at about 1 PM, and making our last sale at 1:30 as most of the other dealers were packing up and heading out.

With one last purchase made post-show, hours later in fact, as we chased down one more coin we had seen on the bourse floor but forgot to buy when we were there.

All adding up to a thoroughly satisfying day in Devens.