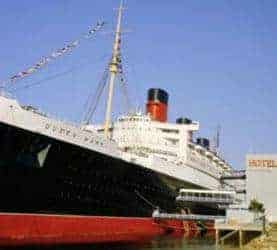 Welcome to this the first installment of our LB RR, a carefully crafted pre-trip summary typed by me (JA) mere moments before I zip off to the airport for the looooong trip west.

And what will we find when we arrive?  While we cannot be certain, we expect it will be some interesting auction lots, exciting numismatic trades, choice new purchases, good sales and, taking advantage of our show table location directly across the aisle from PCGS, a veritable ton of grading submissions which have accumulated here over the last few weeks.  Including 16 new raw coins we just purchased this morning!

All of the results of which will be described here and augmented by candid (and mostly out of focus) iPhone photos every morning (with our usual disclaimer that, as we will be on the west coast, we cannot promise updates here much before 10AM east coast time).

Wednesday was among the very longest days in CRO Road Report history, beginning at about 1:15 AM when I finally arrived at my hotel after a delightful and much delayed 8 hour trip from New England during which I sat next to a guy with 2 not-very-well-behaved kids under the age of 2.

But when I got here, I was excited to see that the same hotel which had wowed us with the ghostly hand holding a plastic apple in-room décor (see our RR of January 30th of this year), has now introduced this fantastic new addition to the lobby (apparently fresh from its last appearance in a spaceship engine room scene on Battlestar Galactica):

And I won’t even mention the birch tree decals pasted to the lobby windows:

In any case, I felt terrific when I woke up just a few hours later and headed over to the convention center for Heritage lot viewing the moment they opened and then stayed there, without moving, until I had pored through every box and viewed most every coin in the sale.  During which I found about 2 dozen coins that we’ll be chasing, a bunch of other cool ones we won’t be bidding on, and some other stuff that just wasn’t very exciting.

By which time I desperately needed a caffeine jolt over at the Hyatt coffee shop with a dealer friend, before heading back to the convention center for the new noon opening of dealer set-up (a change from past events here which always kicked off at 2 PM).

One of a number of changes that have been instituted by PCGS to improve this show, most of which seem to be working. Such as this event being what a microphone wielding PCGS President David Hall described as “The First Digital Coin Show”, a reference to the new app which allows attendees to search show dealer inventories (via Collector’s Corner listings) for coins they need.  That’s pretty neat IMO, and represents a significant improvement over the “old” way (i.e. wandering aimlessly around the bourse hoping to bump into coins you need). It also suggested to us that we ought to get off our figurative dime and start listing things on Collector’s Corner, since we aren’t currently doing so.

As for dealer set-up itself, it was reasonably active for us on many different fronts:

And then they wheeled out the now traditional free beer and Mexican food into the aisle right in front of our table which everyone seemed to enjoy (with some guys – and you know who you are – making at least 6 trips and wiping out an entire party-sized bowl of guacamole in about 45 minutes).

After which we called it a night, heading out for a relatively quiet dinner and then going back to the hotel to finalize our upcoming bids before completely running out of steam at about 11.

Meaning that we should be rested and ready for action on Thursday, starting with dealer set-up at 8 AM and continuing right up through the Heritage auction starting at 6 PM.

The details of which will be described right here on Friday AM.

Thursday AM was a bit of a blur (in a good way), as I was up really early, answered email, talked to some customers in other time zones, wrote the blog, made a quick trip to the gym and then headed off to breakfast where I ran into our own Dave Wnuck before skating into the show at precisely 8 AM.

And we were quite productive right from the start, analyzing and then finalizing the terms of two pending deals and getting the last of our grading organized for submission before the public came streaming onto the bourse at 10.  Where I observed that 85% of the attendees seem to migrate down the main aisle to the left upon entering, taking them straight past our table (one of the reasons we like our location here).

Things we also like: the fact that a lot of these attendees stopped by on Thursday to buy coins in all categories and price points, from a few hundred dollar Morgan we sold early in the morning, to a 6-figure Massachusetts Silver coin we sold in a large-scale cash and trade deal very late in the day.

Interestingly, colonials were especially strong, with a number of different buyers acquiring multiple coins for their collections.

Our purchases were very robust too, totaling well over 100(!) coins on this day, of which 56 came in one fell (and quite bulky) swoop as part of the aforementioned cash and trade deal.

Though this was not the bulkiest thing we saw on Thursday – that honor goes to this genuine Yap Stone being offered at Kagin’s table:

And while we did not purchase that piece (mostly because I did not want to have to carry it home), we did very well scouting out smaller and lighter coins on the floor, some from well-known guys we have done a lot of business with in the past, and others found at out-of-the-way tables run by people we’d never met before, the best of which was probably a deluxe Nova Constellatio which will be going in for grading here.

But the neatest thing we saw wasn’t a coin at all, it was a beta version of a new App that PCGS President Don Willis showed us on his iPhone that allows you to simply scan the barcode on a PCGS or NGC slab and immediately call-up that coin and all related information about it, including pop reports and recent auction records and pricing data.  When this comes to market (soon, we hear), I expect it will be about the most valuable tool in the industry. Also, we are told it will be free to PCGS Coinfacts subscribers, which sounded good to us (since we are).

And then all of a sudden it was 5:50, so I raced upstairs for the Heritage auction starting at 6 where we bought 4 cool coins, got outbid on another couple, and then quickly made our way back to the hotel to meet a good local customer for dinner at Michael’s, a simply spectacular restaurant that we had never been to before, but had heard rave reviews about from many other dealers.

All of which we can now confirm, since the food was amazing, exceeded only by the conversation which continued on pretty late.

Friday we look forward to another good day with a couple of more deals to close and the promise of more cool coins to buy, all of which will be discussed here on Saturday morning.

What kind of business? Some sort of a deal in which we took some generic gold in trade for some coins in our inventory, and then sold the generic gold 4 minutes later to another dealer (a basic deal format that would turn out to be repeated several times in the afternoon).

Which was but a small part of the total activity we saw on Friday, resulting in a day that very closely resembled Thursday in sales volume and mostly decimated the higher priced items in our inventory.

Less expensive coins sold too, though, as most everyone who came to the table was apparently there to do business.

Still, we somehow managed to buy more (in units) than we sold, adding another 30 coins or so, highlights of which included some choice US type, an AU Continental Dollar, a gem Pillar ½ Real and some cool toners.

Friday also marked the return of much, but not all, of our show grading submissions, the results of which ranged all the way from not-very-exciting to uninspiring (at least so far), with most of the coins coming back a grade or so lower than we were thinking. Oh well. We’ll see what happens with the rest of them on Saturday and hope for an exciting late show grading comeback (though in our experience, that’s not the way to bet).

Late in the day things slowed down and eventually we headed out for dinner with a dealer friend at L’Opera, a fine Italian dining experience up the street which on Friday evenings literally includes a roving and suitably rotund opera singer who was intermittently belting out some real fine tunes while I was trying to eat my Risotto.

After which we called it a night in anticipation of another looooong day on Saturday, the details of which will be described in the Day 4 installment of this RR posted from home in New England on Sunday AM.

Statistically, Saturday was not much to write home about:

And while that may not sound like much, it is perhaps worth noting that Dave and I were actually at the show only during dealer set-up from 9 to 10 AM before we had to race to the airport and catch our respective flights home.

So we did what we could in the very brief time we had.

How come we left so early? I’m glad you asked that. Certainly had we known this show was going to be as active as it was we’d have stayed longer, but we made our travel plans months ago based on past experience (which has been that Saturday here is usually quiet). Making the decision to take an afternoon flight and roll into New England at midnight considerably more appealing than spending all day in LB doing very little business, taking a redeye flight, getting home at 6 AM and then sleeping all day Sunday while the rest of the family is out doing something fun.

Anyway, in total we could not be much happier with the show here, as the bourse was very active, attendance (at least of collectors at our table) was robust and business was better than expected in pretty much every way.

Sending us home in good spirits, restocked, and ready to unleash yet another wicked Early Bird this Tuesday which I have already started writing here on the plane.