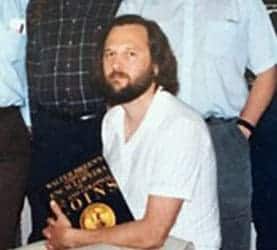 We lost a good friend and numismatic colleague this week with the passing of Mike Ringo.

Most coin collectors and dealers may have never heard of Mike. He was a quiet, low key collector / dealer from upstate New York who never sought the limelight or promoted himself.

He is perhaps best known for forming what was known as the ‘Albany Collection’ of Machin’s Mills colonial coinage, one of the finest ever assembled, which was sold as part of the C4 auction in November, 2000. But I will remember him for much more than that.

To me he was the single most knowledgeable person when it came to practical colonial numismatics. Period. What I mean by ‘practical colonial numismatics’ is the knowledge that he gleaned from decades of actually looking at colonial coins. But it wasn’t simply his knowledge that made him special, it was his willingness to share what he knew and help others in this hobby that made him special.

He was the best at detecting colonial fakes

There are others still with us who are skilled at detecting really deceptive counterfeits, but Mike was simply the best there was. I have a bit of an uneasy feeling right now, now that Mike is gone. One less expert out there to tell the good from the bad.

He could attribute most colonials by die variety from MEMORY

If I hadn’t seen him do it, I might not have believed it. Mike could attribute colonial coins by die variety completely from memory. That ability showcased his amazing intellect and memory. Consider that there are 350 die varieties of Connecticut coppers -and that is just one colonial series. I (and most other colonial colonial coin specialists) have to rely on books and photos to do what he did in his head. His memory allowed him to discover several new die varieties of colonial coins which he wrote about in various colonial coin journals.

He shared his knowledge freely

Mike was always available to help a fellow collector or dealer, anytime, anywhere. I sent Mike many coins for his opinion, and I asked him many questions through the years. He always gave me the straight scoop, unvarnished, exactly as he saw it. Sometimes questions asked of Mike were sensitive, with different parties having vested interests in a coins authenticity, and significant financial implications based on the outcome. Mike always navigated these situations with grace, was impartial, always honest and always maintained the respect of his colleagues.

I’ll remember Mike as one of the all-time greats in colonial numismatics. It would not be an overstatement to say that his contributions were as significant as some who are admittedly more famous and whose names adorn reference books and catalogs dating back to the mid 19th century. But I don’t think Mike would be too troubled by that as that wasn’t what was important to him.

What was important to him was doing what he loved and sharing his enjoyment with others.

Mike Ringo made a huge, positive impression on me, and I am going to miss him.