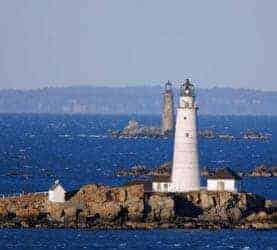 Ah yes, after one major snow storm, some extended power outage, followed by some impressive Indian summer with temperatures reaching almost 70 degrees (during which your author may or may not have been seen wearing shorts around the office), we are prepped and ready for our first show in nearly 30 (thirty) days.

And in this case we won’t have to go very far, just to downtown Boston for the always exciting Bay State Show and C4 (Colonial Coin Collectors’ Club) annual convention.

During which we will be pleased to see old friends, meet new collectors, check out and discuss a lot of cool stuff and hope to sell a plethora of not just colonial material, but also lots of exciting new federal and esoteric coins we have sourced quite literally from all over the world (sometimes bidding by phone with the able assistance of some lady who spoke almost no English at all).

Also, as always, team CRO will be buying up a storm here, which means that if you have something to sell, and will be in attendance, you really, really should stop by and see us.

But if you will not be in attendance do not despair, you can still follow along from home since every single thing that happens at this show (unless it is something totally inappropriate) will be described here, in this space, in vivid detail, every morning.

So you may want to check that out.

Executing today’s travel plan to absolute perfection, I rolled into the Radisson Hotel just in time to stand in the hall on the 6th floor for 25 minutes waiting for them to let us into the show for dealer set-up (pretty much exactly like every other time I’ve ever been here).

But eventually they did, and your author quickly secured three (3) cases, three (3) lamps and one (1) extension cord and then began the process of displaying the massive number of coins we brought with us.

Which I did somewhat haphazardly at first, simply piling the coins into the case in no particular order so that I could quickly walk around the room and make sure I didn’t miss any cool NEWPs that someone else might have brought with them.  Which proved to be a good strategy, as I quickly found a fantastic esoteric piece on the other side of the room, instantly bought it and began dreaming about cool ad captions for it.

But despite my best efforts and though I certainly looked at a lot of other coins of all types in many dealer cases, that would be our only actual purchase on this day.

A total exceeded by 100% by our sales, which were, perhaps slightly unexpectedly, both federal coins.

And while we did not actually buy or sell a colonial coin on this day, there was no shortage of colonial coin related discussions, both over dinner with a dealer friend, and afterward at the C4 reception where we chatted with collectors from all over the country until extreeeeemely late into the evening covering topics as diverse as colonial coin mint marks, colonial coin undertypes, wearing white tie and tails to a cotillion, and colonial coin circulation patterns.

After which we left to get some rest, since Friday will start early and run late, from 8 AM all the way through a private auction expected to end well after midnight.

I like to think of myself as an observant person, which I will now demonstrate by listing some of the interesting / exciting / unfortunate and/or undercooked things I saw on Friday:

Observation 1:  It was genuinely crowded on Friday from the 10 AM opening until about mid-afternoon, to the point that it was really difficult to actually walk down the aisles here – it should be noted, however, that the aisles are extremely narrow (though they seem like major thoroughfares compared to the absurdly small space behind our table which barely accommodates team CRO).

Observation 2:  We were again doing more federal and esoteric business than colonial business on Friday, which is surprising, but just fine really.

Observation 3:  A collector friend of ours chose to celebrate this last installment of the Bay State Show at this venue by wearing, in neat colorful rows covering the entire front of his shirt, every show entry ribbon he had acquired in every past year here.  This is not a sartorial choice I would have made nor could have, since I never save any of that stuff, though I do occasionally find an old one stuffed in one of my coat pockets years later.

Observation 4:  We did not consummate the colonial deal vaguely referenced yesterday, but hope to do so in Baltimore.

Observation 5:  Schmoozing here was considerably above average, and included a lot of interesting discussions with C4 members we unfortunately only get to see once a year (usually here).

Observation 6:  There are some cool colonial related displays in the room, including Tony Terranova’s superb collection of high grade Machin’s Mills coinage, early currency representing each colony, French Indian Peace Medals, a run of New Jersey Copper ‘No Coulters’ by die variety (and including a seldom seen and extremely rare Date Under Plow Beam type), and a few neat things at our table.

Observation 7:  We had dinner across the street at Legal’s with a good customer friend, during which my Thai Curry was delicious, but their meals were both served ‘al fresco’ (i.e. totally raw) and needed to be sent back and recooked, which in my opinion always makes a meal extra-special.

Observation 8:  We attended some colonial seminars afterward, including a look at some mind-blowing colonial coins in the Hunterian Museum in Scotland that none of us had ever seen before presented by American Numismatic Society curator Robert Hoge, and a fantastic presentation on Massachusetts Silver by Chris Salmon.  Dr. Salmon’s presentation was especially interesting to me, since in it he articulated his rationale for a new Massachusetts Silver classification system to replace the familiar Noe numbers to a crowd of people who mostly were not in favor of the idea (frankly including us).  But after hearing his presentation, fully understanding the problems and limitations inherent in the current system and seeing his elegant and logical solution(s), we were convinced!  So much so that we are going to begin adding Salmon numbers to the Mass silver on our site effective just as soon as we have time to do so.

Observation 9:  After that, and by then quite late, a lot of us went upstairs for a “Midnight Madness” auction, which took place in two jam-packed adjoining guest rooms on the 16th floor of the hotel, and featured temporarily unretired coindealer Tom Rinaldo as the auctioneer who called the sale while variously sitting in the bed like a Maharaja (and with, coincidentally, the same hair style), or jumping up and down in an extremely animated fashion, though he did properly recognize the gravitas of the event by doing so, at least initially, in a sportcoat.

Where he proceeded to sell 15 lots of colonial coins and related literature for the benefit of the C4 club to a crowd which ranged all the way from drunk to extremely drunk, and which was, by all accounts (except from the people in the next room who might have been trying to sleep), a big success.

After which I left, finally getting to sleep at 1:45 AM, virtually ensuring that I would be extreeeeemely well rested and ready to go on Saturday.

After our well-documented really late night on Friday, I rolled into the show at about 9:30 AM on Saturday and found our own Dave Wnuck already there and engaged in some kind of elaborate cash and trade deal with a customer which seemed to be going well, but made me feel like a slacker.

So I figured I better walk around and try to make something good happen, which I did some time later in another unrelated cash and trade deal for a few esoteric items on our list.

Followed by our acquisition of 6 pieces of raw Washingtonia best described as ‘wholesome’, two (2) raw Barber coins with pretty toning, and one deluxe colonial coin of a type we have never even seen before let alone owned.

Sales were pretty decent throughout, mostly in the federal area, possibly due to the fact that we had some of the more interesting items in the room if we do say so ourselves (including a number of cool and relatively new things that we introduced here, which have not been on an EB or on our site).

And while we pondered a few other things, including two pretty expensive things, we could not get together with the sellers and make a deal.

Instead, we hung out and talked to other collectors and dealers in the afternoon and saw some superb show and tell items, including some fabulous smooth, golden brown 1788 Connecticuts and a wild double struck Pine Tree Threepence with two bold trees and two bold dates that the owner was, unfortunately, absolutely not going to sell no matter what.

Sometime in there we acquired copies of two new colonial books written by C4 members, the first being ‘The Rosa Americana Coinage of William Wood” by Syd Martin, who must have found a way to extract more than 24 hours in each day, since he has managed to deliver what is without a doubt the definitive reference on this series and a really large impressive volume, apprently done in his spare time.  Amazing.  The second is “New Jersey Coppers”  A Comprehensive Analysis and Attribution Guide of New Jersey Colonial Coppers” by Mike Demling, which is exactly what it purports to be, and should allow anyone anywhere to attribute any NJ Copper without breaking a sweat.  Congratulations to both authors for their work and we encourage anyone interested in either series (or colonials in general) to buy these books.

And then, late in the afternoon, we began packing up, right in the midst of which we ended up taking a significant copper collection on consignment, and then selling two colonials literally minutes before we walked out the door, allowing us to end the show on an extremely high note.

In all, this last Bay State Show and C4 convention at this venue was a pretty good one, offering the camaraderie and commercial activity we have become used to here, and which we will miss, though the future seems pretty bright, with Bay State moving out to the Boston suburbs next year, and the C4 convention relocating to Philadelphia in conjunction with the Whitman Show there next September.

But while we look forward (waaaay forward) to those shows, we need to focus on the present, which today includes getting ready for our next event, which will be starting in just 48 hours from now in a Stack’s-Bowers lot viewing room in Baltimore.

Which means we need to stop typing this and start doing that.