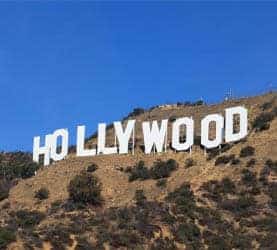 That’s right – it is time once again for a recap of my experience as an “Expert Appraiser” (please – hold your applause) on Connecticut Public Television’s Connecticut Treasure Appraisal Fair!

Which this year was conveniently scheduled on the Sunday right after the Whitman Show in Baltimore, affording me the excellent opportunity to race home completely exhausted after a busy week, wake up very early the next day, get all gussied up for a possible TV appearance and then zoom to the Mohegan Sun Casino Arena for the scheduled 7 AM start.

On a more positive note, this tight schedule prevented me from using the complimentary tickets I had received from CPTV to go see a show by comedian Dane Cook on Saturday evening.

Don’t get me wrong – I certainly appreciated the gesture of free tickets (and would if anyone else ever wishes to send me any), but I just do not think I am physically capable of seeing a Dane Cook show ever again after an experience on a 5 and a half hour flight to California last year.

You see, this was one of those flights with the little seatback TV’s, which sounds good in theory, but which, on this occasion was broadcasting only two things:

But since there was absolutely nothing else to do on that flight, I ended up watching each of these fine programs multiple times, such that by the end of the flight I never, ever want to see that man do anything again (unless it turns out that he is reading this Commentary, is a coin collector and wants to order something from us, in which case all would be forgiven and I would follow Mr. Cook around the country like some sort of numismatic groupie attending hilarious performance after hilarious performance).

Anyway, there I was at the arena right on time, mostly awake, almost as nattily attired as last year (truth be told, I wore the same suit I bought specifically for last year’s show, though with a different shirt just in case it became necessary to prove to the TV viewing audience who saw me last year that I definitely own more than one).

And, of course, this year I arrived totally up to speed with how this thing works (see last year’s CPTV Coin Commentary for details) and ready to appraise the procession of rare and exciting coins that would surely be walking up to my table . . .

But things started a little on the slow side, as the attendance this year seemed to be much less than in 2009.  Not sure why.  Maybe everyone who lives in the vicinity and owns coins, antiques and the like already brought them in for appraisals last year?

Regardless, I was ready, and soon enough the first ‘appraisee’ walked up to the table, introduced himself and gleefully produced a copper disk so corroded that it could have been almost anything.  “Gee, that’s not an auspicious start”, I said to myself.

Sometimes when things start slowly, they quickly get better, though not in this case, as the next several hours saw the following not-very-exciting items cross my desk:

But there were a few widely spaced interesting pieces too:

But the highlight of the day for me was the return visit from the same gentleman who had the best coins last year, selected from a collection that was put together by a relative of his in the early 1930s.

Since last year’s show this gentlemen had visited our website, perused Our Archives section and noticed that we listed a high grade 1854-D $3 Gold Piece.  And he was pretty excited, since he had one too – a piece originally purchased in the 1930’s per the little paper coin envelope it was stored in, and seemingly in even better condition than the one on our site!  And it was a very nice, choice AU coin, with a wonderful original patina indicating it had never been cleaned or corrupted.  Unfortunately, his coin was made in the Philadelphia mint, not the Dahlonega mint.  A really nice coin and still worth about $2,000, but not the $50,000 home run he expected.  Which is never a very pleasant thing to have to tell someone.

On the other hand, there was some excitement elsewhere in the room, such as in the jewelry area, where a pink diamond that was given to a young woman by her grandmother years ago was appraised at $200,000.  It seemed the grandmother was on a big ocean liner in 1912 when she was a young woman and . . . wait a minute, that’s the story line from the movie Titanic.  The part about the $200,000 pink diamond, however, is absolutely true.

Unfortunately, nothing like that came to my table during the day, meaning that I did not get to appraise any items deemed ‘TV-worthy’ by the producers.  Oh well.

In a way, though, I was slightly relieved that nothing numismatically spectacular showed up, as one of the legion of ‘helpers’ who volunteered to assist the appraisers for the day was very, very aggressively trying to buy any coin I appraised from the owners.  Not sure whether or not it was kosher with the public TV station or not, but he was extremely persistent and I would not be surprised if made himself some deals out in the parking lot.

So, what can we conclude about this year’s event?

Well, to me it seems that, based on this experience and my many years doing appraisals for estates, banks, antique auction houses and individuals, rare and valuable coins are genuinely rare, as very few people actually have any.  Which makes the times when something really cool does show up all the more interesting.

And which is why I will, if asked, be here next year too, very likely dressed in the exact same suit, though with yet another spectacular shirt beneath it.