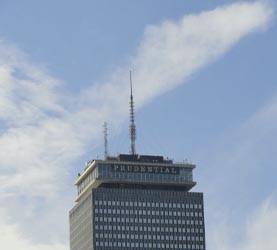 It was a fantastically miserable, damp day here in Boston, just like it’s been at every one of these fall Bay State shows for as long as I can remember.

But that was OK, since we were camped in the hotel for most of the day, first getting organized in the room, then finally unleashing ourselves onto the bourse floor at about 4 PM for the exciting (well, sort of) kick-off of dealer set up.

Actually, it was fairly quiet, with the room slowly filling up, including a number of national dealers we saw just hours ago (seemingly) at the CT show, some colonial specialist dealers we see only once a year at this show and just a smattering of serious collectors (not surprising since the bourse wasn’t officially open to collectors yet).

And much schmoozing was had by all (including us), along with some minor deal making while we considered some bigger moves.  And big moves are possible here, with myriad really cool and highly desirable 5 and 6 figure coins, many of them colonials, on display at a number of cases, including ours.

There is no doubt that some of these big coins will be moving at this show – the stuff is too cool, too rare and too infrequently seen not to be snapped up by someone.

But while we were eyeing some coins around the room and had some interest in some of ours, on this day we bought just one inexpensive coin and sold one medium coin before heading to the C4 (Colonial Coin Collectors Club) reception at 8:30 for some good food and good conversation of the colonial variety which continued pleasantly until about 10PM, when your author called it a night and went to watch the Patriots lose in OT.  Drat.

But we’ll be back at it in the AM, refreshed and ready to go, with the public in attendance and maybe, just maybe, a few additional cool coins in our case.

We’re not exactly sure what to make of today.

First off, we had several nice orders off the website (a promising start!).  Then a few customers from the local area who had ordered items off the site in the previous few weeks came to the show to pick them up, saw them for the first time in-hand, and liked them (that’s always nice!).  Then we had a late afternoon phone inquiry about the biggest coin in our current inventory (most welcome!).

Which was all wonderful news, especially since the show itself was quiet.  Very quiet.

So we spent most of the day lot viewing for tomorrow night’s C4 auction, broiling on the too-hot bourse floor, looking at cool show and tell items and generally shooting the numismatic bull.

In fairness, this show is not normally a blockbuster, as evidenced by the fact that one of Boston’s largest and best known dealers decided to set up at the Santa Clara, CA show this week.  That must be indicative of something, right?

Anyway, our total Friday ‘take’ was 3 or 4 moderate purchases and a handful of moderate sales, and before we knew it, it was time for a nice dinner with a dealer friend before I headed home to see the family, check emails and write this blog.

We look forward to what we hope will be a more action packed Saturday, starting at 9 AM on the bourse floor and ending when the last lot of the C4 auction gets hammered down at about 11 o’clock tomorrow night.

Saturday got off to a very promising start, with some pretty good federal sales within the first few minutes of the show.  And then a few more near misses to follow and soon we were back in the pattern from Friday:  Many lookers, many people considering coins, but not that many actual sales.

But we do now have a couple of big coins ‘in play’ (dealer parlance for things being seriously considered by and/or negotiated with customers), and if any of them slide into the SOLD column on Sunday, this will move from being a relatively quiet show for us to a very good one.  Such is life in the six-figure coin market.

On the buying side, things were really pretty good.  We bought a number of federal coins and some cool esoteric pieces on the floor, then picked up some very nice colonials in the C4 auction (a private affair open only to C4 members, unencumbered with internet and Ebay LIVE! bidding participation, uncluttered with large screens with the current lot being beamed onto them and subject to only a nostalgic 10% buyer’s premium).  We might have actually bought more, but the truth is I left early entrusting the precious CRO bidder card to Dave.  What he did with it, I will not know until we meet up on Sunday morning (gulp).

Of special interest in the sale (other than a lot of cool coins) was one lot donated by QDB / Whitman Publishing with all proceeds to go to the benefit of the club:  An advance copy (in fancy, full-color, three-ring binder form) of the new QDB book on colonials.  The book was on display at the show allowing all of us to rifle through it and see what’s what.  But when it came time to try to buy it, it quickly sailed out of site, finally hammering down for $11,000(!) to colonial guru Anthony Terranova.  ‘TT’ then announced his intention to donate it straight away to the ANS in NY, a grand gesture both in support of the C4 club and colonial collecting in general.

Our next RR will be written late Sunday, and will, we hope, contain exciting last minute news about great buying and deluxe selling.  Hey, you never know.

I found out what Dave bought at the auction after I left:  a New Jersey copper, a Vermont copper, a USA button, a Fugio with a counterstamp (first we can recall seeing) and 2 unusual items destined for the “Wnuck Collection”.  As an aside, I often have the experience of picking up our newly purchased lots at one of the dozens of sales we attend annually, discovering a couple of oddball things in there and thinking “I sure hope Dave bought this for himself.”  And, except for the time one of the auction houses accidentally sent us some gigantic paper money lot that we didn’t actually bid on, that’s been the case.

Anyway, I would deem the auction a success for CRO, as we acquired some pretty cool NEWPs including 2 really rare coins that you’ll be seeing shortly.

And that was good, since Sunday on the bourse floor was pretty much a continuation of the other days, with more or less the same level of activity, only abbreviated, since at about 1 PM on Sunday the Bay State Show morphs into a flea market in which vacated coin dealer tables (more than 50%, I’d say) are taken over by squatters peddling all sorts of stuff ranging from beads to photos of Marilyn Monroe to what looked an awful lot like the same mismatched dinner plates I used in my college apartment.  [Note:  This is the longest sentence we’ve ever had in a Road Report – Ed.].

Conclusions:  Hey, I wish we sold a few more coins at this show.  In fact I’m surprised we didn’t.  But we have a lot of cool new stuff and a date with the Baltimore bourse in a just a couple of days, and I predict good things will happen.