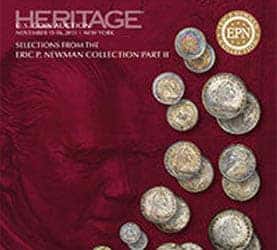 As our loyal readers have almost certainly heard, seen and experienced by now, last week a significant numismatic event took place in New York in the form of installment 2 of the Eric P. Newman Collection auction at Heritage.

For those who have been out of the loop for the last few months, or possibly working on the International Space Station and thus did not receive their catalog, here’s a quick synopsis:

Eric P. Newman is one of most famous figures in American Numismatics, having been a prolific collector, author and researcher active since the 1930’s. He has assembled one of the largest and most famous collections ever formed, is the only living person ever to own all 5 of the 1913 Liberty Head Nickels, has received a plethora of industry awards and accolades, and in 2003 established the Newman Money Museum on the campus of Washington University in St. Louis. About a year ago the Eric P. Newman Numismatic Education Society announced that items from the Newman Collection would be sold “with proceeds to be used exclusively for supplementing the Society’s museum operations and scholarly numismatic research efforts and for the benefit of other not-for-profit institutions selected by EPNNES for public purposes”.

Meaning that coins which in many cases had been off the market for some 90 years and traced back to the famous holdings of Col. Green were suddenly going to be available to a new generation of collectors.

Which is exactly the kind of story and event that invariably creates tremendous interest and excitement in the market, causing a vast army of collectors, dealers, industry professionals, souvenir hunters and numismatic groupies to either flock to NY to attend this sale in person or participate via the internet to try to buy some of these items.

Including us, as we saw this as a rare opportunity to acquire an interesting assortment of cool coins which had been off-the market for y-e-a-r-s, in a variety of denominations, types and series and bearing this storied provenance.

So were they the greatest coins ever assembled?

Well, a few were – including lot #33361, an utterly superb 1840-O quarter which was among the most spectacular coins your author has ever seen of any kind (spoiler alert: we were not the buyers at the $329,000 selling price): 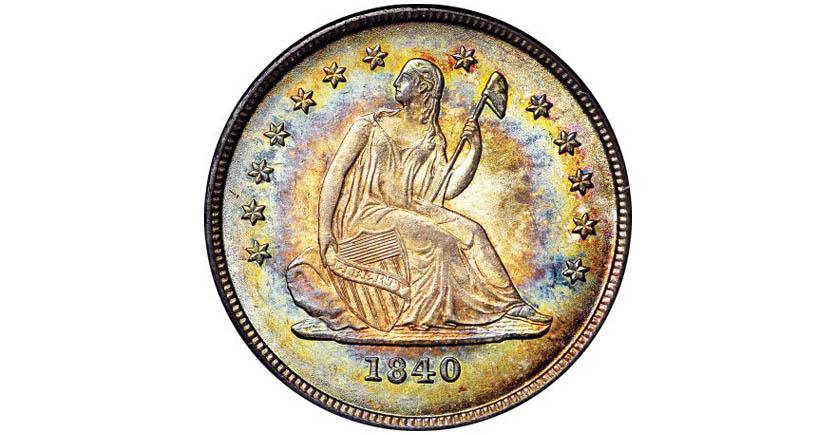 But many nice pieces in the sale were sliiiiiightly more affordable, including lovely and original coins with excellent eye appeal, and others that had been dipped years ago and now retoned in an especially pleasing and dramatic way.

On the other hand, there were some coins that were harshly cleaned, with heavy hairlines under toned surfaces, many that were simply very ordinary and a bunch that were dark and dull and, in this author’s opinion, environmentally damaged and not desirable at all.

In other words, it was an extremely mixed bag which definitely (D-E-F-I-N-I-T-E-L-Y) needed to be viewed in hand and up close to be accurately assessed, as nuances of surface quality and luster are impossible to discern in even the best catalog and online photos, and, in our view, the slab grades and CAC status didn’t always tell the whole story.

So we viewed carefully, checked and rechecked the lots, narrowed down the offering to the ones we liked best and ultimately bought about three dozen coins in the session.

And when we say bought, we mean actually bought.  We did not represent anyone at this sale or spend anyone else’s money.  We chose the coins that we ourselves liked and would want to collect and that we would be proud to offer on this site.  Which is where they will be over the next few weeks.