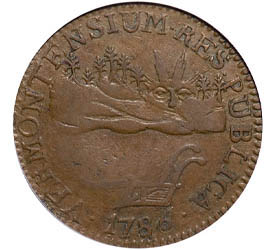 This idea for a Coin Commentary was submitted by one of our customers, and I liked the idea so much that I just started flailing away on the keyboard immediately.

You see, there are some coins that are on so many want lists, and which are so popular, that if we could locate ten (or, in some cases, 110) examples we would buy them all and would be able to sell them all in short order.

In reality, there are probably a few dozen coins in this category and which could be listed here, but today we’ll satisfy ourselves with ten that readily come to mind (presented here in chronological order):

1652 Pine Tree Shillings
Original, Attractive VF – Unc.
This one is a bit different than the others listed below in that we can actually occasionally find coins that qualify. On the other hand, demand is enormous, and far out-paces the supply. We buy every single coin like this that we see and they don’t hang around very long on the site (some don’t make it to the site at all). But note that I said ‘original’ and ‘attractive’; there are a number of coins floating around out there in the holders of the two major services that, in our opinion, don’t deserve to be there. We have zero interest in those.

1737 & 1739 Higley Coppers
Any Grade
Of all the colonial issues, this one seems to have captured the imagination of more collectors (including those who specialize in colonials and those who don’t) than any other. The folk art style design and crude deer motif are amazingly popular, and an awful lot of people seem to want to own one. This is also the one issue we would readily buy even in low grade or with problems – that’s just the way they come.

(1785) Bar Coppers
Choice, Original Examples in Any Grade
Bar Coppers do trade with some frequency, but most are cleaned, or damaged, or corroded or flawed or are otherwise unattractive and undesirable. And don’t forget the large percentage which aren’t even real. We buy every nice, original, genuine piece we see, which ain’t many. We can’t even remember the last time a really choice one traded publicly in a major auction – it was at least four or five years ago. Heck, even John Ford didn’t have one.

1785 – 1786 Vermont Landscape Coppers
Original VF – Unc. on Unflawed Planchets
This is another issue with a really interesting and popular design, unfortunately, the great majority come on flawed, ugly planchets. Not surprisingly, everyone wants one on a nice planchet and there sure don’t seem to be enough to go around.

1793 Chain Cents
Choice, Original F – XF
Chain Cents in F, VF and XF holders trade with some frequency, but that’s not what I’m talking about here. I mean a real, original, light chocolate brown coin with hard (porosity-free) surfaces and no damage. If someone offered us 100 of these (which is almost certainly impossible, since we doubt that many nice ones exist), we’d buy them all in a New York minute. In the last two years, we have been able to buy a grand total of two (2) which met this criteria (including the tasty one in our archive).

1793 Liberty Cap Cents
Any Pleasing Certified Grade
There are some truly awful ones out there in holders (and even those always seem to find buyers), but we don’t want them – we are referring to nice, reasonably graded pieces. This issue is one of the stoppers in a US type set, and the number of people who want a nice one far, far (F-A-R) exceeds the supply.

1796 – 1807 Bust Right Gold, All Denominations
Crusty, Unmolested VF – AU
Of all the things we offer, these pieces go as fast as anything. People seem to unanimously love this design, and the price / value relationship is hard to argue with – especially in comparison to all sorts of more common, less interesting issues of most any series. Plus you cannot beat the mystique of early gold.

1815 Capped Bust Half Dollars
Pleasing XF – AU
We just had one of these in the last few weeks, and based on the number of people who emailed, called and asked about it we could use a few (dozen) more. Whatever comments people make about Capped Bust Halves and the current price levels, it is undeniable that this is one of the most popular series extant, and the key dates in this series are wildly in-demand.

1829-1834 ‘Fat Head’ Half Eagles
Original XF – Unc.
Another key type coin and another issue which we just can’t find enough of (unless we want ex-jewelry pieces or coins which have been horrendously or violently cleaned, which we don’t).

1840-1866 Liberty Half Eagles, All Dates and Mints
Crusty, Original XF-AU
While most of the coins on this list are ‘old standbys’ which have been extremely popular and in demand for years, this is a series which might not have been included here just a few years back. But times change, and the number of people seeking choice, original examples of these coins seems to have increased at the exact same rate as the surviving population of original coins has decreased (as a result of the efforts of the cottage industry of strippers and dippers out there).

Perhaps in a subsequent Coin Commentary we’ll list ten more. But in the meantime, if you have any of these issues which meet the conditions / qualifications listed, and you want to sell them, it might be a good idea to give us a call.