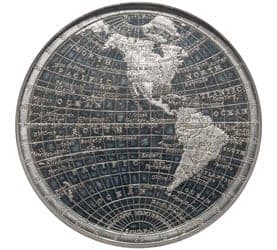 As usual, we’re going to tell it like it is in our Coin Commentary.

You see, we actually have a number of incredibly clever new topics lined up and ready to go for this section of the site (based on lots of good suggestions by many of our regular visitors), but frankly it seemed odd to post some of them at this point.

Many of these articles are lighthearted, or very witty (some unbelievably so), and we weren’t sure that such topics were appropriate at a time when a lot of people are probably thinking about more serious topics like the US economy, their 401k, and (eventually, after other more important things) the state of the rare coin market.

Given that, we’ve decided to get serious and focus on a weighty question today:

What is a collector to do in an uncertain market?

And you know what?  This is actually a pretty easy question for us to answer, since we’d advise the exact same things we have always advised:

Focus on choice, original coins.
Quality matters now more than ever.  And, in our view, it is likely to matter even more in the future.

Stick to classic issues.
We favor issues which are genuinely scarce to very rare, difficult to find, sought by serious collectors and not subject to (most of) the vagaries of the speculator / investor market.  There have always been fads in this business, huge run-ups in some series, and the occasional inexplicably high price for some coin at auction.  But all during these periods of craziness in the past, there was a group of serious collectors going about their business of adding to and enjoying their collections of classic coins.  The market for true collector coins was stable and even increased during the depression and World War II, which is indicative of something.

Avoid coins which have an excessively large percentage of their value tied to a (sometimes seemingly arbitrary) holder grade.
While there has no doubt been a thriving market for such issues in recent years, we have always been uncomfortable with the prices for mega-grade coins, especially those which are readily available in slightly lower grade.  Which is why we don’t inventory coins like these.  If a gorgeous MS66 type coin is worth $3,500, should an MS68 (which may well be no better and is often less original) be worth $30,000?  Not to us, and not to the collectors we cater to.

Only buy coins that you can comfortably afford.
We’ve always felt that coins are a luxury and should be purchased with discretionary funds.  Which means we don’t want to see collectors overextend themselves, and we definitely don’t recommend that they borrow money to buy coins (even if it means that we sell fewer coins in the process).

Thin the herd when prudent to do so.
Do you own coins that no longer match your current collecting interests?  Or have you taken some sets about as far you can?  It might make sense to consider selling such coins and reallocating those funds elsewhere.  We would also recommend ‘selling into strength’ those coins whose values are strong at this time – it only makes sense.

But clearly not everyone thinks this way.

Over the last several weeks, we have heard from dealers and collectors alike who have been watching the financial news day by day, apparently planning to buy, not buy, keep or sell coins based on the latest stock ticker data.

To which we would respectfully say that if your collecting strategy is subject to change on a daily basis depending on the movements of the S&P 500, you might not have had the right strategy to begin with.

In conclusion, we’d say to stay calm, follow these basic guidelines and think of coin collecting as a pleasant diversion from more serious issues.

After all, that is one of the reasons you started collecting coins in the first place, isn’t it?