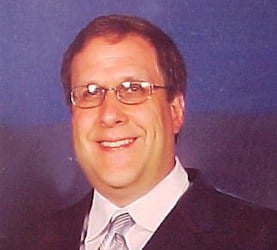 Interesting times in the coin market.

After an almost unprecedented multi-year run-up in demand, prices and euphoria, we are seeing some changes. Some areas of softening. Some areas of signficant change in buyer mentality. And some areas which are racing – no, make that raging – ahead without missing a beat.

Beginning with the last category first:

Original, fresh, and high-end-for-the-grade coins continue to do extremely well.

Coins from old collections that have not been improved or conserved are selling for huge premiums over their ‘in-the-holder’, unoriginal product brethren at public auction. In fact, old-time original coins are selling for strong money even if they aren’t that great.

For those who have been predicting the eventual recognition of, and appreciation for, original coins, I think we’re already seeing it.

A good example would be some of the pieces offered in the ANR Glode Requa sale in New York. There were a handful of pieces Massachusetts silver from a 1966 Mayflower Auction. The coins were totally original (thats good), and had not been on the market in 40 years (thats neat), but were not particularly eye-appealing or especially well-struck or well-centered (thats disappointing). And most were ‘only’ VF or so in grade. Yet at auction there was a minor bidding frenzy with multiple participants in the room and the phones, and all of the coins sold for prices which were probably 30% higher than one would have seen for typical holdered Massachusetts silver of the same type.

What does it mean? I think it means people love original, crusty coins and are willing to pay a premium to own them. Add choice for the grade and eye-appeal, and you truly have a winning formula.

Anything especially rare, sexy and cool is easy to sell. People want them, and are willing to pay for them.

The biggest problem at this moment (just like every other moment in the long history of numismatics) is that there aren’t very many of these special coins on the market or available. They rarely trade. Anything that does come up gets vaccuumed up in short order.

This is a really big change. These same not-so-nice coins (which tend to make up the majority of what you see in some of the major auctions, by the way), and which were selling well and setting new records a few months back, are now lingering and, sometimes (gasp!) going for under graysheet bid.

This is a big deal, and it has some big(ger) implications. A lot of these ‘product coins’ in major auctions were consigned by dealers looking to liquidate slow-moving inventory. For a long time, this mechanism worked great for a lot of people, producing strong prices on most everything, generating lots of cash and enthusiasm and fueling the market. But if such coins are now slow and sell for considerably less than a few months back, some dealer liquidity will to be affected and there will potentially be an impact on other prices.

As most people already know, $2.50 Indians and $3 gold in particular have taken a beating of late.

There are many reasons, and many theories, all of which probably have some merit. Dealer promotions ended abruptly, Buffalo gold and other mint products sucking collector dollars out of the market at an unprecedented rate; gold down $100/oz., the economy leveling out, etc.

So, what does it all mean? And what do we do?

For us, all of this is interesting, but it hasn’t changed our philosophy or what we will do in the coming months one iota.

We believe in the same things we have always believed. We like originality and will always pay a premium for it. We believe that truly rare coins are always in demand and will stand the test of time. And we believe that the best coins to own are those that are worth the same amount of money whether they are in or out of a holder.