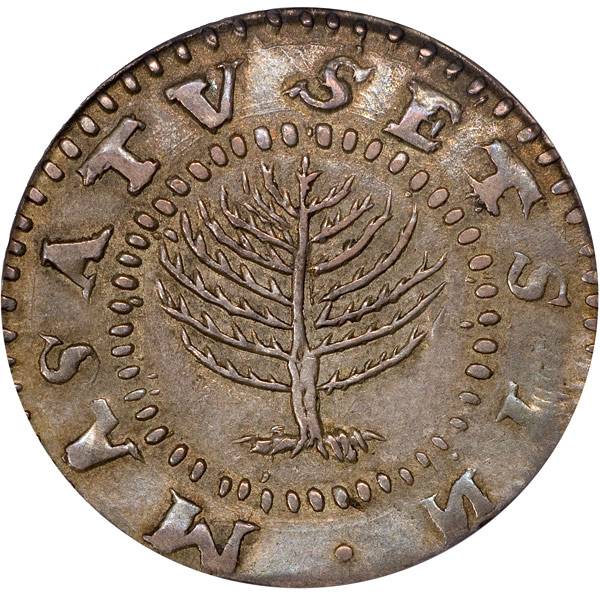 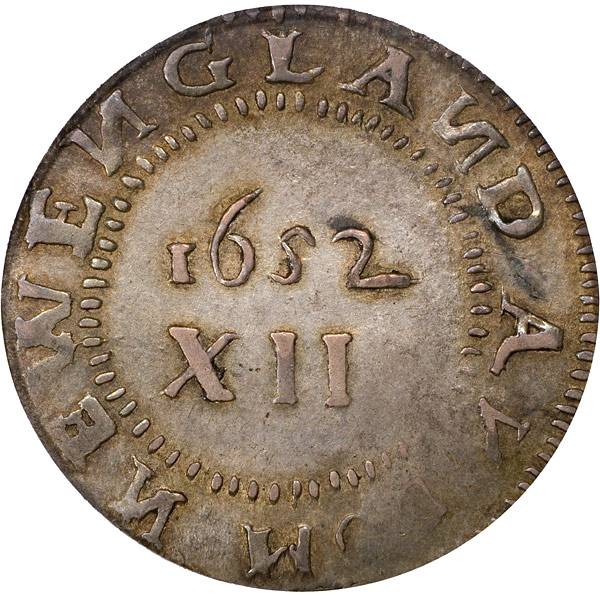 Noe-11, the distinctive variety with the MASATVSETS spelling and all N’s in the legends backwards.  Considered to be Rarity-4 (though we’d argue that’s not high enough).

And this is a spectacular example of this seldom seen variety, certainly among the best few known.

Well centered and sharply struck save for the lower right reverse (which is fairly typical for this issue) on a broad nearly round planchet.  The color is a beautiful silvery-blue with golden toning in the devices and original mint frost lingering here and there.

This piece might well be called mint state by some (including Carl Wurtzbach, who described it as ”Unc – A valuable gem coin” in the 1930s).  Regardless of the grade assigned, this is about as nice an example as realistically can be obtained.