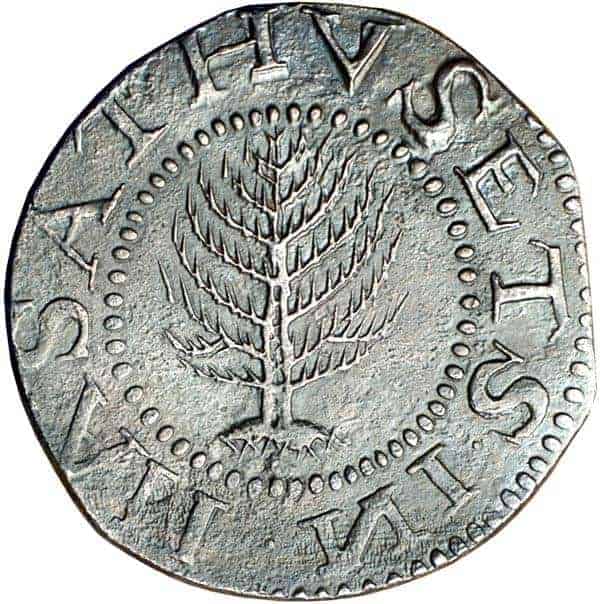 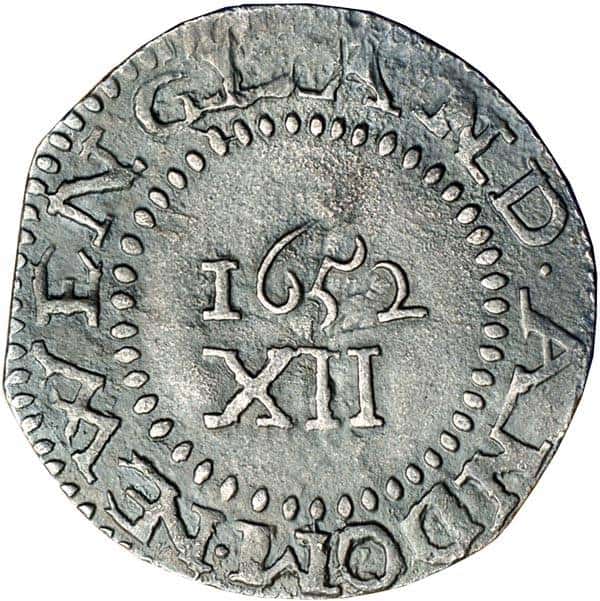 Noe 8 variety, and, like the preceding, one of the most aesthetic designs of the Massachusetts silver series. Considered to be Rarity-4.

A coin which bears evidence of long-term immersion in seawater, and which therefore cannot be certified by the major services.

The surfaces are slightly rough and the color is a very uniform and even blue-gray as is typically seen on shipwreck coins. Absolutely atypical is the exceptional detail present on this specimen, indicating that it was a pristine uncirculated example when it met its unfortunate plight. Notably, this example of Noe 8 is also struck from the earliest state of the dies that we can ever recall seeing.

We cannot verify with certainty, but believe this coin was recovered from the wreck of the HMS Feversham. The British naval vessel sank off Scaterie Island, Nova Scotia in 1711 and was recovered 285 years later in 1996.

The Feversham salvage was particularly important to numismatists, as she was carrying a wide variety of colonial and early American coins that were actually in circulation in New York at the beginning of the 18th century.

Among the coins recovered were some 120 Massachusetts silver coins, most well-worn and badly distressed.

An interesting piece, and an opportunity for the collector to acquire an historic and fully detailed example of Massachusetts silver for less than a King’s ransom.