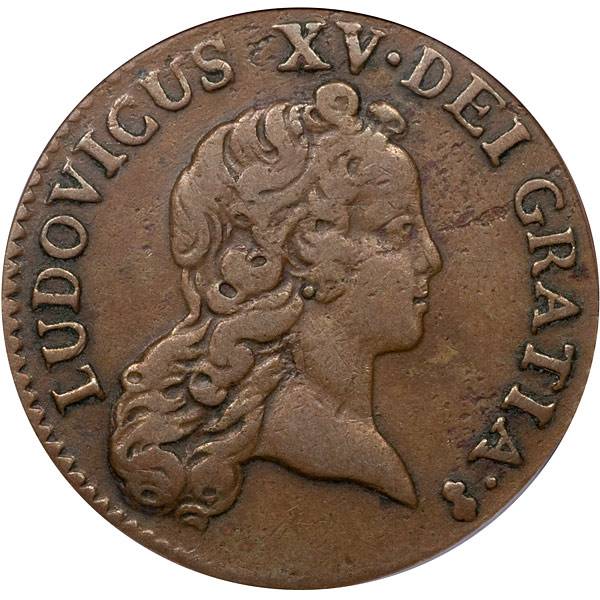 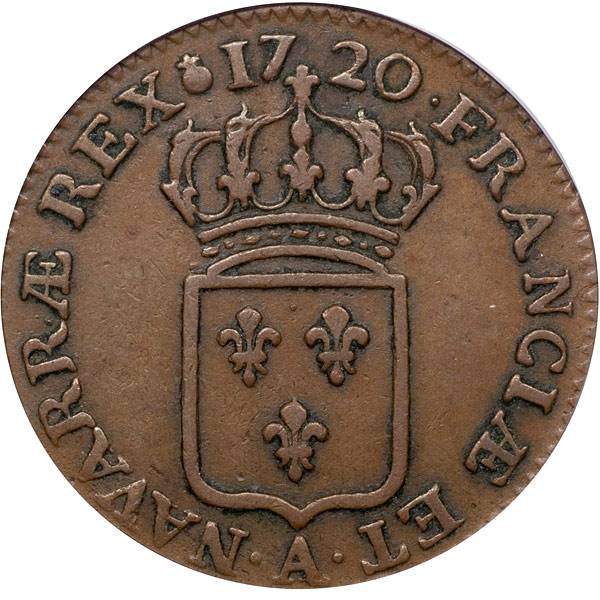 Struck at the Paris mint.

An underrated issue and a nice example of the coins of John Law, architect of the plan to colonize Mississippi, and controller of the French mints from late 1719 to early 1721. As such, any piece struck in the year 1720 (and only 1720) is by definition a ‘John Law’ coin and bears some connection to the early American colonies.

This is the one copper denomination and mint listed in the Redbook (though curiously the coin pictured in its place is wrong and has been for years, bearing a bold B mintmark indicating it was struck at Rouen!).

This issue was also missing from the otherwise comprehensive Ford offering (perhaps the largest collection of John Law coinage ever assembled) – in fact the only other distinct specimen we’ve traced in any past auction was a lone example in the Garrett sale in 1980, there described (erroneously, as it turns out) as unique.

This coin itself is 100% original with lovely golden brown color and just a few unobtrusive planchet striations, as made, in the right obverse field.