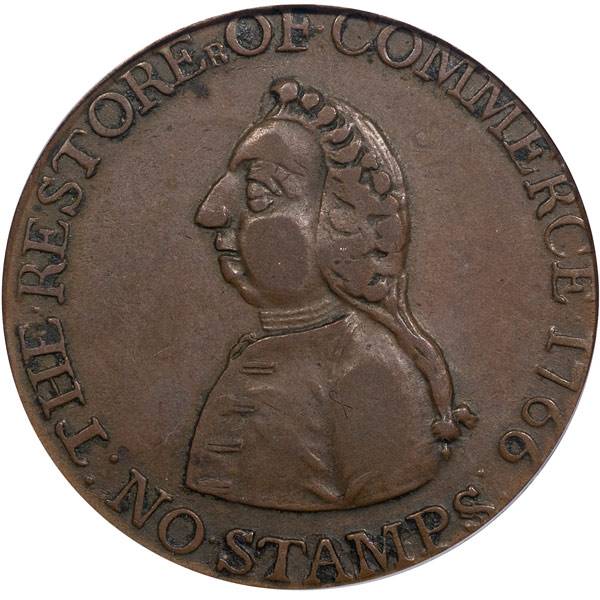 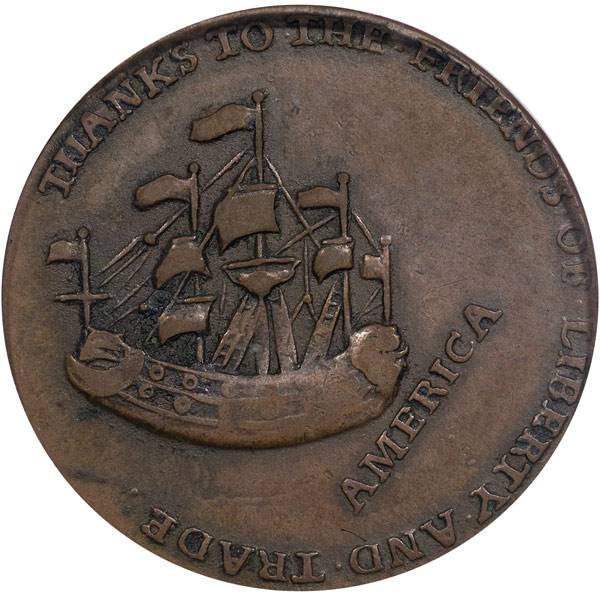 Breen-251, W-8350 variety (note that W# refers to the listing of this item in the Whitman Encyclopedia of Colonial and Early American Coins).

One of our favorite early issues based on its distinctly American subject matter and its charming folk-art style design.

But one will note that the engraver originally omitted the last ‘R’ in RESTORER, and then tried to squeeze in a tiny one as if no one would notice.

The reverse is cool too, with an early use of AMERICA (a very uncommon thing on a coin of this era), but oddly placed at an angle suggestive of an afterthought.

This example is a nice golden brown with just enough crust in the letters to indicate total originality.