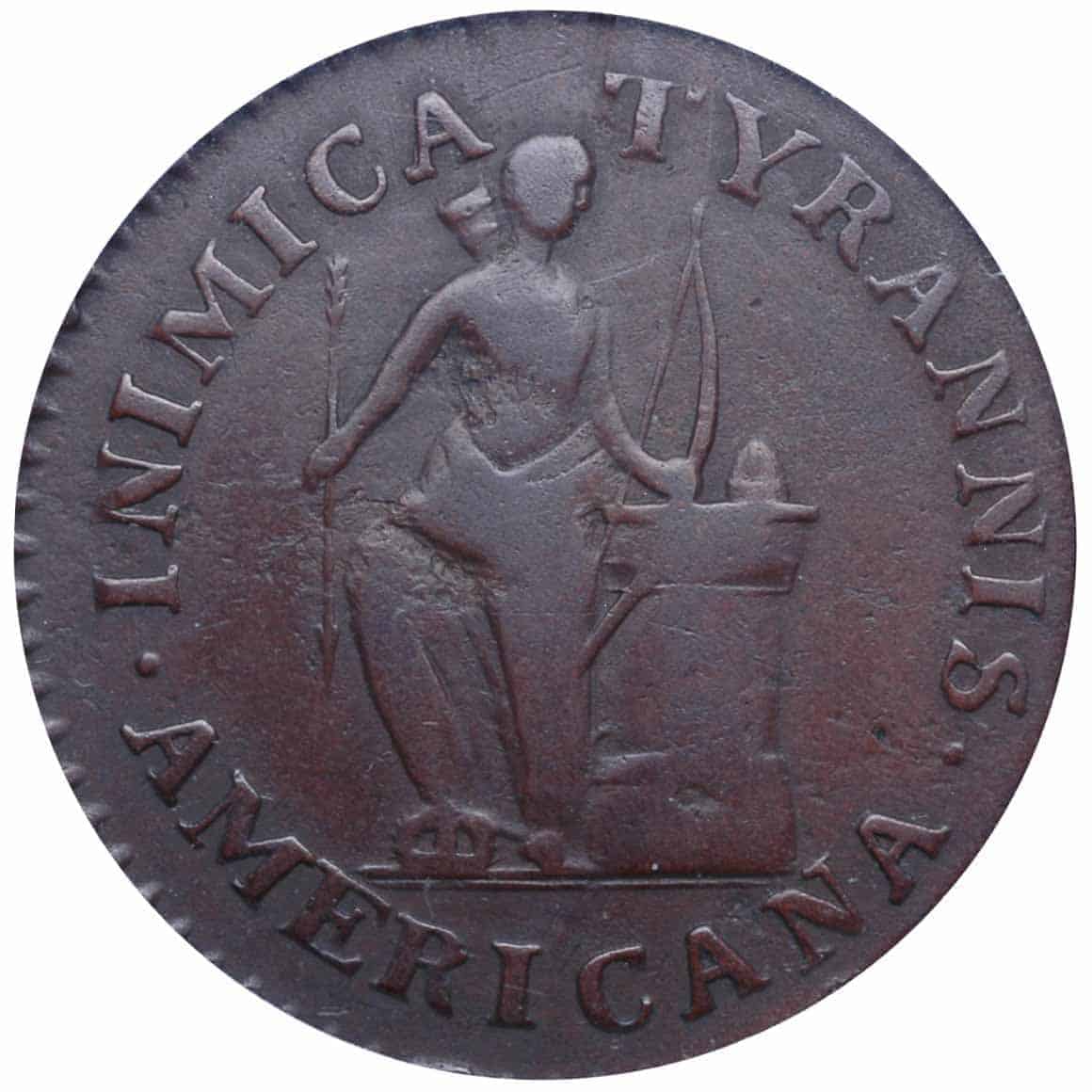 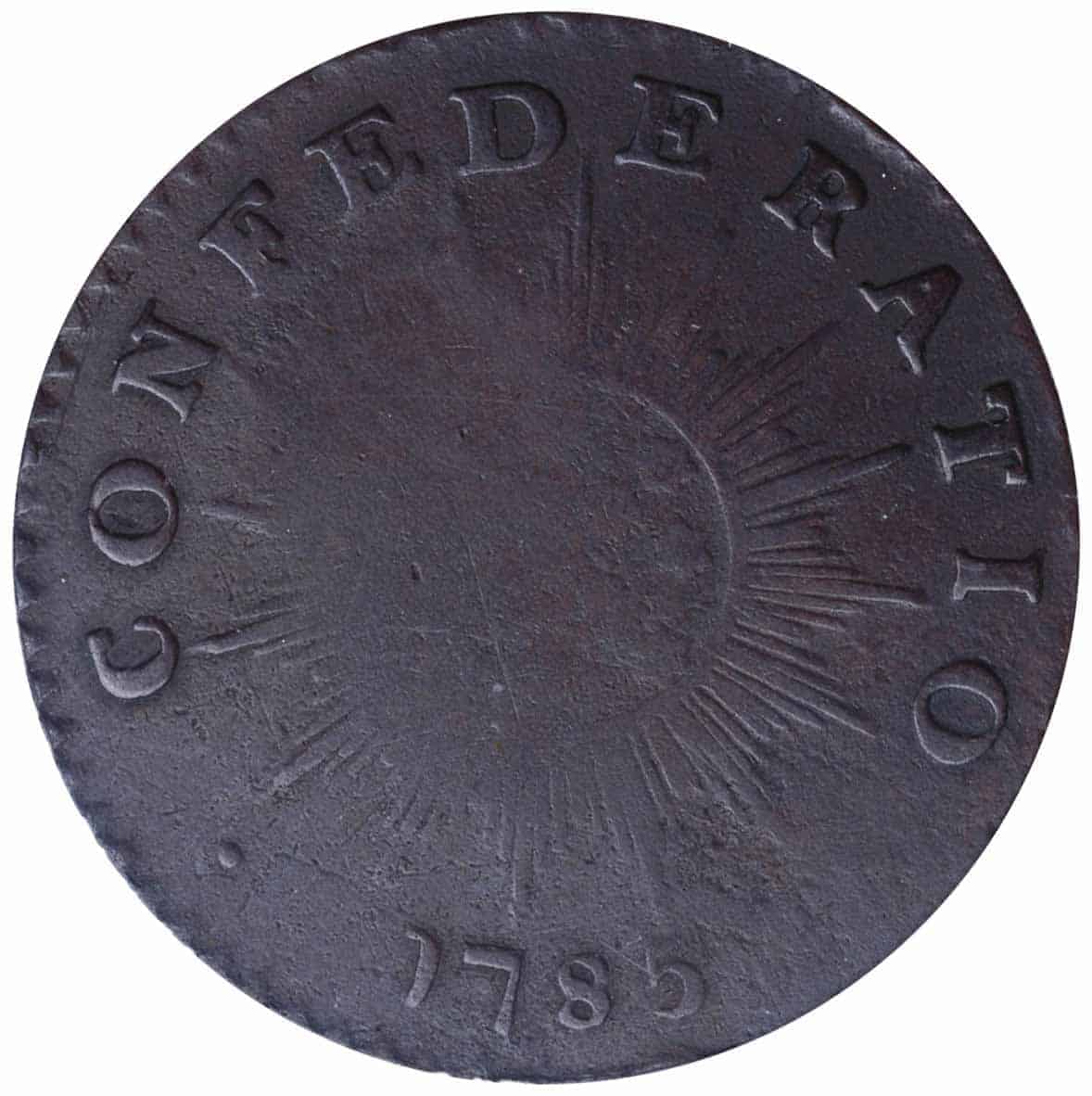 Simply one of the coolest coins in the entire colonial series.

Based on a design put forth by Thomas Jefferson, this issue bears the distinctive image of Diana the Hunter (symbolic of freedom) trampling the English crown, surrounded by the legend INIMICA TYRANNIS AMERICANA (America Opposed to Tyranny).  The reverse mimics a sketch done by Jefferson depicting stars representing the original colonies with the legend CONFEDERATIO (Union) above and the 1785 date below.

The coin itself is an even mahogany brown with no singularly distracting marks, though the central reverse is quite weak.

Our own census studies reveal a total of 7 of these, including two with severe pitting that, in our opinion, would not be ‘slabbable’ by current grading standards.  Of the few ‘nice’ pieces, most are locked up in various museums and tightly held collections, making this one of perhaps 2 or 3 that are actually possible to own.