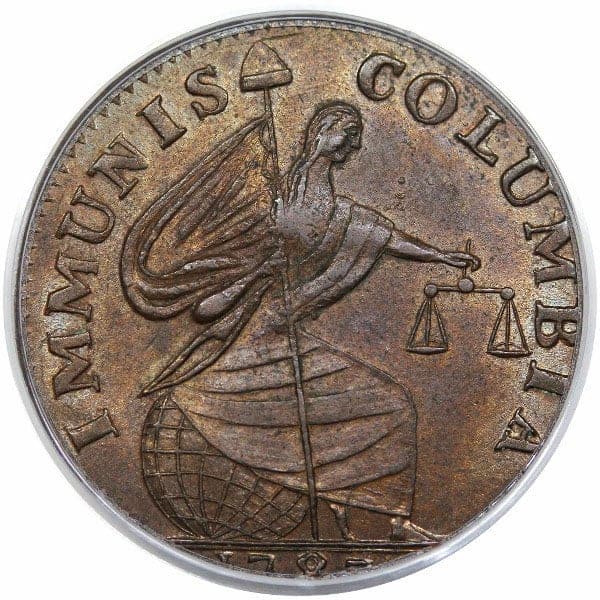 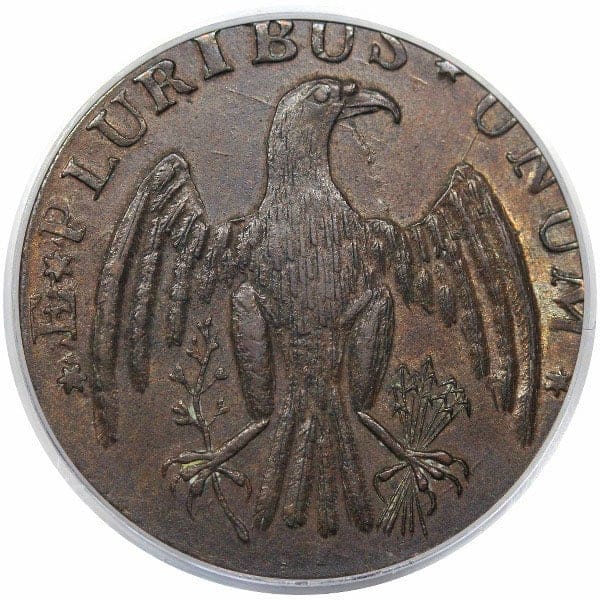 One of the really interesting pieces in the colonial series, with the obverse legend IMMUNIS (Latin for "free from tribute or tax") COLUMBIA (the land of Columbus, i.e. America), which can thus be interpreted as  "America free from tribute".

This type was once considered to be a pattern for federal coinage, but clearly this is an issue which must have seen circulation given the number of survivors extant with considerable wear.

But this choice unc. is a superb example of this issue, described by Q. David Bowers in the Eliasberg catalog as “. . . probably in the top 1% of those still in existence."