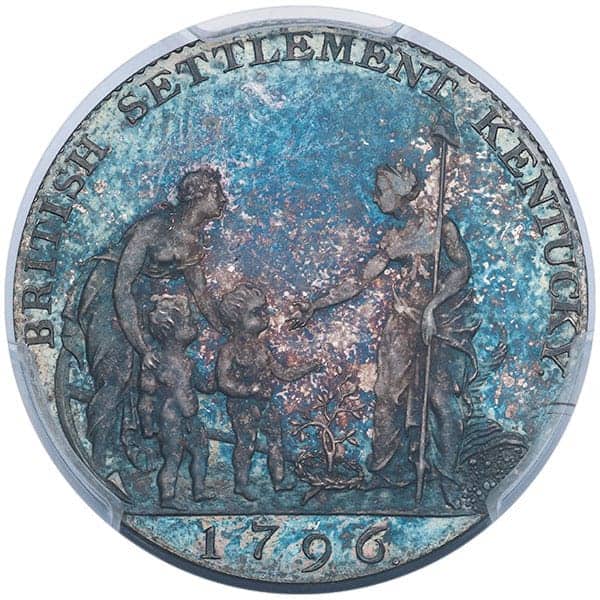 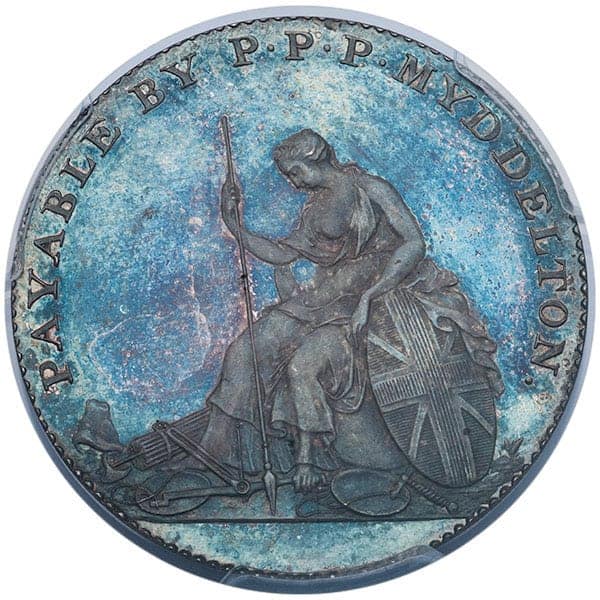 Breen-1073, W-8905 variety, Struck in Silver.  Considered to be Rarity-6 with 20-25 survivors known in grades ranging from ~XF to impaired proof to a few really Choice Proofs we’ve handled through the years.

But none of those can hold a candle to this fantastic, vividly toned über-gem.

And Ford cataloger Michael Hodder agreed when describing this piece in the 2005 Ford sale:

“Gem Brilliant Proof . . . An astonishing example. The obverse and reverse are both toned in pale gray, iridescent blue and bright dramatic rose. The fields are bright, clear and fully prooflike on both sides. The central devices are sharply struck and pleasingly frosted.”

To which we can only add that if you are seeking the finest known example of what is arguably the must beautiful coin in the American colonial series, well, then, you’ve come to the right place.