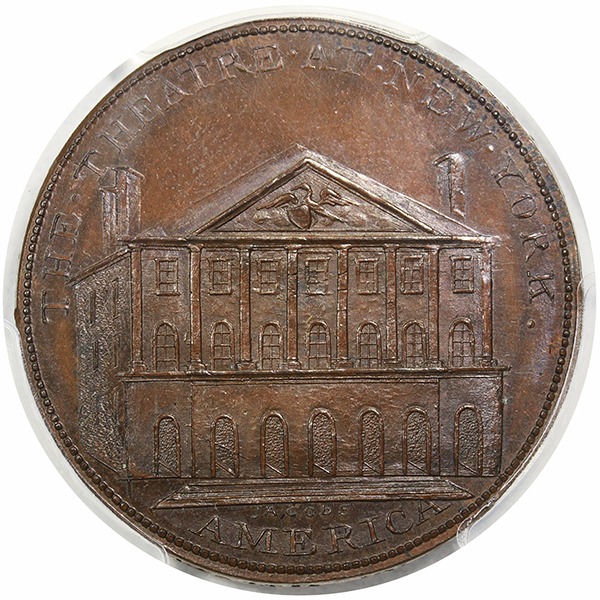 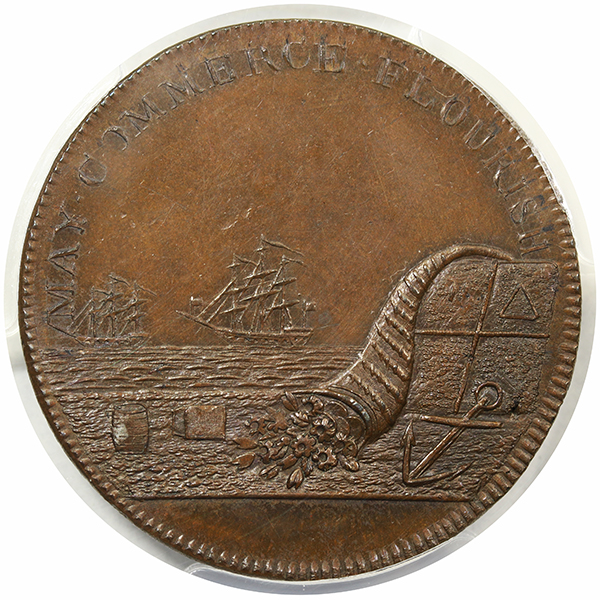 An interesting XL issue minted in England as part of the Conder series, but included in the Redbook and widely collected in the U.S. Colonial series based on its American theme depicting the Park Theatre in New York.

And this is a lovely, choice+, deeply reflective example and one of the scant few struck from an early state of the dies before the reverse bulge forms, and thus represents this design as the original makers intended.