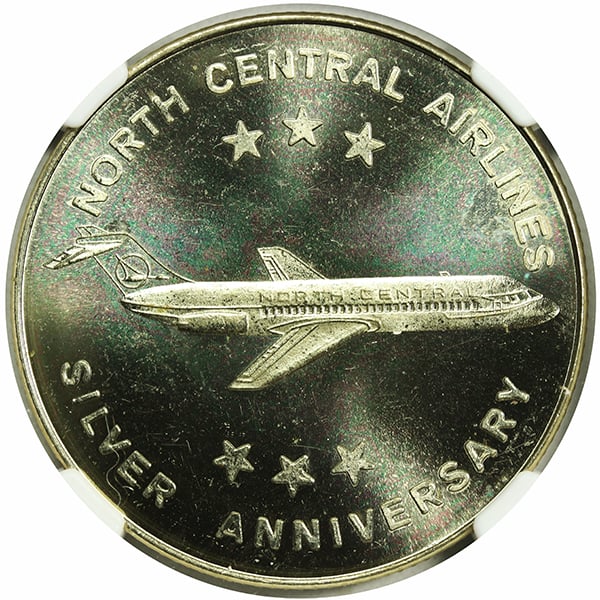 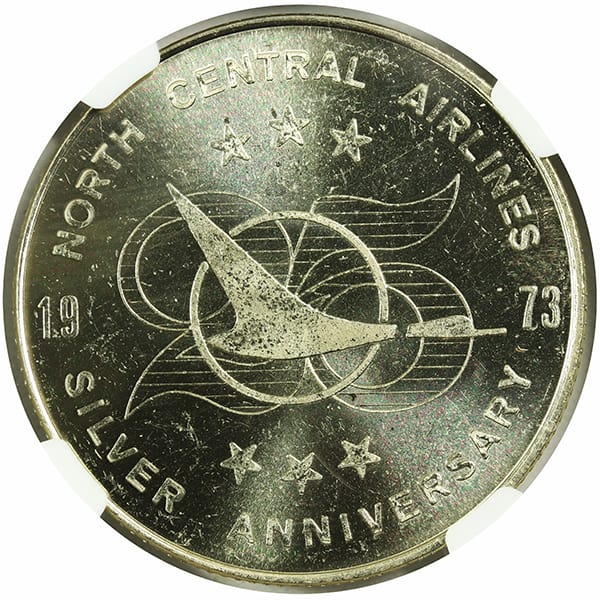 Last of our group, this struck to commemorate the 25th anniversary of North Central Airlines and featuring what appears to be a DC-9 on one side, and North Central’s ‘Herman the Duck’ logo on the other.

Haven’t flown North Central recently?  Actually, maybe you have – they merged with Southern Airways to become Republic Airlines in 1979, which later merged into Northwest Airlines, and then merged into Delta in 2010.  No more Duck though.