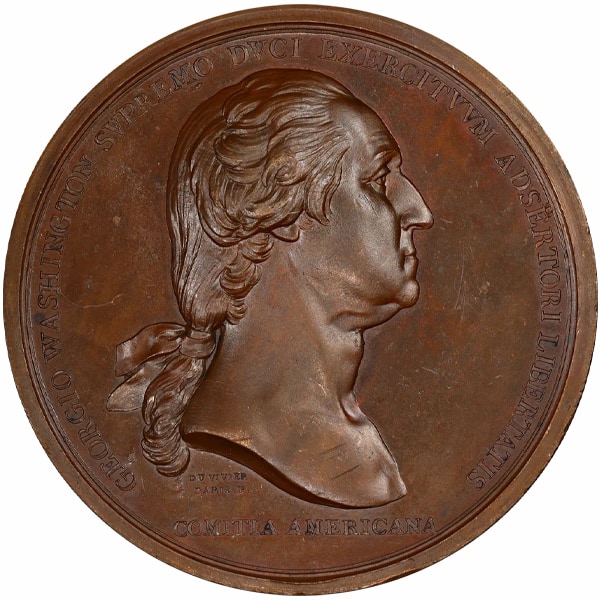 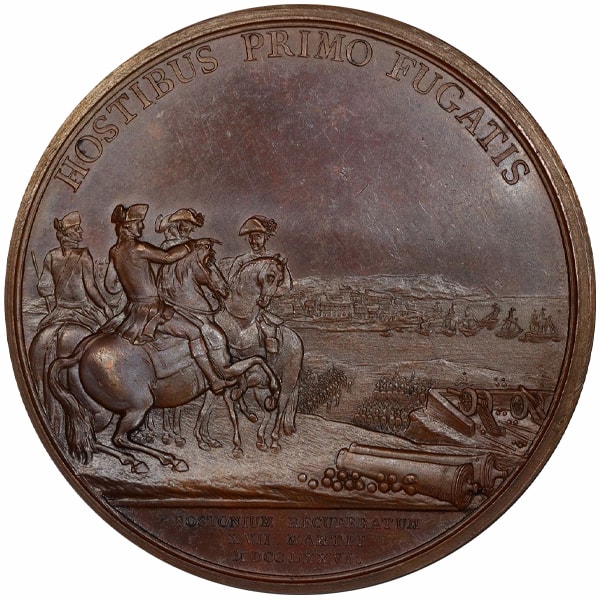 Baker-47B, Julian MI-1 variety, struck in Bronze in Paris from the original dies circa 1789.

A classic early American medal commissioned for George Washington for his achievement in routing the British from Boston in March of 1776, with a portrait of Washington on the obverse, and a portrayal of Washington and his troops overlooking Boston from Dorchester Heights on the reverse.

Washington was awarded the sole gold example of this type which now resides in the Boston Public Library where your author thrillingly viewed it during the 2010 ANA Convention held just down the road.

And while that gold one is of incalculable value and presumably permanently impounded, this lovely, original bonze example produced from those same original dies is available right here on our list.

The piece itself itself has pleasing mahogany brown color and just a few scattered marks commensurate with the 63 grade.