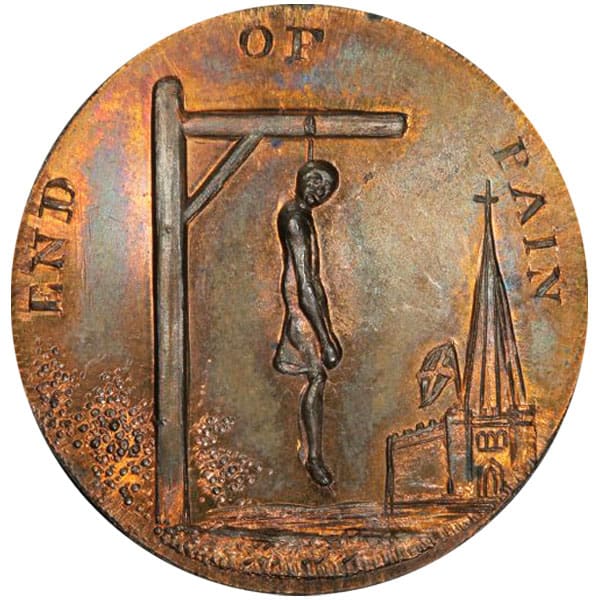 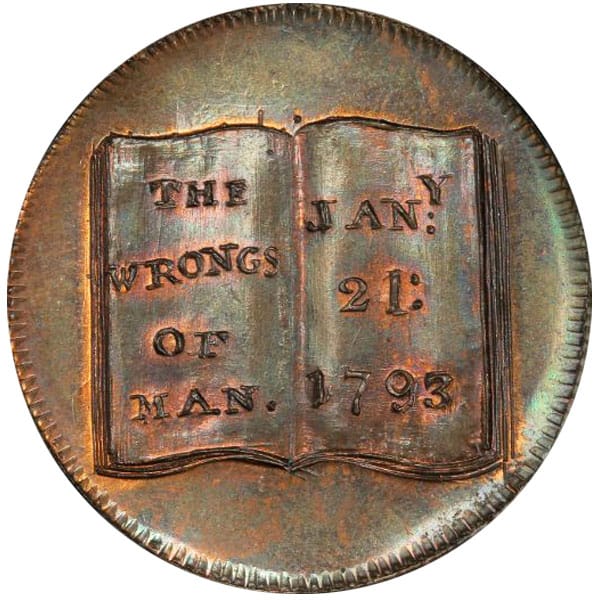 A classic issue in the Conder series, with its striking design bearing direct relevance to early America.

The ‘End of Pain’ legend is a pun on the surname of Thomas Paine, while ‘The Wrongs of Man’ title on the reverse book is a defacto review of his controversial ‘The Rights of Man’ published in 1791. The Jan. 21st, 1793 date shown marks the execution of Louis XVI of France.

Paine was reviled in England during this period for his anti-Monarchial views, as all-too-clearly indicated by the gallows motif. At the same time, of course, he was hailed as one of the heroes of the American Revolution (or the Rebellion, as the war is known in England).

And this is an extra-ordinarily lustrous, vibrant, eye-appealing, red and brown über-gem that is without question the single finest example we have ever seen.