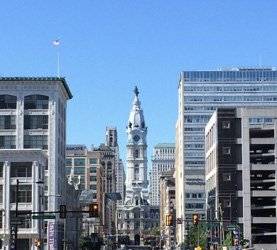 Important travel update: I was informed today at the airport security screening that I could leave my shoes on, which either means that they think I’m a senior citizen (possible), or the rules have changed without anyone posting about it on Twitter (unlikely). On the other hand, you still cannot put a 2 inch pair of tweezers in your carry-on bag, for which I blame that famous 1987 episode of McGyver where he uses one to take over a train [Editor’s note: the alternative ending to this sentence was “. . . even if your eyelashes are very, very long.”]

Regardless of which sentence was used, I did make it successfully to my gate where I am now typing this like crazy so I can finish before I get to Phila. And what do I expect when I get there? I’m not really sure, but my sense is it will be busy. And that would be good, since I have a veritable ton of new stuff with me, including coins from yesterday’s EB, but also things that weren’t imaged yet which will make their debut at this event with much fanfare.

But not until tomorrow, since today will be spent lot viewing, conducting wholesale business, schmoozing, undoubtedly pigging out at the Reading Market and generally having an excellent numismatic time. I hope.

Whatever happens, it will all be posted right here in this space as early as Thursday morning.

I would describe Wednesday as “successful” as evidenced by this checklist of things I accomplished during the day:

So I’ll be feelin’ good and ready to go when the bourse doors fling open on Thursday, the results of which will be posted right here on Friday AM.

On schedule, I strolled into the bourse floor at 8 AM and made my way to CRO table #625 where I saw that the convention center staff had already expertly attached and plugged in my lamps (the only show in the country where this happens), thus allowing me to focus on hanging the CRO banner, filling my cases with coins and putting them into some kind of coherent order.

And it was at the precise moment that I heard a kerfuffle down the aisle, with related scurrying, and then someone yelling “No”, and then “NO!”, followed by a very serious “NOOOOO!!!!!!!!” and then a tremendous crash when a large refridgerator-sized safe being installed at another table suddenly and dramatically tipped over crushing two bourse tables and absolutely flattening a booth chair in the process.  Fortunately, no one was sitting in said chair at the time, so things could have been considerably worse.

As it was, the debris field was slowly cleaned up over the next hour or so and everyone went back to what they were doing, which for me meant finishing setting up and then walking around looking for NEWPs.

And I was successful within the first few minutes, scooping up an extra-cool medal which will look spectacular on the next EB, then a few federal coins, followed by 3 world coins which another dealer brought to the table during a pretty busy period of wholesale activity before the show opened to the public at noon.

But when the public came in the real excitement began, with a much larger crowd than I personally expected, many of whom came to the CRO table all at once looking at coins, buying coins, trading coins and keeping me almost continuously busy all afternoon.

During which sales were surprisingly strong in all categories, with several customers buying multiple items, a number of people trading 1 or more coins toward pieces in the CRO inventory, and another dealer brokering a transaction for an expensive coin on the recent EB, all of which was of course most welcome.

There were also a few near misses, with a couple of customers considering coins but ultimately not buying them. At least not yet.

And then I looked up and it was 6 PM, and I was exhausted, so I went to dinner with a dealer friend and then headed back to the hotel to work up my bids for the Friday Stack’s-Bowers auction session which I finished at about midnight.

So I will be ready for what I hope is another busy day on the bourse on Friday followed by an auction which will run late into the night.

All of which will be described right here on Saturday AM.

With the bourse floor opening at the civilized hour of 9 AM on Friday I had plenty of time to get some work done at the hotel before making my way to the show, arriving at CRO table #625 at 9:05, removing the extremely secure upside down chairs from on top of the cases, clicking on the lights and then sitting back and waiting for the onslaught to begin.

With the first transaction of the day a very quick cash and trade deal with another dealer for a $5 gold coin which turned out to be a numismatic harbinger of things to come on a day when a lot of people wanted to make a trade of some kind or other.

Which is great for us, as we always try to make these trades work. And while we can’t always come to a deal, on this day we were a perfect 6 for 6, with a bunch of the coins we received destined to end up in the CRO inventory, and the others to be either consigned to auction or wholesaled just as soon as we can sort everything out.

But there were pretty good ‘regular’ sales too, in all categories, mostly in the $1,000 to $3,000 price range that always seems to be the numismatic ‘sweet spot’.

Which explains why most of what we bought on Friday was in this same range and, not that we specifically planned it this way, consisted almost entirely of federal coins. Hey, we can only buy what we can find, and on this day we found a lot of really nice federal coins, and then capped the day off by picking up a charming Hard Times Token literally 30 seconds before leaving.

And then having a nice dinner at Cosmopolitan, the fine restaurant with those hanging rattan chairs that twist and swing disconcertingly while you are trying to eat your seared tuna.

It was fun though, and what I would characterize as totally successful if not for the fact that I got back to my hotel late in the evening and discovered that I had a leaf on my head, which would make anyone ask themselves the following two questions:

So of course I removed it from my head and placed it in my wallet where I would be able to offer it as proof of this story if anyone asked.

Anyway, other than that it was all good. Saturday should be good too, as we expect to see a few more collectors at the show and face considerably less dealer competition (since a lot of the other guys left Friday so they could head to Long Beach for the auctions this weekend).

Whoever shows up, and whatever happens, it will be described in our final Philadelphia RR to be posted from the comfort of home on Sunday morning.

Well, after an excellent Wednesday, a very nice Thursday, and a thoroughly acceptable Friday, Saturday turned out to be a quiet day with less traffic than one might have expected / hoped for / dreamed about, etc.

Sure, there were some people milling about, but from my vantage point most attendees seemed to be just kind of oddly out for a stroll, occasionally peering into dealer cases (including CRO’s) almost as an afterthought.

Which meant that if I was going to make productive use of my time here (and justify another night in that expensive hotel room) it would be by buying.

Which I did, surprisingly, to the tune of about a dozen federal and colonial coins on this day, including one which I had received on a want list from a collector not 24 hours earlier.

Which, when added to the previous days’ efforts, made for a pretty darn good haul of new coins. And, as noted earlier, sales were already considerably better than expected at this venue, making this show a complete CRO success (and that’s not even including those absurdly good lunches from the Reading Terminal Market across the street).

So you can imagine my disappointment when I learned on Saturday that Whitman had decided to (and I quote) “focus on their successful Baltimore shows” and make this the last Philadelphia show.

Not that I was truly shocked to hear that, as schedule conflicts and venue costs had been an ongoing issue here, and the location close to Baltimore was perhaps not ideal. Which means that we will look to fill the void next year, possibly adding Houston (back) to the schedule, doing more PCGS Shows in Las Vegas and generally getting out and about as often as possible.

Such as this week, when the CRO road show will roll on to southern California for the Long Beach Expo, from where our next RR will posted 2 unbelievably short days from now.