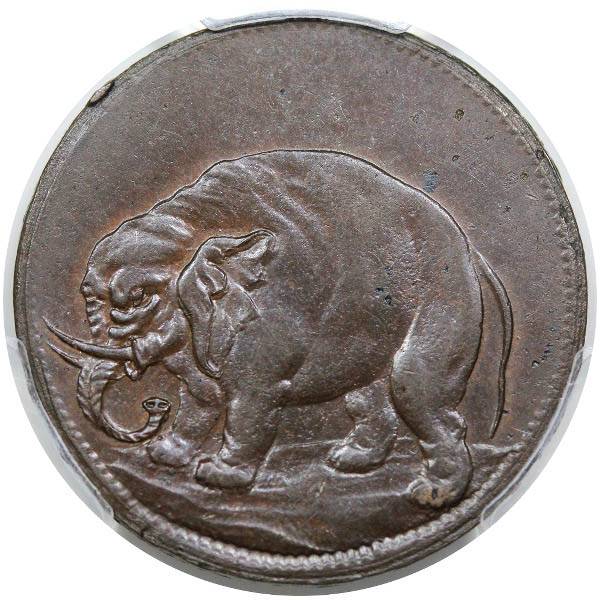 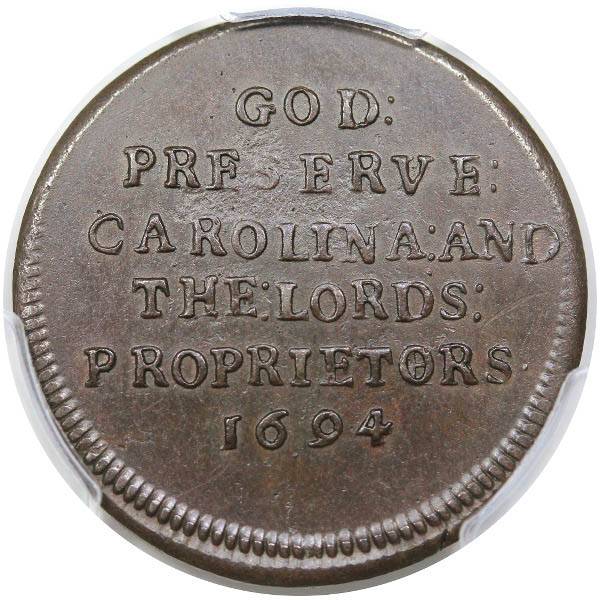 One of our favorite issues, with a charming elephant on the obverse mated to a reverse offering support for the “LORDS PROPRIETORS”, the eight members of the English nobility who originally received a charter from King Charles II to establish the colony of Carolina in 1663.

And this is a rare type, estimated by us to be R-5+ with around 40 known in total, but as many as half of those are either impaired or in very low grade.  At the other end of the spectrum, our own census research reveals just a couple of uncirculated survivors, the PCGS MS62 BN Ten Eyck-Ford specimen, and this lustrous, chocolate brown piece ex-Garrett long recognized as finest known.

The PCGS pop report is consistent with our findings, with 19 total graded to date, including this piece as POP 1/0, followed by the MS62 coin, with the next highest as AU53 and 13 of the PCGS population in grades of VF or lower.

In all, an amazing opportunity to acquire the finest known example of a rare, desirable and historic colonial issue for less than half the price of a toned Franklin Half Dollar in a recent auction.