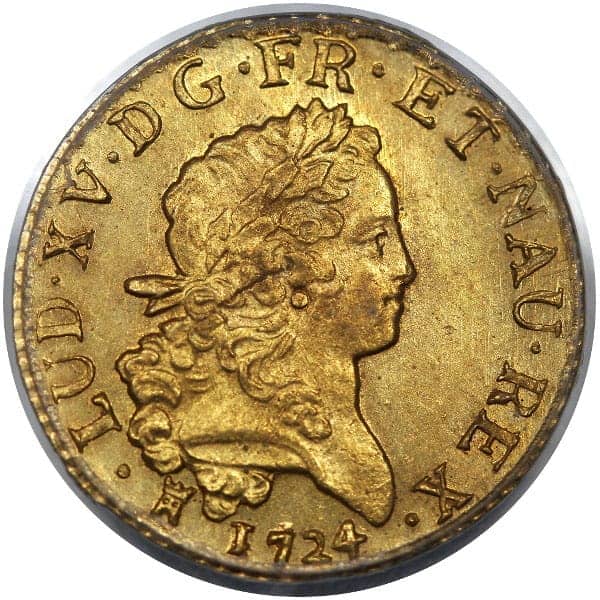 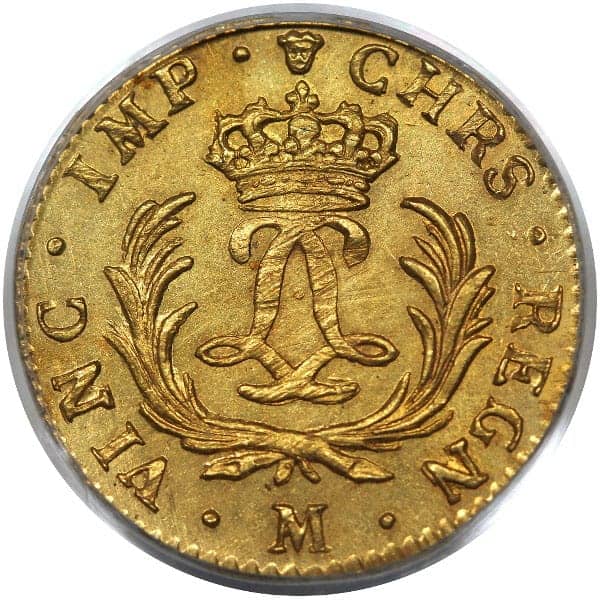 One of a few hundred examples of this gold type recovered from the Le Chameau, a French supply ship which sank en route to North America in 1726.

By definition, then, the coins on board were destined for the French Colonies here and by all rights should be considered part of the American colonial series.

When the ship was found in the 1960s, John Ford assisted with the numismatic salvage efforts and had his pick of the finest of the lot in payment.  When the Ford pieces came to auction in 2006, this was the single highest graded Louis D’Or in the offering.

To the best of our knowledge, just one other Le Chameau coin graded as high as MS63 at PCGS (also handled by us!), so one could make a compelling argument that this is the finest Le Chameau gold coin in existence.