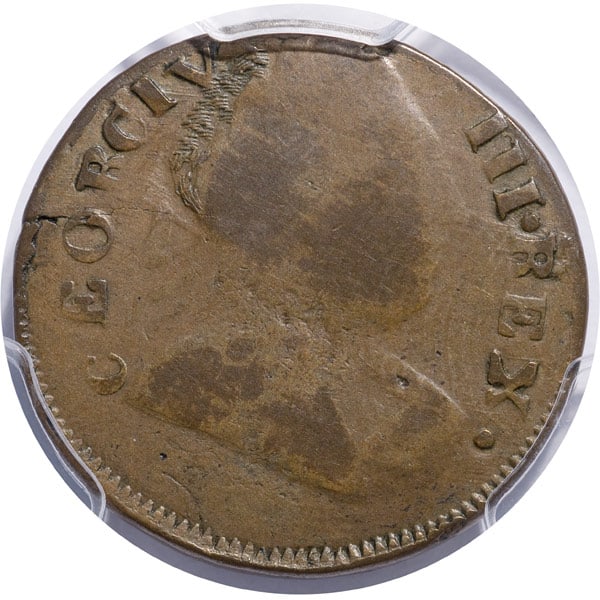 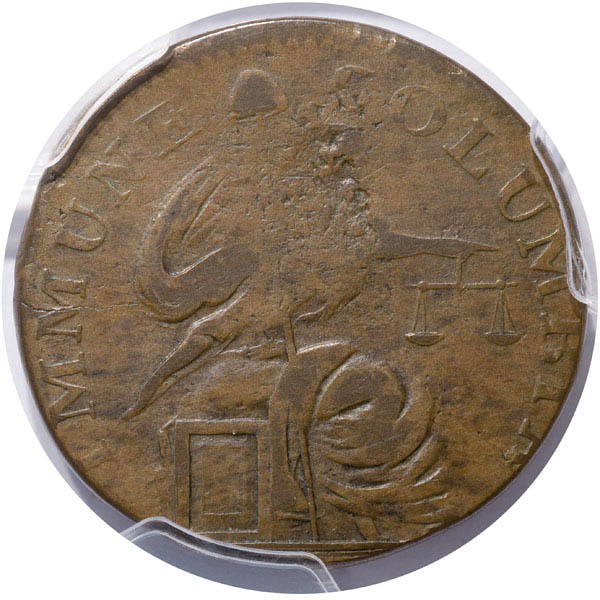 Vlack 15-85NY, W-1995 variety, estimated by us to be Rarity-6 as an issue with a verified population of 19 specimens, though many of those are impaired, flawed, very low grade (or some combination of the above).

One of the ‘sexy’ (well, to coin collectors) Machin’s Mills rarities, this is a crudely made issue marrying a George III obverse (engraved as CEORCIVS III REX) to a discarded IMMUNE COLUMBIA reverse.

Our own census research reveals the following examples:

We suspect there may be at least a few additional examples which we have not uncovered in our research, though we note that the Craige cataloger pegged the census as "about a dozen known", the Ford cataloger referenced just 14 different specimens, and the census included in the Norweb sale catalog listed only 8.

And while this piece is not perfect(!), it is downright choice for this challenging type(!!), with much better than typically seen surfaces and color and very little actual wear, and, to our eye, ranks somewhere around 5th or 6th finest known on the admittedly unscientific census above.

Objectively, it is the 2nd nicest example to appear on the market in 22 years, with only the superb 2004 Ford coin (sold by us last year at a considerably higher price) distinctly finer.

Note that this coin has been verified by CAC.